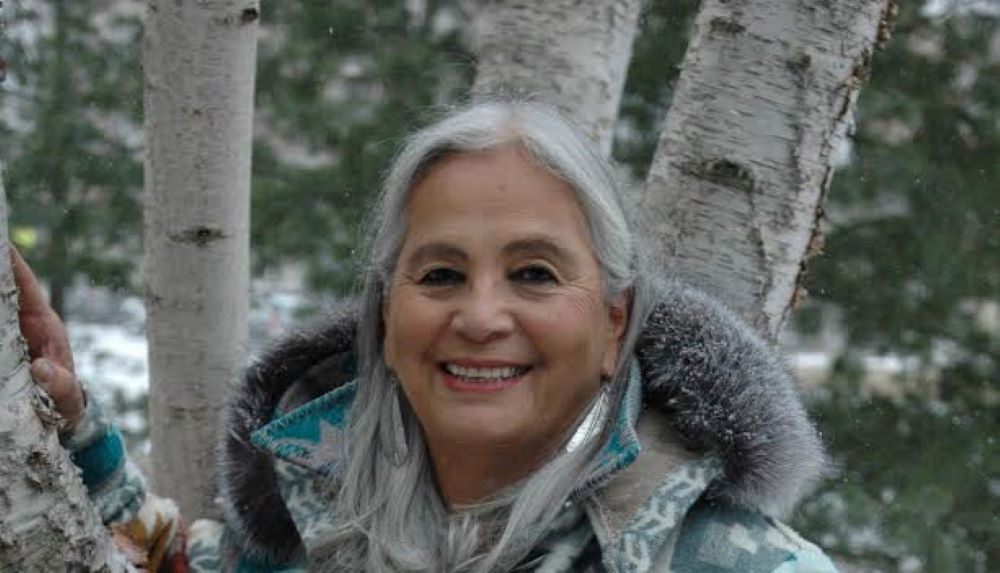 The U.S. federal government's initial report on Native American boarding schools, released May 11, recounts in dry numbers the facts of the United States' attempt to kill Indigenous culture and tradition through education:

Retired professor, poet and artist Denise Lajimodiere's 2021 book Stringing Rosaries brings those dry numbers to life. Lajimodiere, a citizen of the Turtle Mountain Band of Chippewa Indians in Belcourt, North Dakota, worked more than a decade on the book, which collects 16 oral histories of boarding school survivors. Catholic sisters ran many of the schools the survivors attended.

Lajimodiere was at the May 11 press conference in Washington, D.C., when the report was released, and sent her reaction to Global Sisters Report in an email. 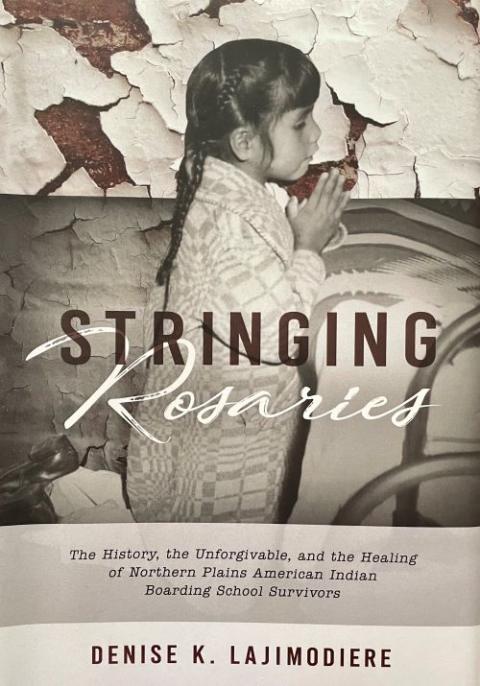 "Although joyful and full of hope, all of us present felt the heavy weight of this historic moment — we were representing and speaking for the generations of current boarding school survivors, and for the spirits of the children who did not survive the schools and are buried in marked and unmarked graves across the US," she wrote. "I thought of my parents who were severely beaten for not speaking English, and thus, never spoke our tribal language again in their lifetime. I felt them with me today."

Secretary of the Interior Deb Haaland plans a yearlong tour, "The Road to Healing," to allow American Indian, Alaska Native, and Native Hawaiian boarding school survivors to tell their stories. The department has partnered with the National Native American Boarding School Healing Coalition to share records and information in the federal investigation. Survivors can tell their stories through the coalition's website.

"Before we can heal we need to tell the truth," Lajimodiere wrote in her email. "I say let the truth telling begin."

Stringing Rosaries recounts, in first-person accounts, the trauma of separation, physical and sexual abuse, cultural obliteration, and the decades of repercussions that mistreatment caused. GSR interviewed Lajimodiere about the book in April.

GSR: Let's start with you. You didn't go to boarding school, but the three generations of your family before you did go, and that affected you profoundly.

Lajimodiere: The trauma in my great-grandma's blood was handed down to me. My father was an alcoholic, and they disciplined us kids the way they were disciplined. We were not hugged, not told "I love you." Now, I can understand why, but I didn't understand at the time. I even had trouble with being affectionate with my kids, hugging them. But I'm trying to make up for it with my grandkids.

One thing we need to better understand is intergenerational trauma and history. All the research shows the survivors have no parenting skills. Now, there's something called Boarding School Syndrome — it's basically post-traumatic stress disorder. They have intrusive memories, flashbacks, nightmares, attachment disorder, personal shame — they're ashamed of being Indian — trouble sleeping, poor anger management, deficient parenting skills and the tendency to abuse alcohol.

It's also called "disenfranchised grief" because it can't be publicly mourned. Some call it a "soul wound." 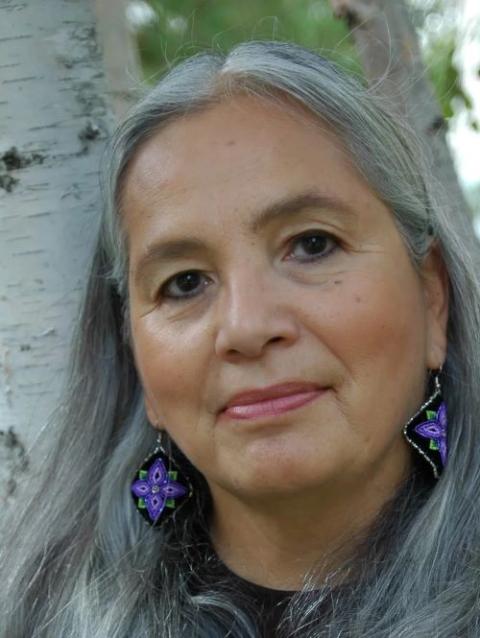 The book took years of research for a couple of reasons. Let's start with the first: the lack of records.

No one had ever asked the Catholic Church how many schools they operated. I spent 12 years looking for those. It was tedious and frustrating. I spent a week in the archives at Marquette University, going through 35 boxes of records.

We always knew there were unmarked graves, but how many schools had cemeteries? We don't know that.

Sometimes, when you do find records, they can't be released [because of federal privacy law on education records] or they're not accurate. I couldn't get my mom's records, but I found the records of her sister at Marquette. They said she was an orphan! The hell she was. She had two parents.

I call it America's best-kept secret. A reporter remarked that we were written out of the history books, but we were never written into the history books. And the stories aren't being told. So many survivors just kept it in their heads because they couldn't deal with the trauma. They just wouldn't talk about it.

The other reason it took so long, you wrote, is because you had to take breaks, sometimes for months, because the stories you were being told were so painful.

There's about 10 interviews that are not in the book because they wanted to tell their stories to someone, but they don't want them made public. They don't even want their children to know. It's hard for me to even go back and look at my files.

I think every boarding school survivor, like Holocaust survivors, they need to have their stories told. These children were literally stolen.

These people, they'd tell me: Please tell the world what happened to us. Some used a pseudonym because their families didn't even know. You internalize that. However bad I feel, though, is nothing compared to what they went through.

They were required to attend, forcibly taken if their parents refused, and if they were abused, there was no one to turn to.

There was no oversight. And it was a boarding school, so you couldn't go home and tell your parents. One survivor told me about two siblings on the phone, tears streaming down their faces, telling their mother everything was OK because there was a nun standing over them with a stick.

One woman in the book, when she finally returned, everything had changed. Her parents had separated, and her mom was not used to having kids and didn't know how to raise them. They missed birthday parties, family Christmases. You would look at these villages, and they were completely robbed of all their school-aged kids.

The book talks about how an apology might be the first step toward healing.

I am for an apology personally, but not everyone is. What it would look like has to come from the survivors. The pope made an apology to Canadians and is coming this summer to formally apologize on their land. Does he need to come here? Does that apology flow across the border?

There's been small apologies by individual groups, and that's nice, but we need something national, like the government or the pope.

For me, if the Catholic Church would just recognize the horrific, God-awful abuse that was done in the schools, that'd be a start. But I don't know if any apology would be enough.