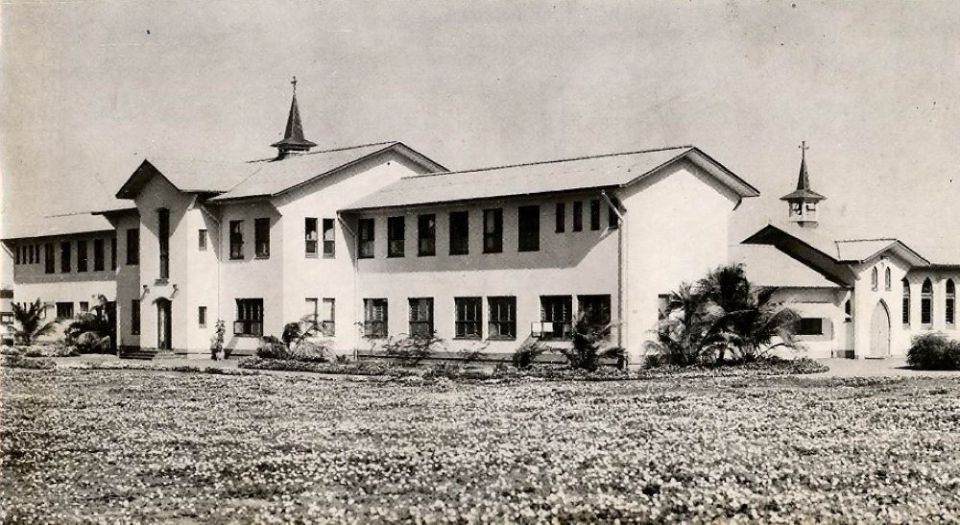 The Dominican Sisters of Bethany lived and worked in Aruba from 1952 to 1995. Their convent and chapel are shown here. (Courtesy of Marjolein Bruinen)

From 1952 to 1995, our sisters lived and worked in Aruba. We ran a children's village called Imeldahof. We but also worked in the school (to finance the children's work), in the parish and in the prison.

The children's village was taken over by a capable lay group when we left, and they still run it in the spirit of our community, the Dominican Sisters of Bethany, with the stated objective to "offer a temporary home and guidance for children who, for a variety of reasons, are unable to remain in their own homes. In most cases this is until placement with their own family or relatives or a foster family can be found."

Children's Home Imeldahof now offers shelter and guidance for 52 boys and girls ages 6 to 17 who cannot live with their parents or caregivers. The reasons are usually mental, physical and sexual abuse; neglect; or substance abuse by parents.

But the monastery, with the chapel standing on the site, was handed over to the government. Unfortunately, the government has not found a suitable use for it. There were plans, for example, to turn it into a "design hotel" (a super high-class hotel with wellness and other facilities for the very rich), but this was not compatible with the presence of a children's village on the grounds. 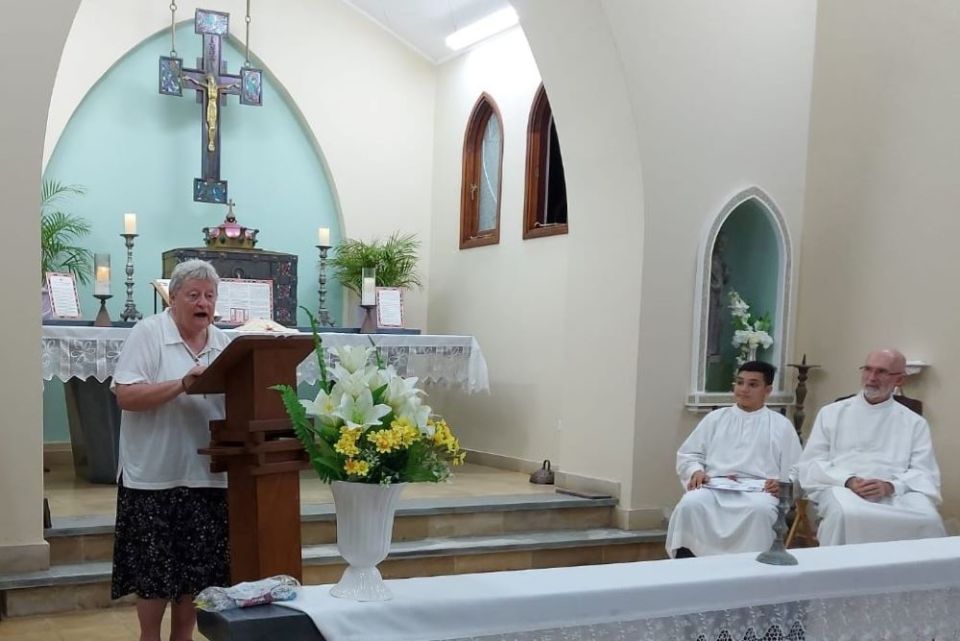 Bethany Sr. Marjolein Bruinen thanks the community for restoring the congregation's chapel and giving it new life as a site for events and historic displays. She lived in Aruba from 1971 to 1978. (Courtesy of Marjolein Bruinen)

I lived on Aruba from 1971 to 1978. After that I was deployed in Europe, but a piece of my heart remained on the "One Happy Island." Because one Aruban sister was still living in a nursing home there, I was allowed to return several times to take care of things for her, and the last time I went, I accompanied her until her death.

Each time I visited the empty convent I was saddened by the desolate condition of the beautiful building. You could not walk there because of the pigeon droppings and cockroaches. There were holes in the roof and many windows and floors were broken. And then, at the beginning of 2020, a miracle happened. A group of young people and not so young people from the neighborhood took an interest in the building.

They were especially interested in the chapel. On their own initiative and at their own expense, they put all their energy into cleaning and repairing it. An application was made to place this very special building under protection as a monument, and this was honored. A foundation was established to take care of the chapel and the building, with a strong direction.

And now the chapel is regularly used, not only by residents of the children's village, but also by religious groups, school classes, and similar groups and for almost every kind of liturgical activity, in cooperation with the parish. One part of the convent has been set up as an exhibition room about the history of the parish and the Sisters of Bethany. Another room is filled with excavated artifacts from the earliest history of Aruba.

Another part of the former convent is used for various more "secular" activities, like the feast of the Dutch king, the day of the Aruban flag, Christmas and so on. For example, on Trinity Sunday, after high Mass in the parish church, there was a procession with the Blessed Sacrament to the chapel. There was adoration the whole day, until the evening Mass, after which the Blessed Sacrament was brought back to the parish church. A beautiful symbolic sign!

I was invited to come and open that exhibition, but COVID put a stop to it; since I was not allowed to travel, the minister of culture took my place. But now, after lockdown was over, I was invited again, to celebrate all this and to put the focus back on the sisters and their service there. It became a celebration, with lots of people, not only from the area, but from all over the island. There was a live television broadcast and a whole series of interviews for radio and newspaper. There were liturgical celebrations and many other festivities. Even the prime minister of Aruba came to participate. She promised that she would work hard for the preservation of the chapel and monastery.

The desire to at least keep alive the memory of what the religious had done for the people of the island became stronger and stronger. This was felt by the young people, whose generation had no actual experience with the sisters. They felt it was very important that this also be passed on to the next generations. And we are committed to that.

Let us hope and pray that the Spirit will continue to blow and inspire many people in Aruba to remember the ministry of the religious and do good themselves. 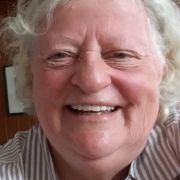 Born in the Netherlands, Marjolein Bruinen taught and directed a school there before entering her congregation in Aruba in 1975. She has also ministered in Germany, Italy and Latvia, where she established a community of the congregation. She currently is general secretary of the Union of the European Conferences of Major Superiors.

Communities welcome young women to the sisterhood through international outreach

The future of mission: Become 'less and less Western'

What is the spirit of the global Dominican family?