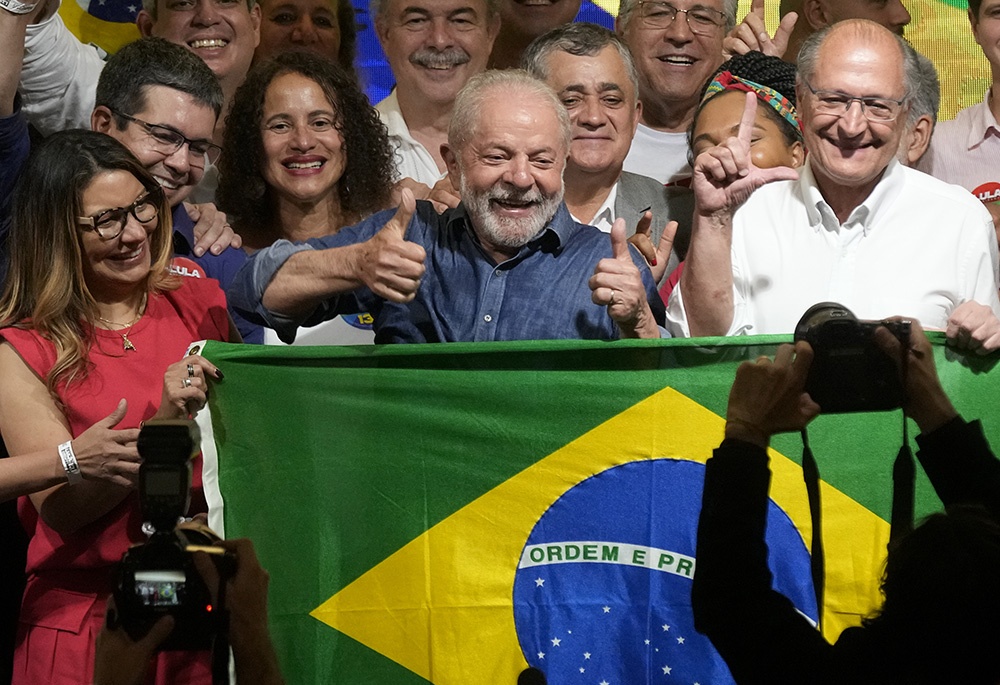 In one of the most combative presidential races in Brazil since the country's return to democracy in the 1980s, former president Luiz Inácio Lula da Silva beat incumbent President Jair Bolsonaro Oct. 30 by less than 1%. Lula, who served as president from 2003-2010, will become the nation's 39th president upon his inauguration, Jan. 1.

While Bolsonaro, a far-right candidate, found support among the agroindustry and evangelicals for his stance on farming and mining the rainforest, as well as his positions on family and individual liberties, both the political left and center gravitated toward Lula, who supports greater distribution of wealth and rights of minorities.

Bolsonaro campaigned on ending corruption, loosening gun control and strengthening traditional family values. But after four years of shrinking investments in social programs, loosening restrictions on deforestation, ignoring climate change and undermining Indigenous rights, 50.9% of Brazilians were ready to give Lula a chance.

Among the thousands of Brazilians who took to the streets Oct. 30 to celebrate elections results was Sr. Margareth Nunes Crispim da Silva, of the Missionary Sisters of the Immaculate Conception of the Mother of God.

"When I went to Avenida Paulista on Sunday after the [election] results, I was able to scream 'without fear of being happy,' " Crispim da Silva told Global Sisters Report, referring to the motto used by Lula's party. 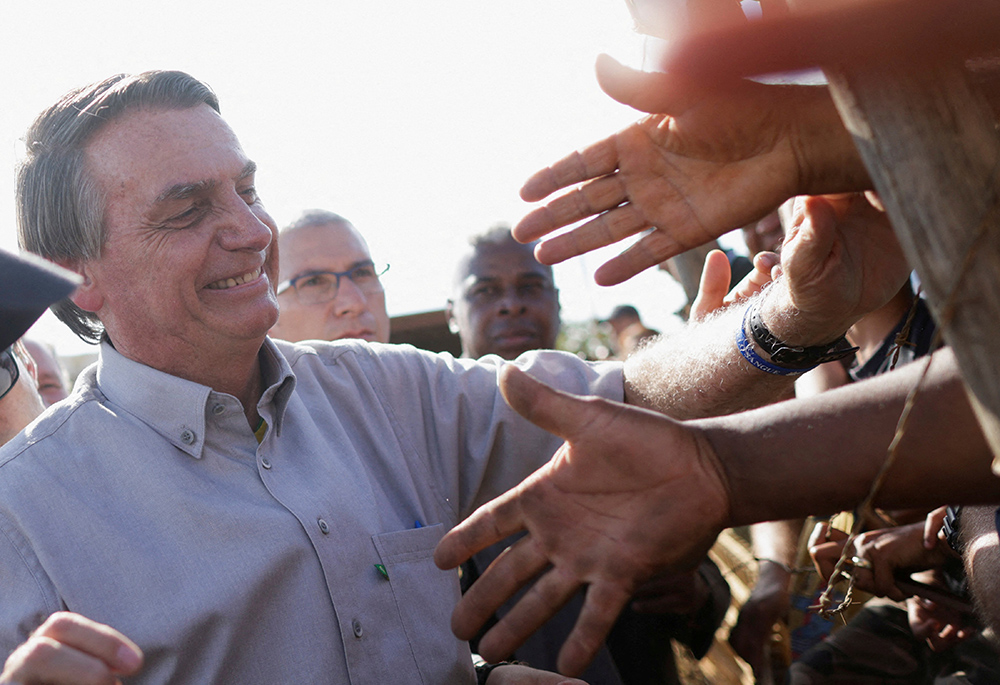 "Bolsonaro's four years, including these 2 years of the pandemic, were hell on Earth," she added.

The sister has worked for the past eight years with SEFRAS (the Franciscan Social Action group), providing immigrants arriving in Sao Paulo a decent place to live, in addition to meals, referrals to health services and social assistance. She said these past four years have been particularly hard because of the pandemic and financial cuts to social programs.

"During the pandemic, SEFRAS put up a tent at Sao Francisco Square to hand out meals," she said. "We saw lines which were not just of the homeless population, but squatters and entire families who live in the center of town, looking for something to eat. Sometimes, they only ate once a day." 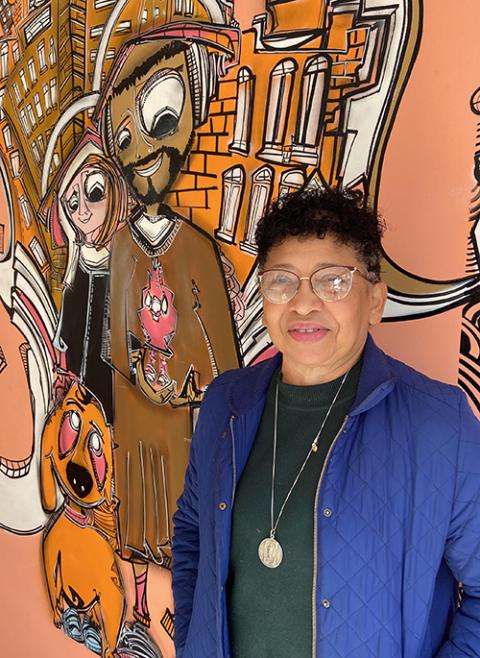 For her, one of the first things Brazil's president-elect should do is to deal with the growing number of people in the country going hungry. Lula agrees, declaring in his first speech as Brazil's new leader that one of his first actions would be to try to remove Brazil once again from the United Nations' Hunger Map, which includes countries where more than 2.5% of the population face a chronic lack of food. A recent report by the United Nations' Food and Agriculture Organization showed that in Brazil, more than 4% of its 214 million inhabitants live with some type of food insecurity.

The country was removed from the map in 2014 mainly thanks to food security action plans implemented during Lula's first two terms in office. Brazil, however, was reinserted into the map in 2018 due to major cutbacks on social economic policies that reduced investments in food security programs.

The election results, however, indicate that governing won't be an easy task for Lula, as "Bolsonaro has all his people [working] within the government," Holy Cross Sr. Michael Mary Nolan said.

"It's one thing to win the election, but he hasn't won the government," she added, noting that in this year's general elections, right-wing parties won more representatives than Lula's party, leaving its allies with a comfortable majority in the Senate and an expressive voice in the Lower House. 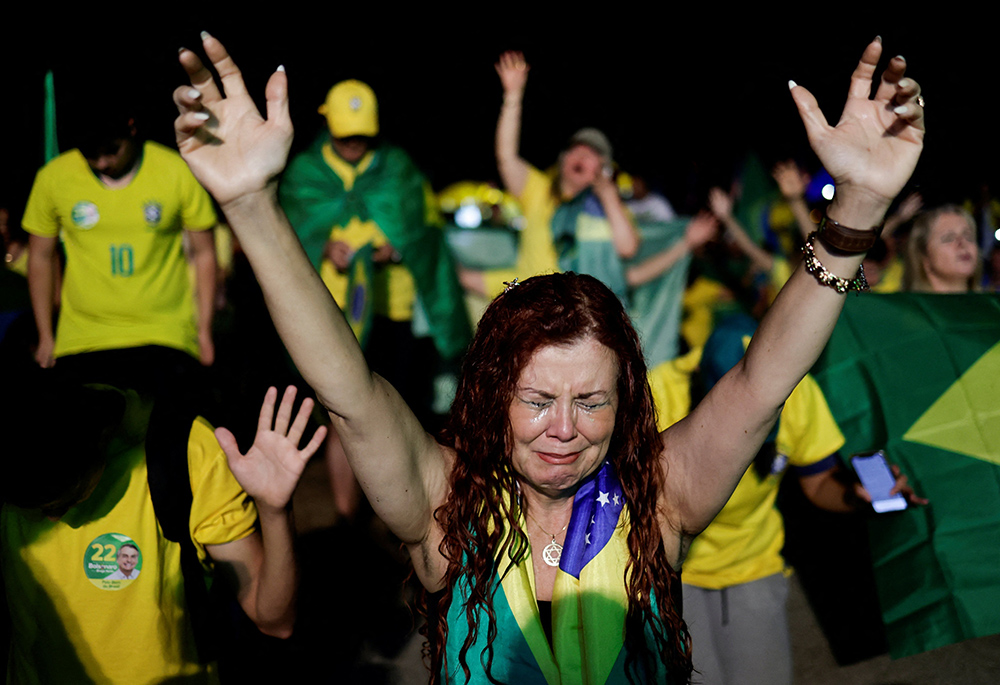 But while Lula is likely to face stiff resistance within the country, world leaders abroad have expressed support for the president-elect, including United States President Joe Biden, France's President Emmanuel Macron, and the United Kingdom's Prime Minister Rishi Sunak.

"I send my congratulations to Luiz Inácio Lula da Silva on his election to be the next president of Brazil following free, fair, and credible elections," Biden said in a statement Oct. 30, released minutes after official election results were announced. "I look forward to working together to continue the cooperation between our two countries in the months and years ahead." (Bolsonaro was among one of the last world leaders to congratulate Biden in 2020.)

Nolan said she believes Lula will be "strongest on international affairs," noting how Bolsonaro was largely shunned on the world stage as he threatened to withdraw Brazil from the World Health Organization and the Paris climate accords, and pulled the country out of the U.N.-endorsed Global Compact for Migration, as well as the Union of South American Nations.

Although there are many pressing issues to deal with, Nolan said she believes one of the most important things that Lula can do relatively fast is to reverse the executive order that allows citizens to carry guns.

"I think he can do something on gun control which, with the increase in violence and violence against women, will be very important," Nolan said.

Another issue that is on the forefront of Nolan's mind are the social councils that Bolsonaro weakened or extinguished all together, with Nolan hopeful that Lula will reestablish the Human Rights council in particular.

Among other challenges Lula will face, Catholic sisters said, are education, health and employment.

"The challenges for the Lula government are not few," said Sr. Rosa Maria Martins Silva, a Scalabrinian missionary who works with immigrants and refugees. "He will be leading a country which is very polarized. This polarization will continue to disrupt the lives of Brazilian citizens. Bringing back harmony will not be easy." 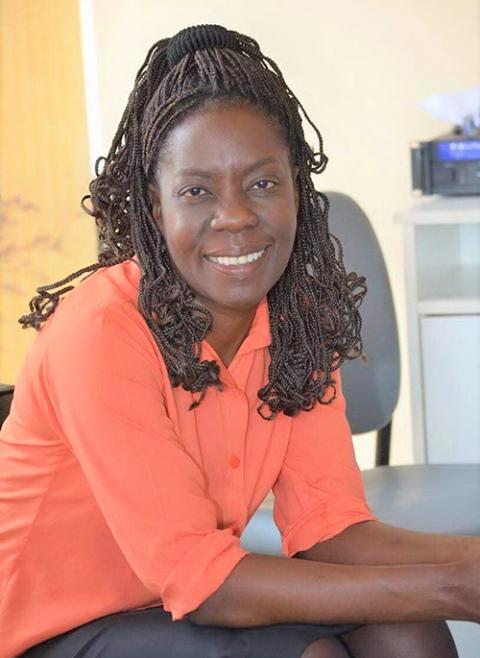 Martins Silva has worked tirelessly with refugees who seek a safe harbor in Brazil. The Scalabrinian, however, said that during the Bolsonaro administration there has been an increase of reports of violent actions against these refugees.

"Our expectation is that the new president will vehemently combat xenophobia and prejudice against immigrants and refugees," Martins Silva said.

In all, Martins Silva said she is glad that the current president will be leaving soon and hopeful about the next administration: "I define the period of Jair Bolsonaro's presidency as a nightmare that never seemed to end.”

She is so hopeful, in fact, that at a meeting between Lula and Catholic priests and nuns right before the runoff round of elections, Martins Silva gave Lula a cross she received on one of her missions.

The cross was made from the wood of one the boats landing on Lampedusa, the Italian island that has become a symbol of the humanitarian tragedy of thousands of migrants attempting to seek refuge in Europe.

As to what Catholic sisters in Brazil can do to help the new administration, both Nolan and Martins Silva agree: bring citizens into the discussions.

"We need an informed population," Nolan said. "We need to do what Pope Francis has asked: maintain a social consciousness. We need a church that's involved in social issues. … Lula will need to pay more attention to the role that the population can have." 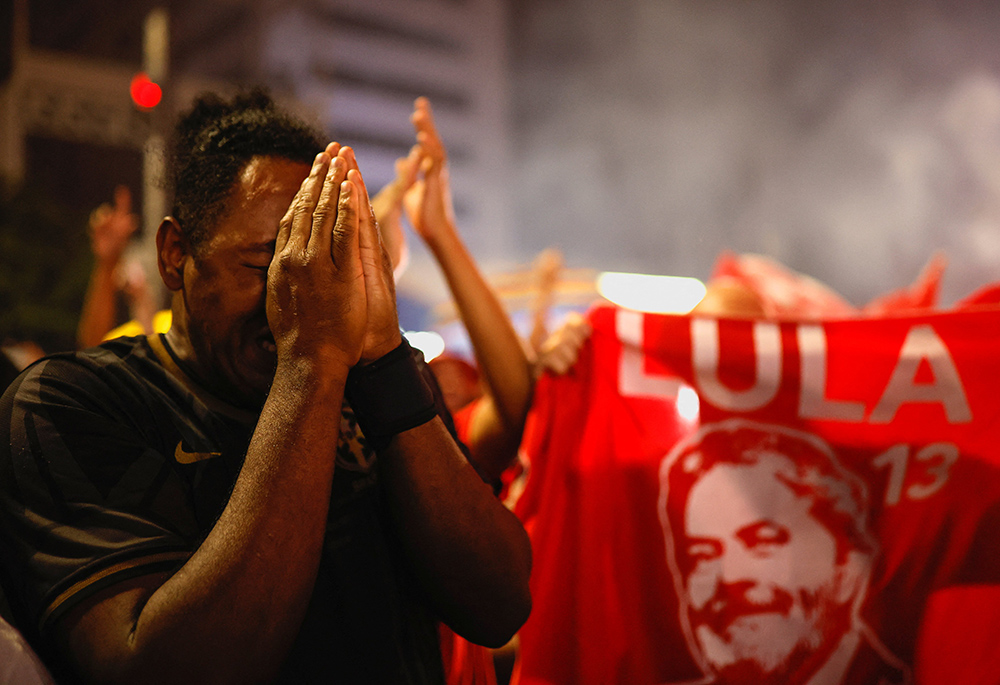 "Democracy has never been fully concluded in the country," Martins Silva added, meaning that "the population does not participate in political decisions, much less has an opinion on them. The government needs to get closer to society, listen to it, listen to its opinions, its pains, its cries, make it a protagonist in the exercise of rights."

Overall, sisters in Brazil are optimistic and looking forward to helping the new administration.

"I believe that we — religious who are among the people, in the communities — if we fulfill our role well, we will already be of great help to this new administration," Crispim da Silva said. "We need to assume our role as religious, as women of hope, so that we can gradually change this scenario."

"As President Lula himself said recently, 'The church, especially consecrated religious life, has much to collaborate with the administration of Brazil.' "