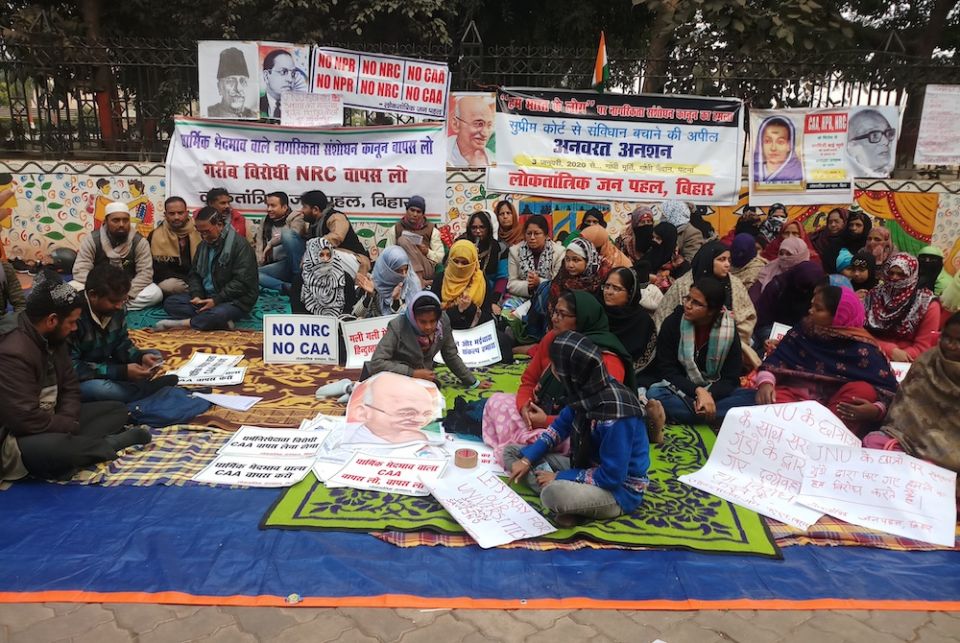 The Jan. 5 attack at Jawaharlal Nehru University (JNU) in Delhi this year sent ripples of shock across the country. On Sunday evening, a masked mob entered JNU and attacked students and professors with sticks and rods; more than 18 students, including Aishe Ghosh, the student nnion president, were injured and taken to a trauma center. Images on Indian TV showed masked people wielding sticks and the student union presidentGhosh bleeding from a head wound. There had also been violent clashes at JNU last year over a rise in hostel fees.

Some consider that the attack was a way to prevent students from raising their voice against the fee hike and the CAA, the Citizen's Amendment Act that provides a fast track to citizenship for some immigrants. The central government has been imposing this law in the country without allowing members of Parliament to study and debate on the bill: It was tabled in both the Upper and Lower Houses of Parliament. The students oppose the CAA, saying it is against the Indian Constitution.

There are other two draconian laws, both ways of keeping track of Indian citizens — the National Register of Citizens (NRC) and the National Population Register (NPR), which are being made compulsory for all citizens in India. The underlying reason for these is to divide people on the basis of religion. A strong movement that says India belongs only to the Hindus has seen Hindutva (Hindu nationalism) on the rise. Fascist Hindu groups have become self-appointed leaders to attack innocent students that raise their voice in dissent; unfortunately India's leadership sanctions it.

Following this attack, youth at universities across the country stood in solidarity with the students of JNU, irrespective of religion or gender. Classes were suspended, and some professors supported the students. The youth have been fearlessly crying out that"This India is ours" and that they will decide how it should be; that they will live together as of old. They say that Amit Shah (the home minister) and Narendra Modi (the prime minister ) cannot decide who will live in this country.

Along with the India's Constitution, the Citizenship Act of 1955 is the exhaustive law relating to citizenship in India. The designation of a person as a citizen of India is governed by Part II of the Constitution of India. Citizenship in the country is based on the following:

But today there is a dilemma for the citizens of our great country. If the National Register of Citizens is implemented, every citizen has to prove their citizenship. This is ironic because it goes against the very spirit of our constitution, which guarantees equality before the law, equal protection under the law, freedom of conscience and religion. In the face of such strong and age-old rights, the present leadership regime has created a real nuisance and is sowing the seeds of hatred among our citizens.

In response to this, women across the country have taken the responsibility to safeguard our Indian Constitution. The first gathering took place at Shaheen Bagh in New Delhi in December 2019. This movement has spread like wildfire, and women in other states have been inspired to organize sit-in protests. They gather together each day faithfully and sit for long hours. This is not politically motivated; it is led by women and they are the ones who determine where they should sit.

This movement has spread to thousands of places across the country, and to different parts of cities. After the freedom struggle this is the second movement that has rocked the nation, and women are determined that they will not back down until the government withdraws this draconian law. Slogans across the country are the same:"Hindu, Muslim, Sikhs and Christians are brothers and sisters to one another." The unity of India is at stake. The gatherings are a real source of motivation and learning. Women, who would normally not come out, religiously come to the sit-in places, take up the microphone, and surprise us with the information they are spreading. They are determined that they will not move.

There is a new awakening; we want our children to live in peace, harmony and brotherhood as we have lived for all these years. We are out because we love our land, we love our country and we want to safeguard our Indian Constitution. This is the chorus we keep hearing, and it resounds in our hearts and minds. The majority of the women are Muslim, and it is heartening to see them, small children, and youth all assembling together. Such gatherings are taking places in all the metropolitan centers of India — Delhi, Mumbai, Chennai, Kolkata, Bangalore, Hyderabad, Kerala, Goa, and even small towns like Patna, Ranchi and Varanasi. It is only increasing — showing the strength of women and youth who have taken this task upon themselves to protect our nation. 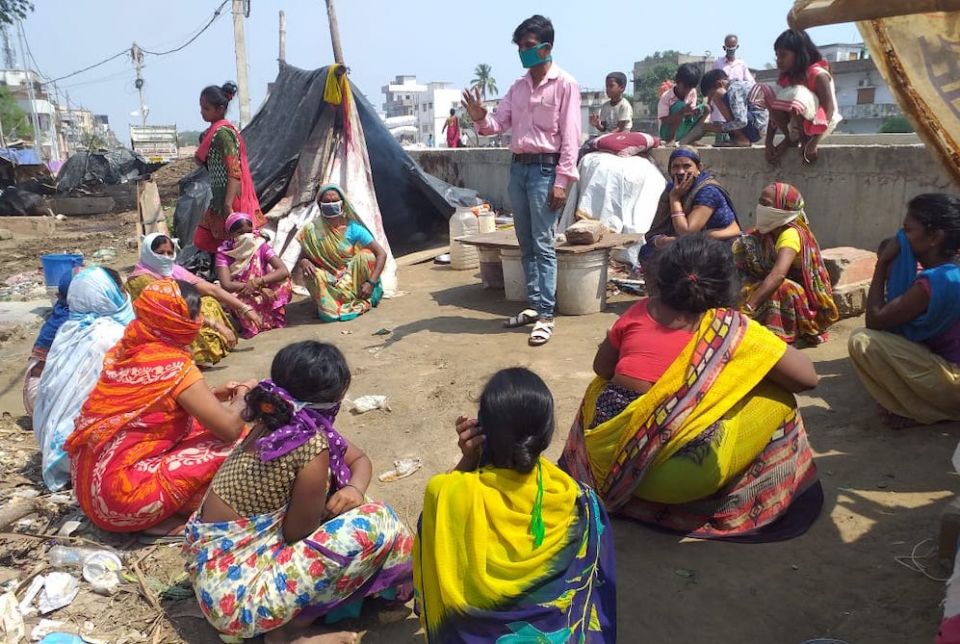 An organizer talks to women in Patna June 1. (Dorothy Fernandes)

Some of the dioceses in India have had courageous bishops who are leading protests —in Bangalore, Goa, Kolkata. Here in Patna, we had one huge protest on February 27.

In the area where I live, the women gather at 7 p.m. and stay until 10 p.m. I join this group every night from 7:30 to 9, listening to the speeches, sometimes addressing the gathering, encouraging each other to keep up the fight. It is very energizing. For me this is what it means to be in solidarity. This is Eucharist for me, as we break ourselves for a higher cause, giving of our time to show we are one. This is what Pope Francis is inviting us to do — go beyond our own campus, to smell the sheep, to be one with people who are struggling for their rights.

In this hour when the country is going through a difficult time, these women and youth are the prophets of our times. They have taken upon themselves this mission to speak out in the name of those who are silent; speak out for those who lack the courage to come to the forefront; to speak out now even at the cost of their studies and lives. To all these brave women and youth, I raise my heart in prayer and pray that God protect us as we move together to raise our voices against injustice.

Because of the coronavirus outbreak, India imposed a lockdown March 22. As a result, all of the planned protests were called off.  There was a sudden fear instilled in the minds and hearts of the people. This prevented gatherings, and a sort of curfew was imposed. Law enforcement insured that people stayed indoors. People in Patna faced hunger; about half of them did not have a stock of food. A lot of people work in the informal sector or as daily wage earners. We tried to advocate with the administration because women are held responsible for feeding their families. Those who had grain to sell raised prices exorbitantly, so food was not within the reach of the struggling classes. We directed them to the government-run community kitchens, which was the only thing we could do at the moment. It was impossible to move out of the house; everything had to be done over the phone.

Even at such times, the women proved to be resilient and were able to take the family together, providing them with food from wherever they could get it. This pandemic has affected women and children the most. Yet women have come out more powerful in spite of all the demands placed on them.

[Dorothy Fernandes, a Sister of the Presentation of the Blessed Virgin Mary, is a social activist who has been working in Patna since 1997 with communities on the periphery. She is chair of the Women's Commission for the Archdiocese of Patna and an advisory member of the social wing of the archdiocese – Forum for Social Initiatives.]

Social Justice | At the movement: Women send ripples across India