Pray for a woman facing execution, and for her victim killed in 2004 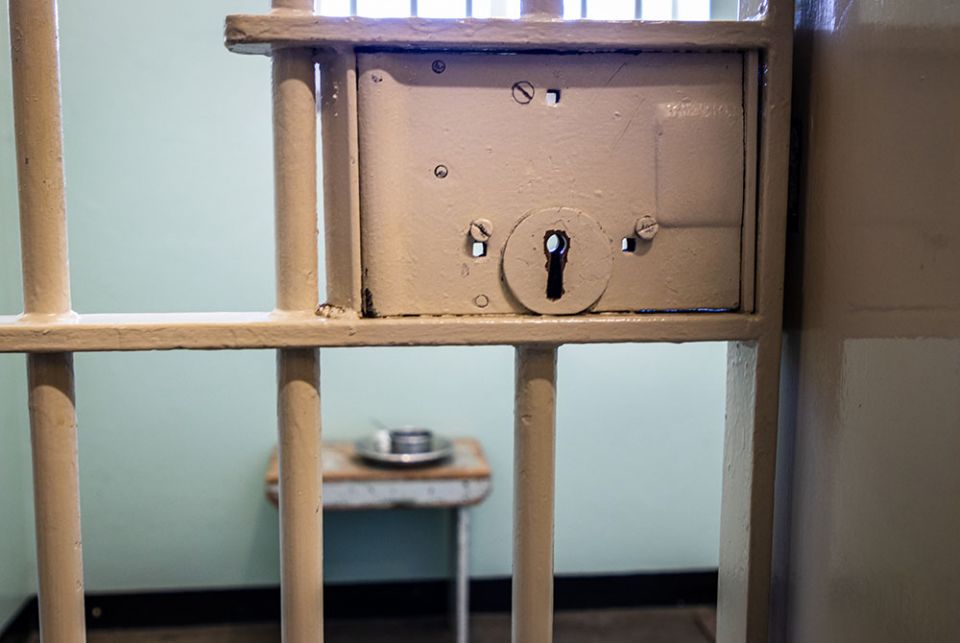 Lisa Montgomery of Melvern, Kansas, is set to be executed on Jan. 12 by order of the U.S. Department of Justice. In December 2004 Lisa murdered a woman who was eight months pregnant, slit open her belly, pulled out the baby and claimed it as her own.

Montgomery is mentally ill. She was sex-trafficked as a child and gang-raped as well, according to her attorney, an assistant federal public defender; The New York Times reports that she will be the second woman in nearly 70 years to be executed by our federal government.

Since I read the story I've been thinking about Lisa, 36 when she committed her crime, 52 now — after years in jail awaiting trial and sentencing, then over a decade waiting for her time of death to be set by the judicial system. The Times story has a lot of facts about the convictions and executions of women in the US (575 since 1632), but it was Lisa's life — and the first date of her execution which was Dec. 8 — that caught my attention and my prayer.

Lisa Montgomery wanted a child. She had been sterilized, according to court documents. And so she tricked a 23-year-old pregnant woman, Bobbie Jo Stinnett, into letting Montgomery into her home to buy a puppy. Montgomery strangled Stinnett and used a kitchen knife to cut open her stomach and take the infant. The news hasn't mention Stinnett's child, except to say it was a girl. I imagine a 16-year-old, alive today, raised motherless.

We don't have the right to execute anyone, but we have the extra obligation to care for persons like Lisa with mental illness. Everyone has agreed from the beginning that Lisa was mentally ill. The very nature of the crime gives proof. In any circumstance we have the obligation to show mercy, but simple justice demands care for the sickest among us. Our God calls us to reject the "eye-for-an-eye" penal system and instead seek genuine justice.

We could choose to teach Montgomery to be a member of a community the way they do in Scandinavia, according to Michael Moore's movie "Where to Invade Next." I long for prisons like that, homey, small groups that cook for themselves, with counselors and college courses. Even in the United States, sometimes community forms in prison. A program like Intensive Therapy Community, or even a single man or woman who commits to live right can create an anchor, a steady light around whom other inmates choose to gather. But it's a matter of luck for any given inmate to find a community of respect and hope. I hope Montgomery found such an anchor in prison, not chaos and cruelty. I hope she has a life now that she values.

But there is reason to think Montgomery has not found such a life. Her public defenders asked for a postponement of her execution because they both caught COVID-19 while visiting her in prison. The prosecutor argued that Montgomery could prepare her own clemency appeal, but the defenders said all she had in her prison cell was a piece of paper and a crayon. So a judge stayed the execution, and the date of Jan. 12 was set. Then a judge stayed that date but the appeals court put it back in place. I weep for Montgomery. I don't know if she has the capacity to weep for herself.

I keep thinking about that original execution date, the feast of the Immaculate Conception. For those of us who contemplate Lisa's life, along with Bobbie Jo's and Mary's, we may find a paradox, that Lisa's and Bobbie Jo's desires for motherhood find expression in Mary's conception. It's a passionate explosion of love that seeds a child. Bobbie Jo was in the last month of her pregnancy, maybe a little afraid but full of hope and full of grace. Pregnant women's fullness of body and spirit draw us all. That's why the Church elevated Ann and Joachim's act of love, the start of her pregnancy with Mary, into a holy day of obligation when we attend Mass and Catholic schools are closed.

Pray for Lisa Montgomery who is facing execution. Pray for Bobby Jo Stinnett who was murdered 16 years ago. Pray for all the couples engaged in conceiving a child. And may Lisa and Bobby Jo pray for us.

[Mary Ann McGivern, a Sister of Loretto, works with people who have felony convictions and advocates for criminal justice.]

Social Justice | Pray for a woman facing execution, and for her victim killed in 2004

Standing with today's Josephs, who seek asylum to protect their families