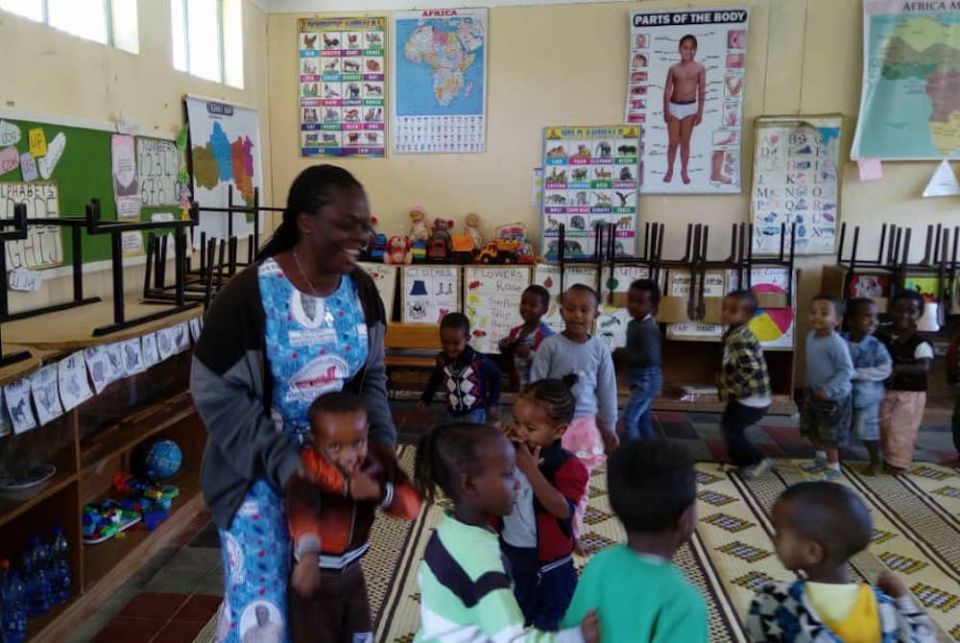 Sr. Naomi Nkrumah with her Kindergarten children, which was her favorite ministry in Ethiopia before the war (Courtesy of Naomi Nkrumah)

Editor's note: Naomi Nkrumah arrived in Ethiopia in February 2019, latest Sister of St. Louis to join the team of sisters on mission in Dawhan in the Tigray region, the northernmost region of the country. The Sisters of St. Louis established a mission there in 2013, with the goal of giving particular attention to the empowerment of women and children. The Tigray region, bordered by Eritrea to the North and Sudan to the west, is the fifth most densely populated region of the 10 regional states and is home to most of the country's estimated 7 million ethnic Tigrayans. Fleeing the civil war, they returned to their home countries early this year, but as of April 8 they were able to go back to Dawhan, where the internet is still out.

—To paraphrase Charles Dickens' A Tale of Two Cities

Tension between the Tigray region and the federal government of Ethiopia has been ongoing since I arrived in Dawhan in 2019. The Tigray Peoples Liberation Front Party (TPLF) was unhappy with Abiy Ahmed, the prime minister, and his government over postponement of the October 2020 elections, due to the COVID-19 pandemic. The TPLF defied the directive and went ahead with scheduled regional elections. This action ignited the already volatile relationship between the the political parties. The party has long been resisting the prime minister's attempts to take away regional power in order to unite the country under a stronger centralized government.

We sisters prayed that the growing tensions would subside, never thinking they would evolve into a devastating civil war. By Nov. 3, 2020, most of the banks in Mekele, the capital of the Tigray region, and the surrounding towns were closed. The region was left without internet connection, electricity, water and any means of public transport. There were police check points all the way from Mekele to Dawhan, about 86 miles, cutting us off from the rest of the country. Clearly, the war had begun.

Dawhan quickly became a ghost town as people fled to the mountains for safety; the silence grew almost unbearable and the presence of the military created panic. About 1:30 a.m. on Nov. 6, we sisters were awakened by loud artillery explosions at the nearby military camp. The explosions rocked our convent and we huddled together in shock and fear. We tried to pray but could only murmur: "Jesus, save us; into your hands, Lord, we commend our spirits!" Later in the morning, our parish priest came over to check on us and try to calm our fears. We had no idea what would happen next or what we should do.

The fighting continued non-stop with Eritrean military joining the Ethiopian government against the TPLF. People hiding in the mountains were left to the mercy of the cold weather and suffered from hunger and thirst. Some began fleeing to South Sudan and Kenya. None went to Eritrea (the closer country) because of its support of the Ethiopian government — a relatively new alliance.

After receiving a letter from the Administrator of Dawhan suggesting that we leave the area, we traveled by Land Rover along an unfamiliar, long and tortuous journey through the Asimba Mountains to Adigrat. It was heartbreaking as we were leaving to hear the shouts of "Sister, Sister" from our neighbor Ababa and her twins, and the children from Holy Savior Kindergarten where we work. We stopped for a few minutes to speak to them and then continued on in tears. We were emotionally broken and furious at the leadership of the region for starting this war without considering its effect on women and children, which makes up most of the community. We arrived at Adigrat on Nov. 16; the bishop welcomed us with joy. We stayed there with the White Fathers.

During our stay in Adigrat, the Eritrean military continued bombing and killing people and looting anything of value, including vehicles from the Catholic Eparchy of Adigrat. They even attacked hospitals, which emptied out as health workers ran for their lives. People sought refuge in the cathedral, where the Red Cross Society and Doctors Without Borders provided medical aid. However, to keep the outside world in the dark about what was happening, no other international groups were allowed to enter the area. 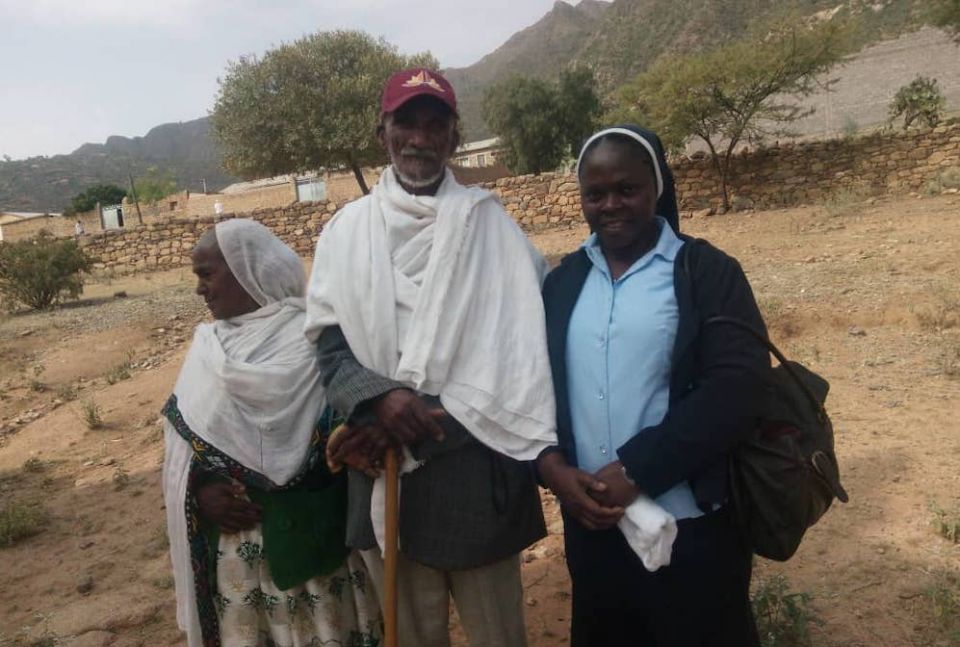 We remained in Adjrat until Jan. 10, when — because of continuous looting and threatening activities by the military — we left for Addis Ababa. Here we stayed with the Holy Rosary Sisters from Nigeria for several weeks until we could talk with our leadership teams in Ireland and Nigeria about what we should do next. It was decided that we would go back to Nigeria and Ghana, our home countries, until we can return to Ethiopia. It has been and remains a painful time for us, and the uncertainty of ever getting to return is difficult to bear.

Needless to say, the weeks we spent in the Tigray region in the midst of the pandemic and war was a very frightening time to be in mission. However, we all agreed it was also a precious time to be with the Tigray people: the poor, the aged, the children, the sick, the single mothers who have lost the little they had to this war. It challenged us with the opportunity to live more vividly the mission of the Sisters of St. Louis, standing in solidarity with those made poor and marginalized. I keep reminding myself of the words of Rachel Naomi Remen, a practitioner of alternative medicine: "When we know ourselves to be connected to all others, acting compassionately is simply the natural thing to do." I long to return to Ethiopia and pray that our people will be safe in the midst of this war. 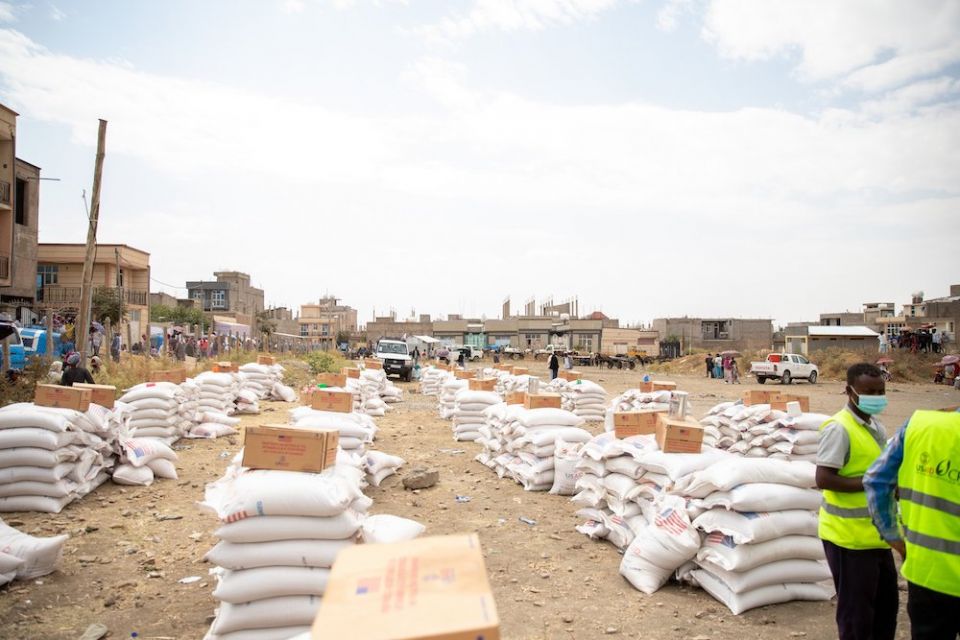 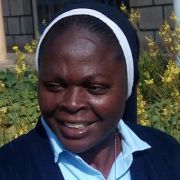 Naomi Nkrumah is a member of the Institute of the Sisters of St. Louis, from Ghana, West Africa. Her academic background is in English education, and she holds a Bachelor of Arts degree from the University of Education, Winneba, Ghana. After teaching in secondary school and working with youth for several years, she is doing missionary work in Ethiopia, East Africa.

Social Justice | The troubles in the Tigray region of Ethiopia

On the ground in Guatemala, Part II: The story must be told