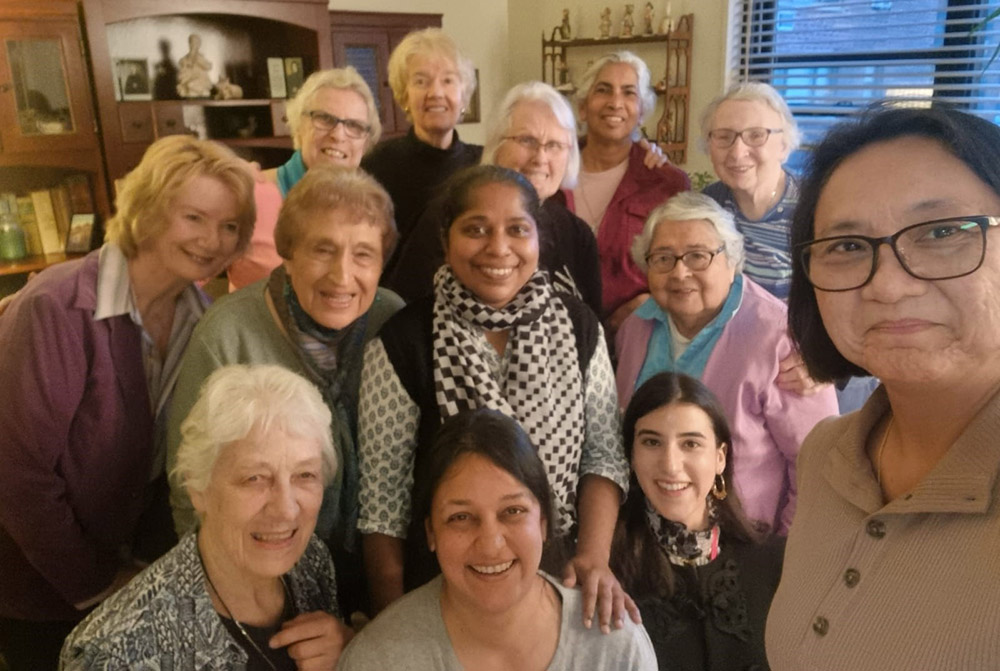 Women of Catholic nongovernmental organizations gather to celebrate at the conclusion of the 66th Commission on the Status of Women. (Courtesy of Durstyne Farnan)

One of the big annual events for the sisters working in nongovernmental organizations at the United Nations is the Commission on the Status of Women. This year, the 66th Commission on the Status of Women was especially timely as the theme was: "Achieving gender equality and the empowerment of all women and girls in the context of climate change, environmental and disaster risk reduction policies and programs."

The commission also contributes to the follow-up of the 2030 Agenda for Sustainable Development in order to accelerate the hoped-for gender equality and empowerment of women.

I was privileged to attend in my role as U.N. representative for the Dominican Leadership Conference, which represents Dominicans in 120 countries around the world.

All in all, it was an incredibly packed two weeks with more than 700 side/parallel events from around the world and around 27,000 women participating in CSW66 — the second Commission on the Status of Women to be held virtually! It concluded on March 25.

In his welcome, the secretary general, António Guterres, reminded us that in the 2030 Agenda for Sustainable Development, it is No. 5 of the 17 sustainable development goals that focused on women and girls, and that it highlighted the need for:

All 75 paragraphs of the outcome document had to be negotiated before they could be adopted. The things the member states agreed on were indicated in the agreed conclusions. We were happy with the number of items they did include, but we were disappointed that they did not agree to all the women's demands. Countries are just not willing to "take the leap" and agree to everything the women ask for!

The agreed conclusion always relates to the "priority theme" for the year, and is the principal outcome document of the Commission on the Status of Women. It always explores the priority theme and comes up with recommendations for the various "stakeholders": governments, intergovernmental and civil society institutions, and other interested parties.

The recommendations will be implemented at the international, national, regional and local levels. Besides those recommendations, the commission can adopt resolutions on a variety of other issues.

During the last two hours of the negotiations, member states shared what they liked in the agreed conclusions and what they disliked. It was the first time that the deliberations had been open so we could witness what was happening behind closed doors, including disagreements. As a result, we learned more of what was important to member states.

In spite of being an important part of the priority theme, climate change received little coverage. Some of the more sensitive phrases were "multiple and intersecting forms of discrimination" as well as "diversity" phrases — so some member states disassociated themselves from those phrases and they would not be considered part of the "agreed language."

Several countries interpreted sexual and reproductive health and rights to refer to maternal and neonatal care and not a right to abortion. Some conservative countries wanted stronger statements on family rights and mention of sovereignty.

Some of the more progressive countries objected about the fact that the document had omitted the topic of intimate partner violence, the Global Compact on Safe, Orderly, and Regular Migration, and the Generation Equality Forum. In fact, (with the Mexican delegate at his side) the delegate from France recited a poem about the omission of the Generation Equality Forum. There was a round of applause from the delegates!

There once was a forum that could not be named
All were invited but not everyone came.
It happened in Mexico and Paris to carry the Beijing flame
Feminists gathered and for generation equality that acclaimed
Coalitions were built, billions were committed not in vain.
UN Women, civil society, youth, girls came together to explain
that transformative action for gender could not be contained.
Though not in these conclusions the forum has fame
In all your diversity friends come join the gender equality train. 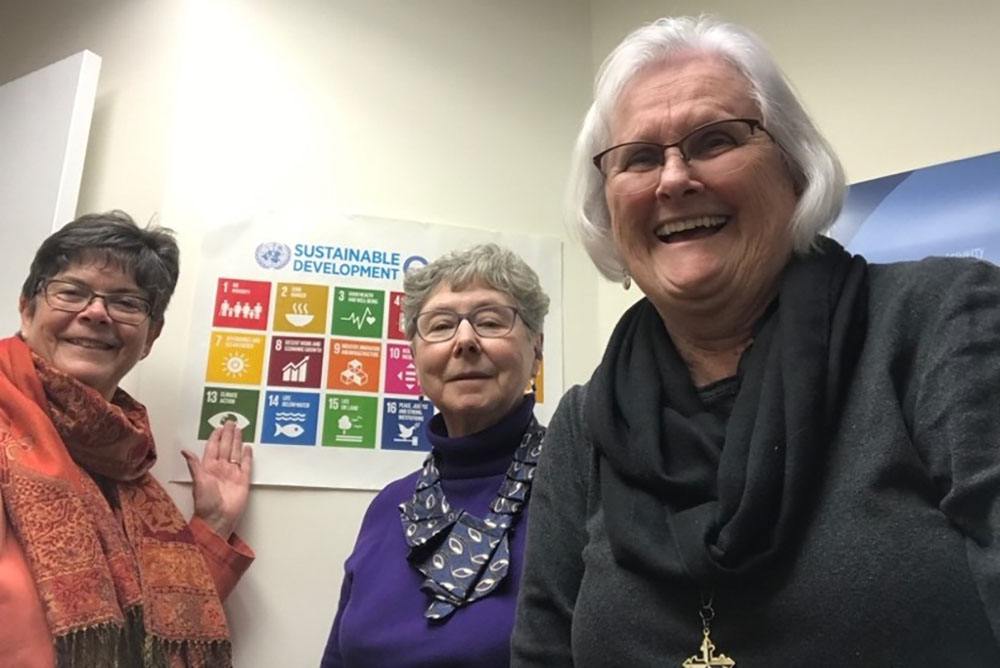 From left: Sacred Heart of Jesus Sr. Sheila Smith, St. Joseph Sr. Barbara Bozak and Dominican Sr. Dusty Farnan show a poster of the U.N. sustainable development goals after participating in the 66th Commission on the Status of Women. (Courtesy of Durstyne Farnan)

The methods of work were laid out several years in advance. Here's what we did in the past three:

And in 2024, the theme will be: "Accelerating the achievement of gender equality and the empowerment of all women and girls by addressing poverty and strengthening institutions and financing with a gender perspective." And they will review the 63rd session's conclusions on "social protection systems, access to public services and sustainable infrastructure for gender equality and the empowerment of women and girls."