The Trinity, mystery of our faith, in music and art

trio of leaves by James Coleman on unsplash c.jpg 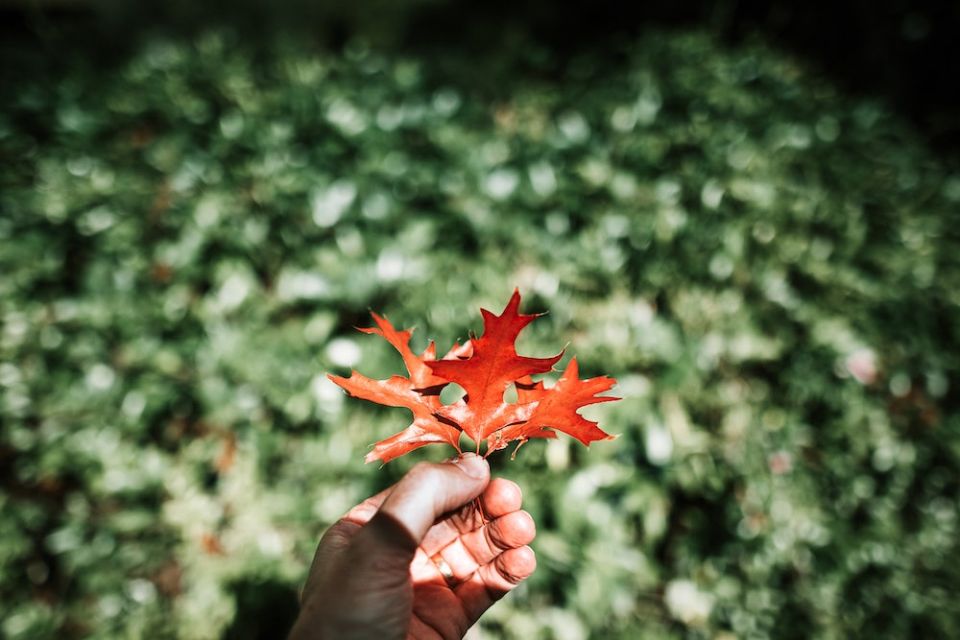 In his homily on Trinity Sunday 2020, Pope Francis described the work of the Trinity as "the action of the three divine Persons — Father, Son and Holy Spirit — 'saving love for a broken world.' " (Unsplash/James Coleman)

The Trinity is indeed the great mystery of our faith. As a musician, I find a reflection that is helpful and prayerfully stimulating to me is given by St. Ignatius Loyola who "saw" the Trinity during a time of prayer as three music keys.

This view was supported by Michael Peppard, associate professor of early Christian studies, religion and public life at Fordham University, New York, who claimed the "musical triad, is a fitting figure for the Trinity. It embodies distinction-in-unity and dynamic unchangeability." When played together, the three notes (e.g. C, E and G) can be clearly identified separately. This simple concept can be demonstrated in many tunes: Perhaps the most familiar for people of all ages are the first four notes of the song "Morning Has Broken."

The three keys of Ignatius also illustrate the effect that a willingness to listen to each other and to avoid any desire to dominate — gives to any performance. This is also a good guide for developing and maintaining good friendships!

A further description of an image of the Trinity through music is presented by Jeremy Begbie, of Duke University, North Carolina, an ordained minister of the Church of England and a professional musician. In a series of lectures, Begbie established many facets of the connection between Trinity and music, which develops and extends the image of the musical triad of Ignatius and expresses it in a more technical manner, comparing the way in which we see things and the way we hear things in a very scientific way.

Another musician who is worth mentioning is St. Elizabeth of the Trinity (1880-1906). She had great devotion to St. Thérèse of Lisieux, and in many ways her life paralleled Thérèse's, especially her simple faith and commitment to bringing souls to Jesus. Although better known as a mystic and spiritual writer, she was a gifted pianist, and several photos show her at the piano. She also converted her prayer "O My God, Trinity whom I adore" to music. She is the most recent of the Carmelites to have been canonized. After approval was given by Pope Francis, the canonization took place at a gathering of cardinals on June 20, 2016.

Music has always been a part of my life. My mother and father were both musicians and encouraged me in singing and violin. Whatever mood I want to express, I can do it with a hymn or song — I can always find the right lyrics. As we approached the season of Christmas, I was specially moved by Handel's "Messiah." I have been privileged to sing this inspired music many times in the cathedrals of Sydney and Melbourne and in the Sydney Opera House. From the dramatic effect of the gentle announcement of the angel to the shepherds followed by the "Glory to God" of the multitude of the heavenly host, the message His yoke is easy to end the first part and short interval to prepare us for the Passion segment: He was despised … a man of sorrows and acquainted with grief — the Lord laid on Him the iniquity of us all.

From this point on the anticipation builds gently to the hallelujah chorus. I learnt it from memory so that I could watch the conductor and take in the atmosphere — the audience standing very still — (the only time that happens at any performance) and everyone on the stage singing and playing with full enthusiasm. It is so exciting! But still there is a special message to tell — just as Jesus rose from death, so will we and the final amen chorus with more fortissimo and then huge applause and many curtain calls.

Handel took just 24 days to compose the entire oratorio, sometimes without sleeping or eating. I try to imagine him at his desk day and night with inspiration pouring in — and this has helped me at prayer time as well as singing time. 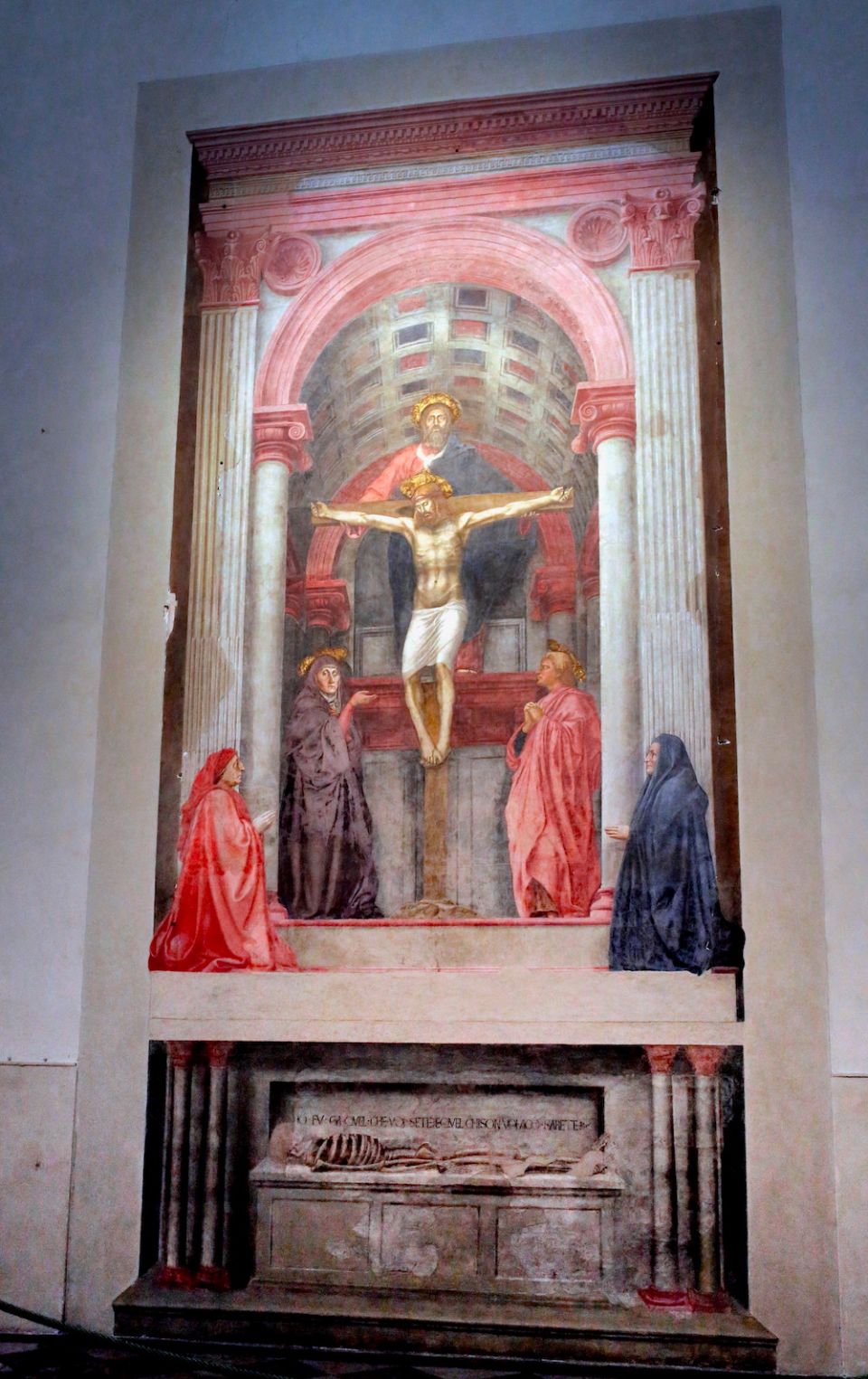 The Trinity has also been a popular subject in art. Among the many paintings of the Trinity, one of particular note was by Florentine artist Tommaso Masaccio (1401-1428) who revolutionized the art of painting and was the first to understand and use the "magic of illusion" and scientific perspective to turn Gothic iconography toward realistic naturalism.

These techniques were particularly evident in his fresco, "The Trinity," painted in 1425.

Masaccio died at the age of 28, an extraordinarily gifted young artist who painted just a few other significant works in his short life.

For me, the most fascinating aspect of "The Trinity" is that to the viewer, the fresco seems to have been painted in an alcove, but all of it is actually on a wall of Santa Maria Novella Church, a Dominican church in Florence.

God the father has very human features, and the Spirit is portrayed as a small white dove. By the use of foreshortening, Jesus seems to be standing on a wooden bench. The three are grouped together, suggesting a close bond. The figure on the left is Mary portrayed as a mature woman; she gestures toward her son; on the right is St. John the Evangelist. At a lower level, two donors who supported Masaccio look straight ahead, in prayer.

At the base, Masaccio has painted a very realistic sarcophagus, with a skeleton on the lid and an epitaph: "I was once what you are now and what I am now you also shall be." This is very confronting but connects with the "dry bones" story of Ezekiel 37 and its promise of resurrection in verses 5 and 6:

In his homily on Trinity Sunday 2020, Pope Francis described the work of the Trinity as "the action of the three divine Persons — Father, Son and Holy Spirit — 'saving love for a broken world.' "

Words, music, art — the representation may be different but the message is the same. 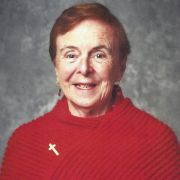 Angela Burke is a Religious Sister of Charity of Australia. With an academic background in speech/drama and archives administration, she has written histories of two colleges and a thesis on the archives of the Catholic Archdiocese of Sydney. Community ministries have included teaching and archival work, and her love of classical singing led to tours with the Sydney Philharmonia Choir. Present volunteer ministries include Vision Australia in service to the blind, Jesuit Refugee Services, the congregation's own Heritage Center, and singing at Sunday liturgies in Sydney.

Spirituality | The Trinity, mystery of our faith, in music and art

Mercy bids us to open our hearts

Women's role in Amazon church does not depend on diaconate, sisters say