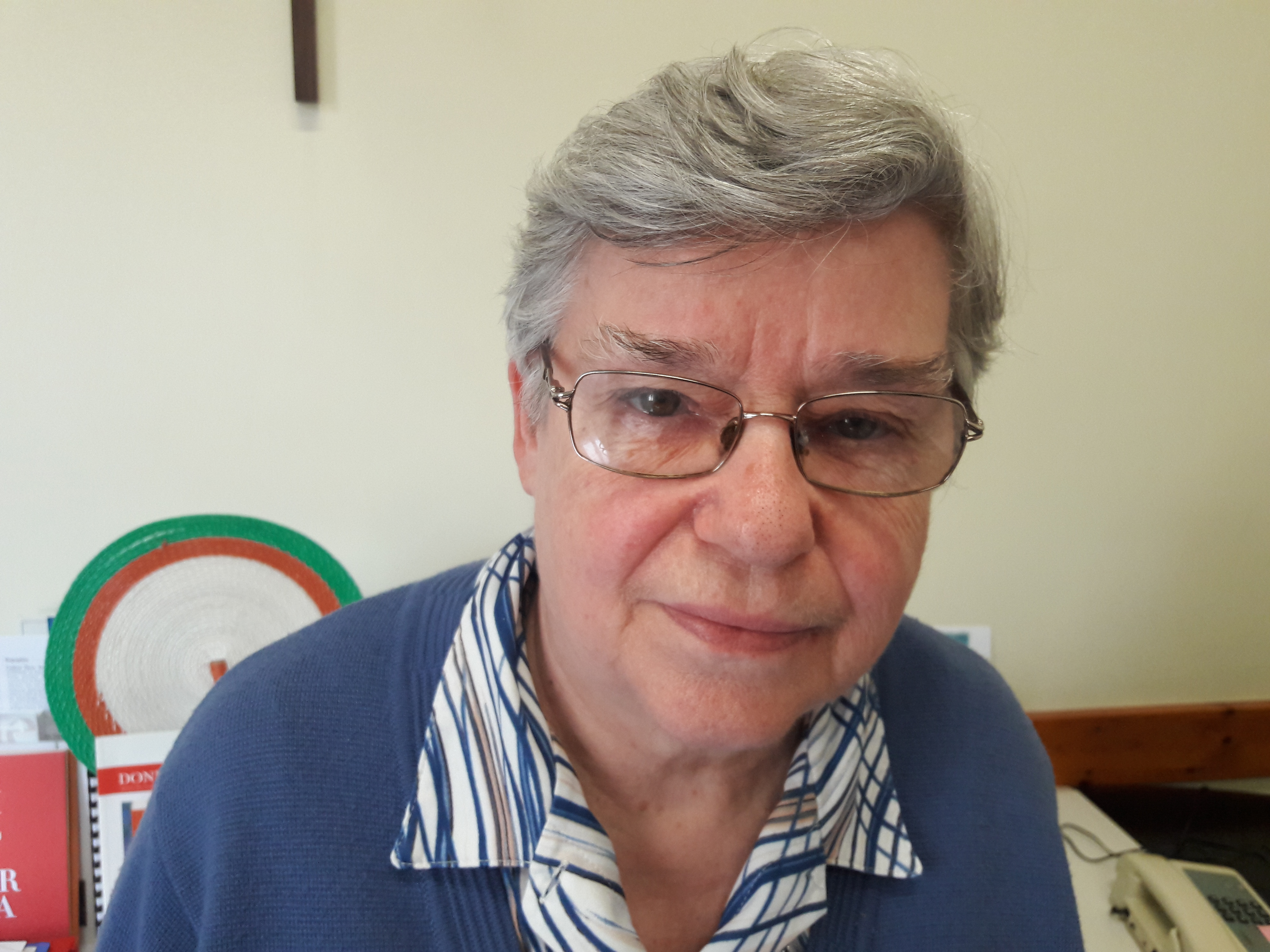 Sr. Elisabetta Flick, an Italian sister of the Religiosa delle Ausiliatrici del Purgatorio (Helpers of the Holy Souls) and a key figure in ministry to assist migrants in Italy, died April 2, 2020, the International Union of Superiors General announced.

"It is with a heavy heart that we share with you the sad news that this morning Sr. Elisabetta Flick has returned to her Father's home," UISG said April 2. No age or cause of death was provided.

From 2016 until the end of 2019, Flick coordinated a UISG-led program to assist migrants in Sicily, leadership she nurtured "with love and passionate care," UISG said in a statement.

"The UISG Board and Staff treasure the moments spent with Sr. Elisabetta — her special care for each person, her sense of humour, her hearty laugh, her wise and insightful words. We say goodbye Elisabetta with love and gratitude."

In a 2018 interview with Global Sisters Report at the UISG offices in Rome, Flick spoke of the migrants program, in which an international group of sisters accompanied migrants arriving in Sicily from Libya and other African countries, often on treacherous sea journeys.

Flick said "accompaniment" meant "to have a relationship with other people. To be recognized as a person, to be respected: Those are the important things."

She also noted the many complexities of migrant ministry, noting that at the time, Italy's "ultra-right" was "promoting an agenda that works on the fears of people. But that's not the whole story. You can find people [everywhere] with a big heart, and you also find people absolutely against the migrants — and you will find these different types of people in the same parish!"

She praised Pope Francis, cardinals and others who are "challenging our communities, saying that people need to live together." She also praised the sisters engaged in migration ministry, saying it was not necessarily easy for them.

"The sisters in Sicily have traditionally been in the convent, so it's unusual there to see sisters in this new kind of ministry," Flick told GSR in 2018. "But I see our sisters doing their work. And when you see sisters from four countries living together, interacting with people, you see this is a beautiful experiment and how beautiful this testimony is. People are calling them our sisters of the world."

When Flick retired in December, UISG praised Flick's role as the "intrepid pioneer of the UISG Migrants Project in Sicily," which was recently extended to the island of Lampedusa.

"Establishing an inter-congregational initiative is challenging," UISG noted. But Flick, it said, "was convinced of the importance of the witness of this new type of collaboration within religious life." Her colleagues also praised her as a trusted and respected "resource person for many individuals and congregations" and thanked her for her "generosity, kindness and wisdom."

"Her tireless commitment and dedication and her love of religious life has been a witness to us all."