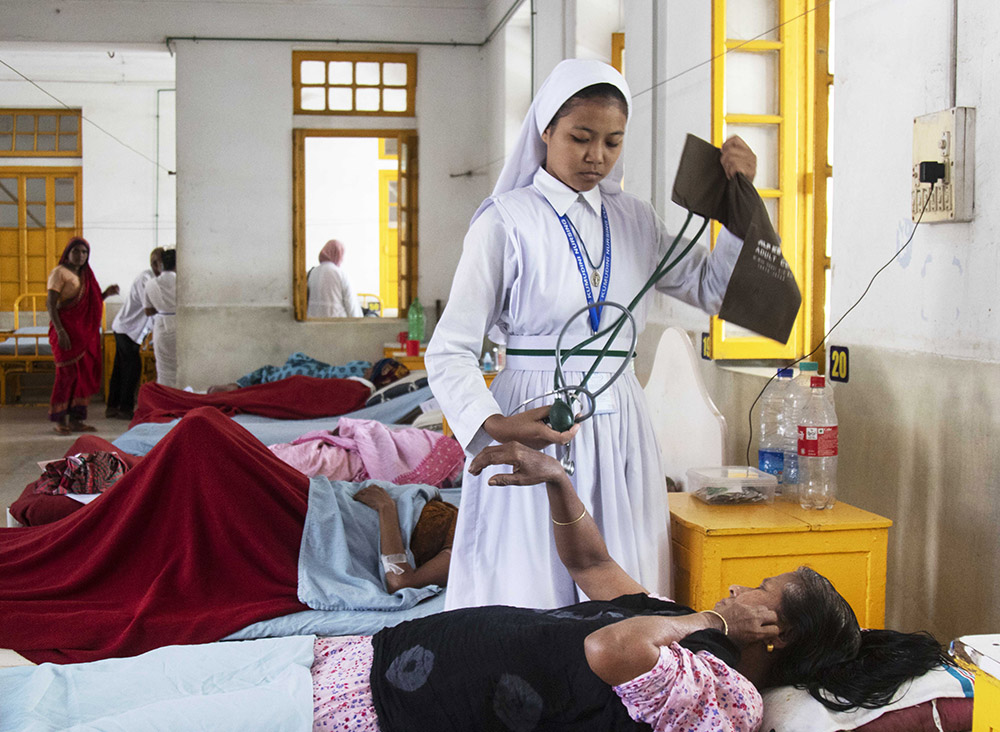 Sister Falguni, a member of the Associates of Mary Queen of Apostles and a student at Kumudini Nursing College in Mirzapur, Bangladesh, attends to a patient. (Uttom S. Rozario)

Sister Mary Dipali chose to go into health care mostly because of her vocation, but also her willpower.

"Through this profession, people can be approached a lot," said Sister Mary Dipali of the Associates of Mary Queen of Apostles, popularly known as the SMRA Sisters. "A nurse is needed from birth to death. I get to be around people, and many people are blessed through this profession."

Sister Mary Dipali, 60, was born under the watchful eyes of the sister nurses of St. Mary's Catholic Mother and Child Care Hospital in Tumilia, Gazipur, in the Dhaka Archdiocese. The SMRA Sisters provided her an education and cared for her when she was ill.

"I was born by Catholic nun nurses, and many children have been delivered by my hand in my almost 30 years of nursing service," Sister Mary Dipali said. "I think I wouldn't be where I am today if it wasn't for being around the sisters and having my family."

Although Christians make up less than half a percent of Bangladesh's population of approximately 165 million, the Catholic Church runs around 80 hospitals, health centers, dispensaries and clinics across the country with the help of nuns from the SMRA Sisters, the Congregation of the Holy Cross, the Sisters of Our Lady of the Missions, the Missionaries of Charity, the Little Handmaids of the Church, and the Missionary Sisters of the Immaculate. 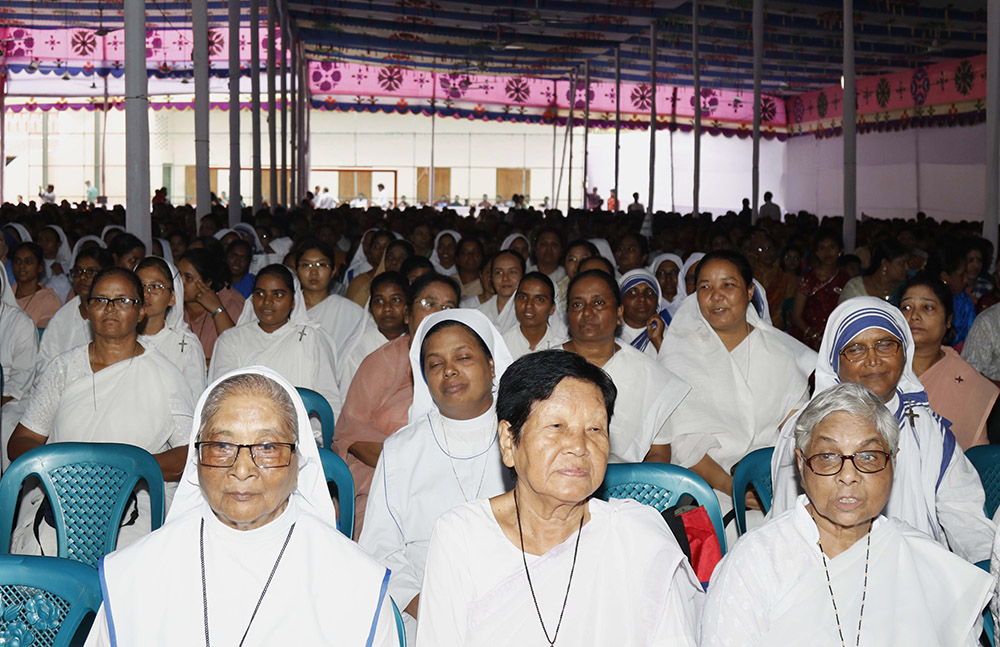 Bangladeshi nuns from different congregations attend the September 2018 celebration of the 150th anniversary of a Catholic parish in Dhaka. (Uttom S. Rozario)

After seeing the work of these nuns, many girls from remote areas now show interest in becoming nurses, which was unimaginable 20 years ago.

Back then, the Muslim majority in Bangladesh used to view the nursing profession badly, assuming that nurses on duty with male doctors overnight developed illicit relationships. Nurses also did not wear veils like Muslim women did. But this idea has been changed by Catholic sisters.

"When I saw the service of the Catholic sisters, I was encouraged to enter the nursing profession, but first I had to fight with my family. I had to fight with society," said Sabina Akhter, 47, a senior nurse and mother of three who works in a government hospital. "Society and my family did not think that a Muslim girl should enter the nursing profession.

"But I made one of my two daughters a nurse and the other, a doctor. I am grateful to the Catholic sisters for this success, especially for me and my family. Without their services, I would not be where I am today," Akhter told Global Sisters Report in a recent interview. 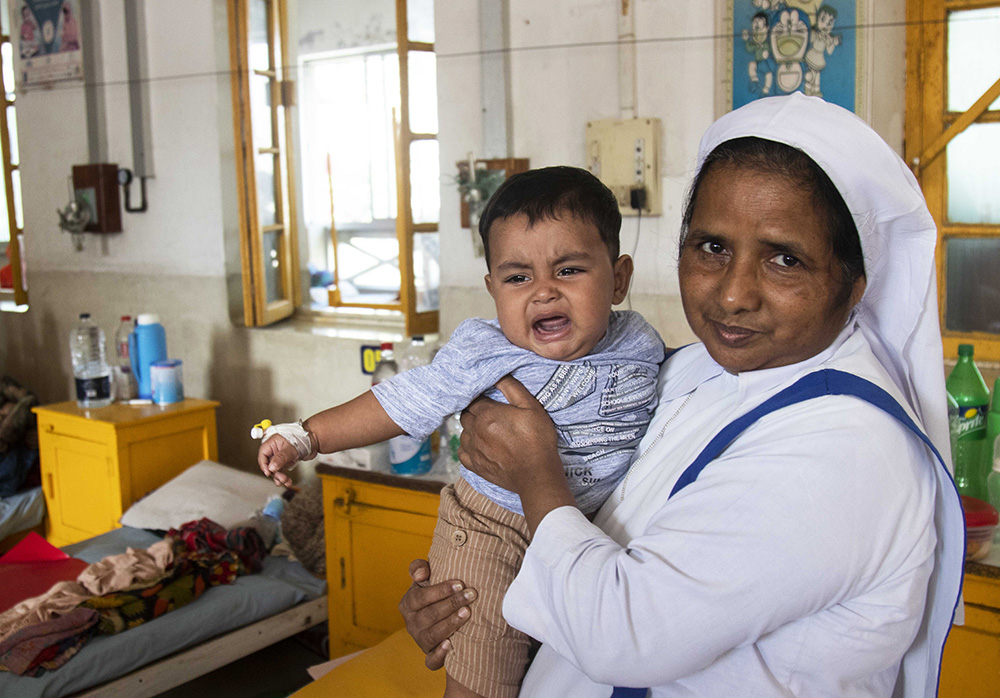 "We are proud to be working in top positions at a well-reputed non-Christian hospital," Sister Mary Dipali said. "We are also witnesses of God and spread his word to other communities. There are no Christians around the hospital, so people know Christianity by us and our work."

The local SMRA congregation was established in 1933. In Muslim-majority Bangladesh at that time, girls were veiled and almost all doctors were men, so even if village women were sick or pregnant, they did not go to the doctor. As a result, many mothers and children died in childbirth.

Holy Cross Bishop Timothy Crowley, the founder of the Associates of Mary Queen of Apostles, saw the situation of the women of the villages and together with Holy Cross Sr. Rose Bernard Gehring established the SMRA congregation with public education and health as main vows.

Beginning in 1945, the SMRA nuns began to travel from village to village to provide health services to rural women and children in small houses in Tumilia Parish.

"Since the SMRA congregation started working on rural women's health before Dhaka Medical College, and we were the first to go abroad for degrees in nursing and came back to serve our people, it can be said that we are pioneers in the field of nursing in Bangladesh," said Sister Mary Chamily, the director of St. Mary's Catholic Mother and Child Care Hospital. Now, the hospital runs a nursing institution with approximately 50 students. 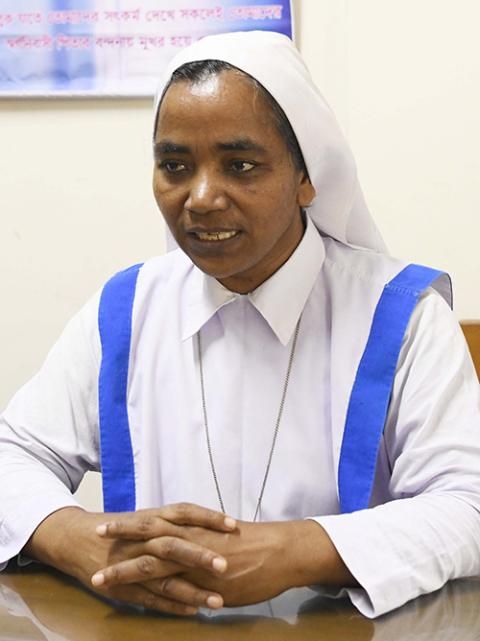 There are currently 214 Associates of Mary Queen of Apostles in Bangladesh, about 50 of whom are working in the health sector, said Sister Mary Chamily. They also run eight health care centers and two hospitals.

The mentality of members of the Christian community in Bangladesh has changed over the years after being exposed to Catholic sisters from an early age. Many parents have willingly sent their daughters into nursing.

"When I was young, my parents showed me a sister and told me, 'You have to serve people like that sister.' It was ingrained in my mind," Sumana Biswas, 40, a senior nurse at a government hospital, told GSR.

Biswas obtained her diploma in nursing from Kamudini Nursing College in the presence of those Catholic sisters.

The sisters have sometimes had bad experiences while working in nursing, but mostly, they have had a happy ministry.

"When someone comes to the hospital for service, I serve him and, at the same time, I also do the work of spreading the message of God," Sister Mary Chamily said. "For example, giving medicine to someone who comes for service and saying, 'I will pray for you' or 'God will heal you.' I think these words give them peace of mind and increase their dependence on God." 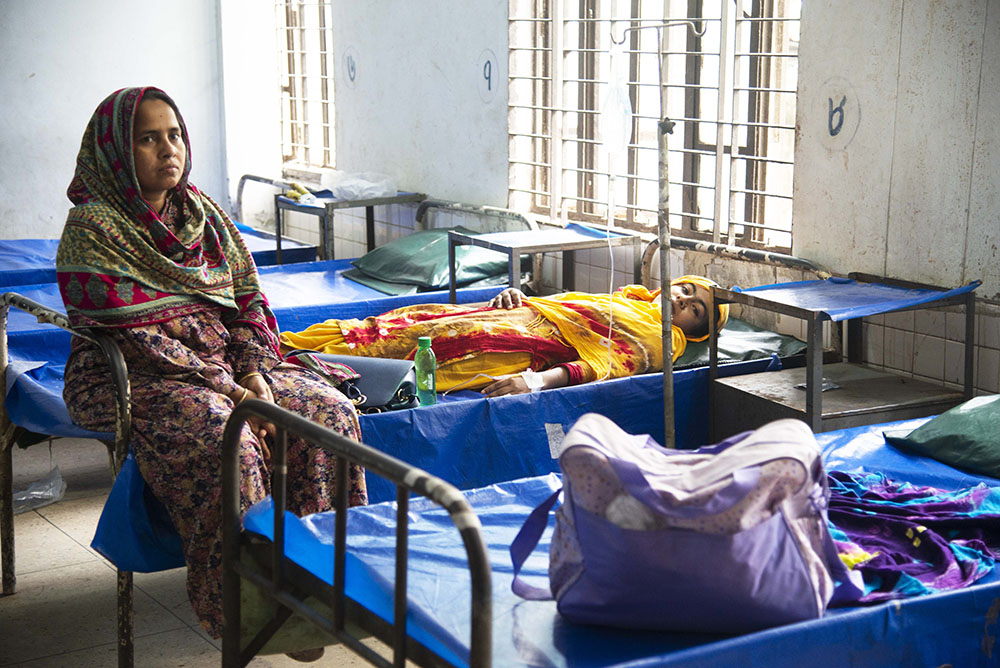 "Our service centers do not charge high service charges because our patients are mostly from poor families," Sister Mary Chamily said. "But we don't have all kinds of medical equipment. To buy them, a lot of money is spent, and at the same time, money is needed for manpower and space."

According to the Bangladesh Nursing and Midwifery Council, the country had 73,043 registered nurses and 102,997 registered doctors as of April 2020. Countries in the Organisation for Economic Cooperation and Development have on average three nurses for each doctor, which means Bangladesh has only 24% of the nurses it needs, the nursing council says.

The Christian Medical Association of Bangladesh said there are about 280 Christian doctors and about 4,000 Christian nurses in Bangladesh in this tiny minority religious community. 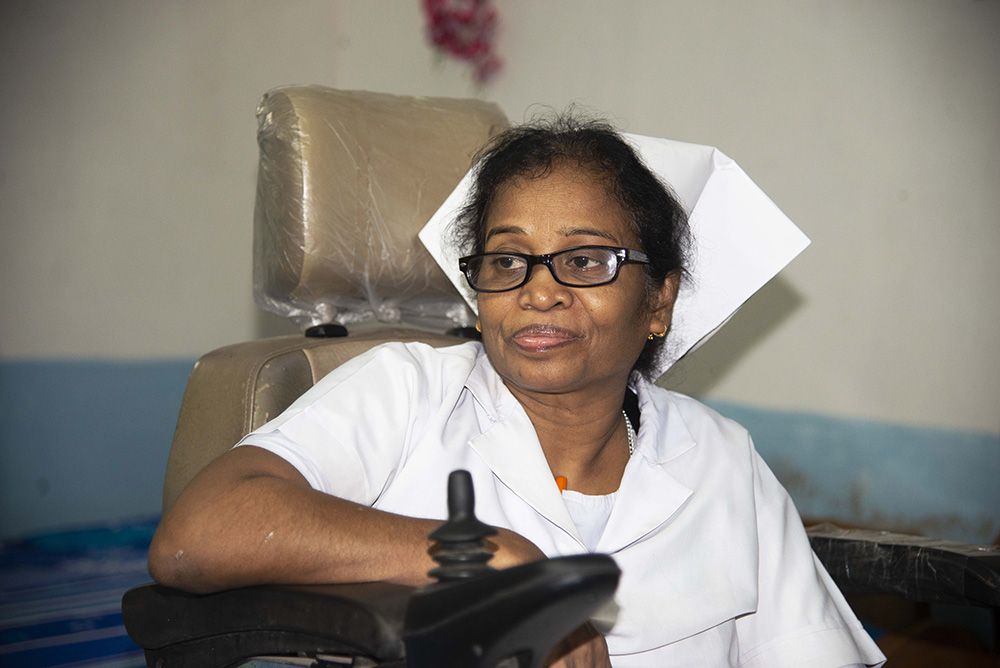 Irani Baroi, a Catholic nurse. The Christian Medical Association of Bangladesh said there are about 4,000 Christian nurses in Bangladesh in this tiny minority religious community. (Uttom S. Rozario)

"I have worked with many Christian nurses in my career. Their efficiency and dedication to work are unmatched," Hossain told GSR. "The fact that service is a religion cannot be understood without seeing nurses, especially Christian nurses. I hope more Christian nursing colleges will be established in Bangladesh."

"The health sector has now become a business, not a service," Sister Mary Dipali told GSR. "To come out of this, you have to be humane. We are trying very hard to get our Christian girls into the nursing profession."