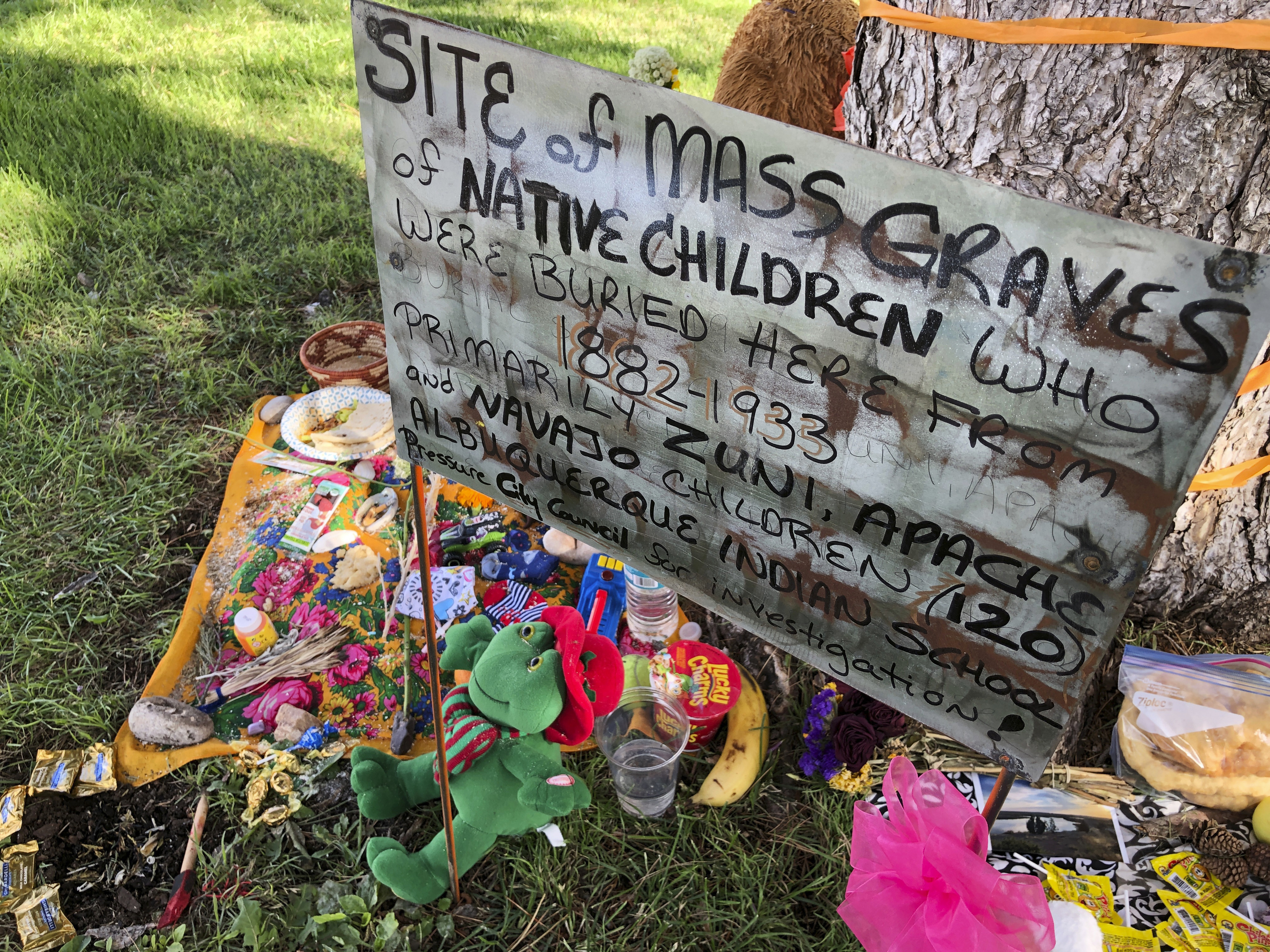 A makeshift memorial for the dozens of Indigenous children who died more than a century ago while attending a boarding school that was once located nearby is displayed under a tree July 1, 2021, in Albuquerque, New Mexico. (AP photo/Susan Montoya Bryan, File)

The sin of the Catholic Church's role in the federal government's attempt to destroy Native American culture through boarding schools must be examined, acknowledged and dealt with, a church official says.

The fact that the schools operated mainly in the late 1800s, when times were different, makes it no less a sin, said Fr. Mike Carson, assistant director for the Subcommittee of Native American Affairs at the U.S. Conference of Catholic Bishops.

Carson spoke Jan. 23 to a webinar of dozens of members of the Catholic Native Boarding School Accountability and Healing Project, known as the AHP. The group, made up of religious orders, church officials and laypeople, works to address the role the church played in the government's attempted cultural genocide.

"This is the sin of racism, and it was as much a sin 150 years ago as it is today," Carson said. "The racist ideology is central to this because racial divisions do not exist in the eyes of Christ."

Hundreds of government-funded boarding schools operated across the country from 1819 to the 1960s; many of those were run by Catholic dioceses or religious orders. In May 2022, the U.S. Department of the Interior released its initial report on the schools, showing they were rife with corporal punishment, including solitary confinement, withholding of food, and whipping and other physical abuse. There are also reports of sexual abuse and the trauma of children being forcibly taken from their homes, having their hair cut, and being prohibited from speaking their native languages.

More than 500 children died at 19 of the schools, according to the government report, and burial sites have been found at 53 schools — numbers that are expected to rise. 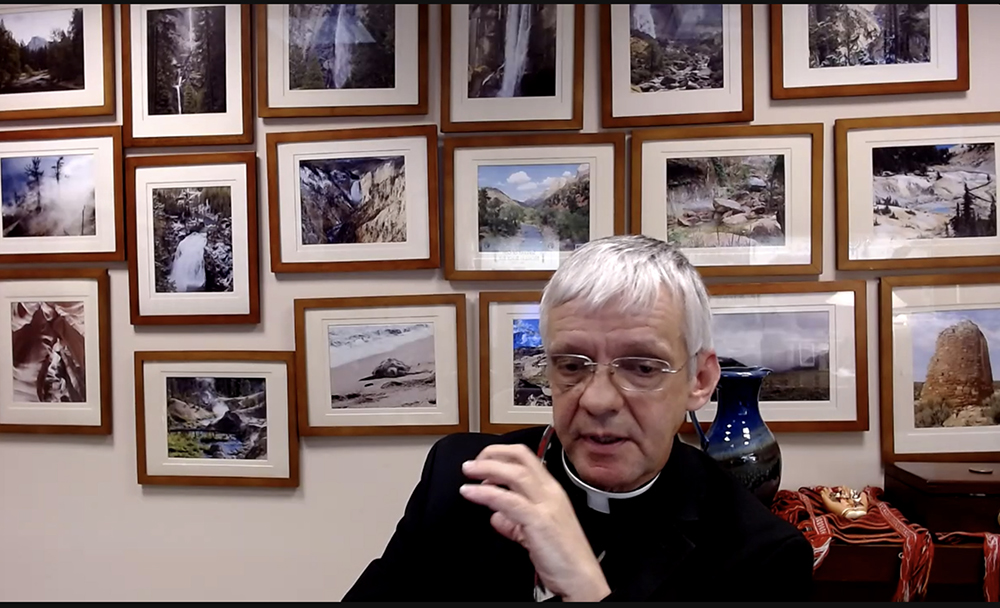 Fr. Mike Carson, assistant director for the Subcommittee of Native American Affairs at the U.S. Conference of Catholic Bishops, speaks to the Catholic Native Boarding School Accountability and Healing Project in a Jan. 23 webinar. (GSR screenshot)

Carson, whose presentation was titled "Native Boarding Schools: Learn from History to Promote Healing," said it doesn't matter whether intentions were good.

Carson, who is the U.S. bishops' conference's liaison to the AHP, said much of the focus for church entities right now is working to find archival records and make them useable and accessible.

"Unfortunately, most of the information we have is class sizes, applications, student names and building construction — things that are less important in terms of healing," he said. "Most of the records are just not there that we really need."

Government records make it clear, Carson said, that the point of the schools was not to educate children, but to "civilize" them. It was a way, he said, to pacify tribal nations with books and teachers instead of bullets, to destroy Native culture and impose European culture.

Now, Carson said, the church is obligated to address these facts.

"The truth does not hurt anyone. We have to get the truth out there," he said. "The avoidance of truth is very destructive to everyone, including the Catholic Church."

The AHP grew out of a grassroots effort that began in 2020; it still does not have a website and is just starting to work on getting nonprofit status.

Sr. Sue Torgersen of the Congregation of the Sisters of St. Joseph, a member of the AHP steering committee, said she hopes more church officials will get involved.

"We realize the wider church has very little knowledge and information about the church's role in this boarding school history and the harm that has come because of it," Torgersen said. "If we can reach people who serve in parishes and dioceses, we can get some of this information out."

Carson said that is critical if there is to ever be any healing.

"We're doing this because we're Christ-centered," he said. "And that means we come to grips with the evil things we've done and move forward."