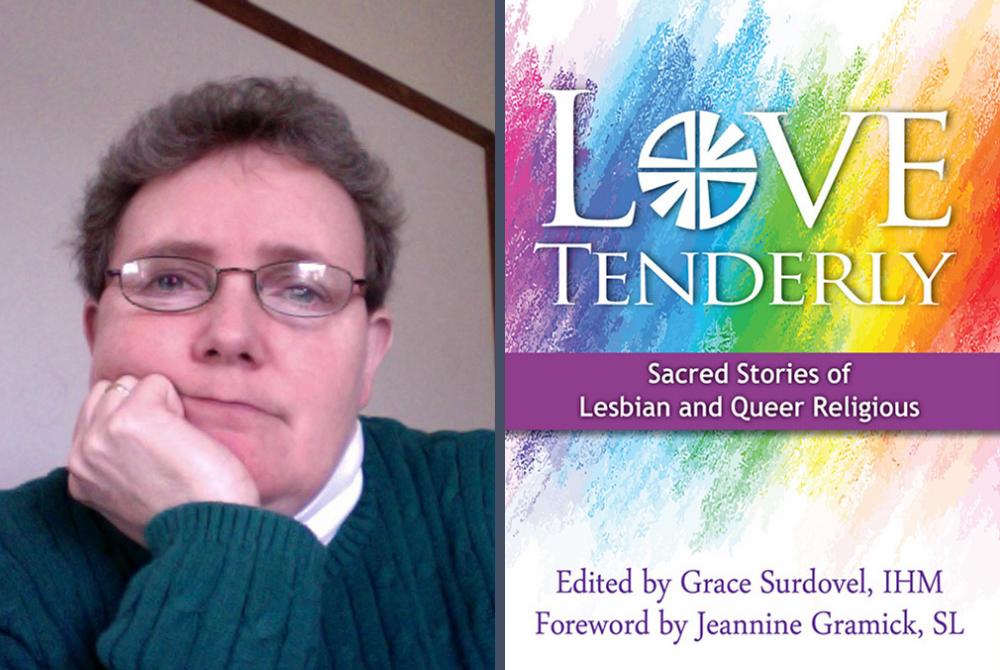 Sr. Grace Surdovel of the Sisters, Servants of the Immaculate Heart of Mary edited an anthology of personal essays called "Love Tenderly: Sacred Stories of Lesbian and Queer Religious," which was published in December 2020. (Photo courtesy of Grace Surdovel)

Sr. Grace Surdovel of the Sisters, Servants of the Immaculate Heart of Mary edited an anthology of personal essays called Love Tenderly: Sacred Stories of Lesbian and Queer Religious, which was published in December 2020 by New Ways Ministry, a Catholic LGBTQ advocacy group.

Inspired by her own experience as a lesbian in religious life, she connected with other LGBTQ religious in the hopes of starting a broader conversation about religious life, sexuality and the dignity of LGBTQ Catholics.

Surdovel started her ministry in the early 1990s as an art teacher and worked at various high schools and in a youth and family service organization for a total of more than 25 years.

She completed her doctorate in education at Wilkes University in 2015 and currently works as a graduate faculty member and technology program coordinator at Wilkes, a private institution in Wilkes-Barre, Pennsylvania.

Since the book was published, she and other contributors have spoken to students, fellow women religious, and a feminist group in Italy. She said the book's reception has been more enthusiastic than she imagined. 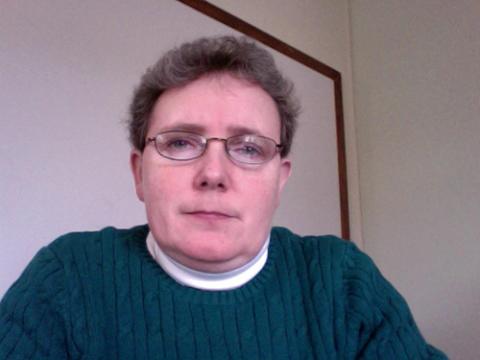 GSR: What has been the reaction from sisters and congregations since Love Tenderly was published in December?

Surdovel: It certainly went bigger and farther than I thought it was going to go. We were contacted by people from Italy asking us to present. I've gotten emails from sisters in Africa. So it's gotten pretty global, which was a pleasant surprise. I would say 90% of the responses have been super positive, so I'm happy about that. They've already asked about getting it translated into different languages — Spanish and Italian have been the latest requests.

You had said in our last conversation you hoped the book would "facilitate conversations that will impact women, religious communities, their families. ... I think it's going to be very much like the pebble in the pond." Has that happened?

Some communities that the writers belong to had already started those conversations, like the Mercy sisters. But it is helping them to expand their conversations. For the congregation I belong to, the Sisters of the Immaculate Heart of Mary, it opened the door for conversation. There's currently a group of sisters who are reading the book.

I got a phone call last night from a friend, a former sister, I worked with years ago. She said, "I bought the book." We wanted folks to read the book and to start asking questions and start having conversations and just get rid of this stigma, the shame and all that kind of garbage. Probably one of my favorite things about this experience has been that those conversations are happening.

Among the responses you've gotten from readers, are there any that stick out to you?

About two weeks ago, I and three of the writers met with students from King's College. There were probably about a dozen students there, and they asked honest questions, like, "How do you handle being lesbian or queer, and in the religious life, and in the church?"

One of them asked, "If you go to a church where you're not accepted, what do you do?" And I said, "That's easy. You walk out and find a place that welcomes you." I'm friends with a pastor in the area, and I said, "Here's his name, here's the church, here's the address, here's his email, you can watch the Masses on the weekend." And they were all excited that there was somewhere for them to go, which made me sad because those students don't feel welcome.

The piece you wrote for the anthology is called "Authenticity." What does "authenticity" mean to you as a sister who is also a lesbian?

When the interview with GSR was published, the president of our congregation emailed our communication director and said, "Please put this out to the members." Well, I had not told the members. I said, "Well, I guess today's coming-out day."

So I sent an email, and I came out to the entire congregation and said, "By the way, here's a book that I wrote, and this interview was about this book. And this is me." I thought, "I guess here's authenticity."

I really embraced that word on that day when I had to send that out. People were already seeing the article, but then, when the president wanted it to go out to 300-plus members of the congregation with a median age of 82, I just laughed. I said, "Just send it. It'll be what it is."

How did people respond to that email?

Positively. I was surprised by some of the older sisters who responded. These sisters are well into their 80s, and they were saying, "That was so courageous of you." It was delightful to get that kind of positive feedback.

I'm sure there were those who didn't respond who maybe weren't as thrilled. But they didn't say it to me, so I'm going to assume they're OK with it until they tell me otherwise. There's that expression: Your opinion of me is none of my business.

Who is this book for, and what do you hope they take away from it?

Well, the audience we were originally writing for was sisters who are very closeted or who are struggling with their own identities and their own orientation or who maybe don't quite understand sexual orientation. But we've heard from college students, priests, teachers, faculty members at colleges, parents of LGBT kids. We also reached a lot of former sisters, which was another group I had not really given a lot of thought to. It is that pebble in the pond I talked about, and all the ripples just keep going.

Could you say a little bit more about your ministry outside of your work on the anthology?

In the beginning, I was a high school art and technology teacher, and I also taught theology. I did the high school theater productions: building the scenery, doing the lights and the sound. I did that for just short of 20 years. Then I spent four years at a school for adolescents with mental health diagnoses.

Then I came to where I am now, which is Wilkes University, to get my doctorate. They hired me to help them transition the doctoral programs into an online setting. I transitioned to full-time faculty, but I still coordinate programs with graduate students.

My student population is getting much more culturally diverse. I have students who are gay or lesbian and a couple transgender students. I don't work at a Catholic school; I work at a private nondenominational. So for folks whose gender identity or sexual orientation might be different, it's more open. 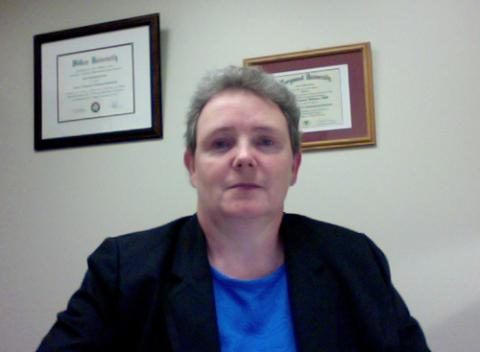 In 2015, you completed a doctoral dissertation on the experiences of closeted LGBTQ former college students. What were the most memorable findings from those conversations?

I ended up with only three participants, which gave me the opportunity to go deep with them in terms of their stories. They were very different: one went through a community college setting, one went through an ultra-conservative religious school setting, and one went to a very large state university.

What was amazing to me was their experiences weren't different, especially in terms of coming to accept themselves: the struggles with family, friends, substance abuse, suicide ideation. They had three different pathways, but they all ended at the point where they've come to accept who they are.

One of my questions to them was, "If you could go back, what could your college have done differently?" They all talked about welcoming space and safe space because it didn't exist when they were there. Or, at least, it didn't exist for them.

How do you think colleges, especially Catholic ones, can better support LGBTQ students and faculty?

Some colleges are better at it than others. For these private schools or state universities, there's probably been more progress made because there's not that overarching mandate that the Catholic schools get from the church.

If we're going to create a more welcoming space for students who are diverse, then we have to go back to the church and get them to be a little more educated and more welcoming, because there's that ongoing battle with the Vatican, and Catholic colleges are kind of stuck in the middle.

I think we have the right pope to move this conversation forward. We want all of our students and all of our employees to be their authentic selves and be welcomed and be safe.

"If we're going to create a more welcoming space for students who are diverse, then we have to go back to the church and get them to be a little more educated."
—Sr. Grace Surdovel

What message would you give to fellow LGBTQ religious?

Of course, I would recommend the book, if they haven't read it already. Not to toot anybody's horn, but that is a great way to start the conversation. Have a conversation about sexuality because nobody is talking about it.

I know some folks are not in an environment where that's a safe thing to do. They can't exactly put the book out on the table in the community room and say, "Hey, everybody, let's talk about this." They'd be finding their luggage on the curb. But I think it's important for all LGBTQ+ folks, particularly those in religious communities, to find your people — and that may very well not be in your congregation. Just find your people, keep your supports close and take baby steps, but keep moving.

What are your sources of spiritual strength and inspiration?

Music is a big one for me, along with art. Also poetry — I'm definitely a disciple of Amanda Gorman now, like everybody else in the country. Nature would be another place. I would say that one of my new inspirations is the authors of the book. I'm just in awe of those women.

Young people are also moving the needle. I think of the Black Lives Matter folks and the folks who are supporting the Asian American community as they're being attacked. And I always think of the Marjory Stoneman Douglas kids who said, "Enough."

I'm also inspired by the sisters in my community when I listen to their stories and walk experiences with them. I'm also inspired by the faith that people have. In spite of what might be happening in their lives, they just cling on to that faith. And we all believe that our church can move in a better direction. And so I'm inspired everywhere.