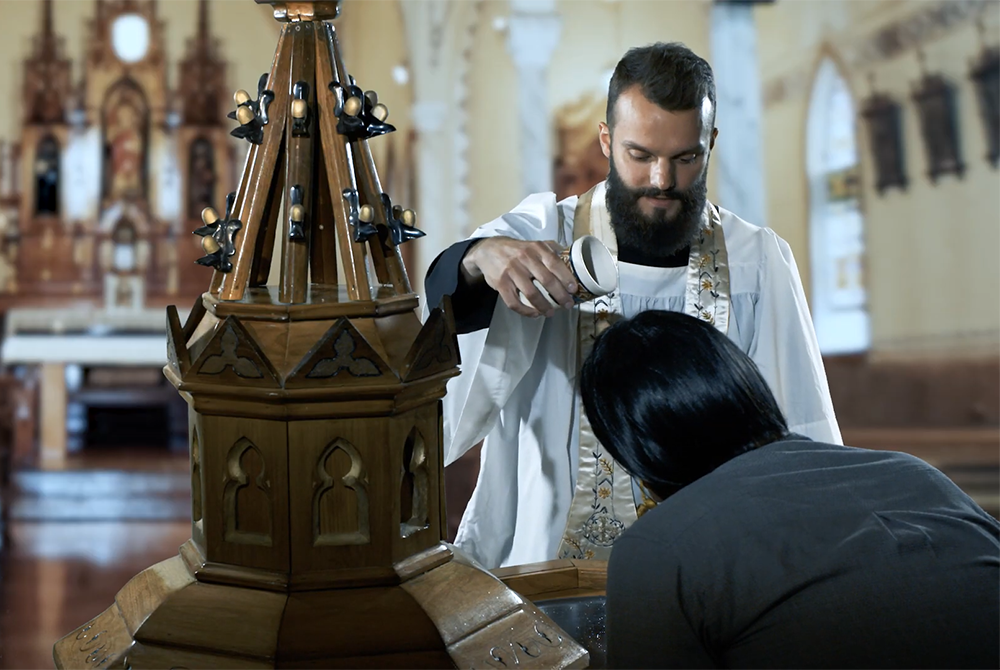 Sr. Judy Zielinski was surprised when she heard in 2017 that Nicholas Black Elk, a Lakota medicine man, had been named a candidate for sainthood.

She knew of the first half of his life, when he participated as a boy at the Battle of the Little Bighorn, toured Europe as a dancer with Buffalo Bill's Wild West show, lived through the Wounded Knee massacre, served his people as a medicine man, and became immortalized as a noble Indian mourning the loss of his culture and traditions in John Neihardt's classic 1932 book, Black Elk Speaks.

Why was he a candidate for sainthood, a recognition that would make him only the second Native American saint after St. Kateri Tekakwitha?

There had to be a story there. And through video cameras and editing bays, Zielinski is a storyteller.

The Sister of St. Francis of Sylvania, Ohio, is the director of faith and values programming at NewGroup Media in South Bend, Indiana. She formerly served as broadcast services director for the Toledo, Ohio, Diocese; communications director for the Conference of Major Superiors of Men in Washington, D.C.; and director of television production and development for Family Theater Productions in Hollywood, California. 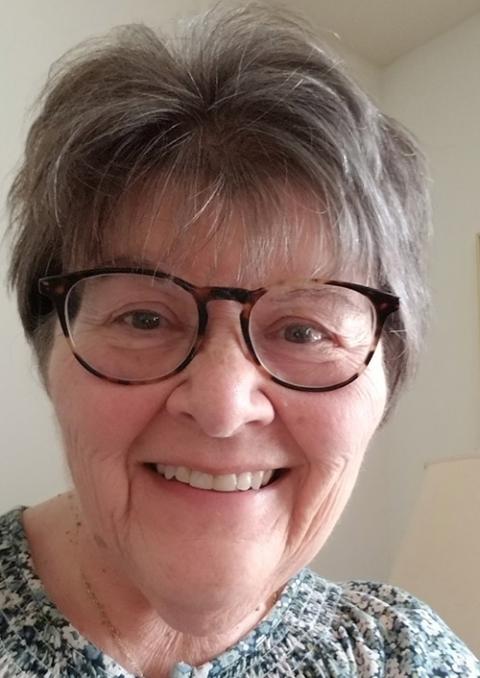 She has written and produced documentaries both domestically and internationally, including public television broadcasts set in the Holy Land, "Mary of Nazareth: From Icon to Woman" and "The 5th Gospel: The Land and Sea of Galilee." She wrote and produced "Come to the Water: The Adult Journey to Baptism" and two Gabriel Award-winning broadcast documentaries, "We Shall Not Be Moved: The Catholic Sisters of New Orleans" and "Interrupted Lives: Catholic Sisters Under European Communism." Her 2017 documentary, "Bread and Roses Too: Healing Domestic Violence at Bethany House," explored the issue of domestic abuse.

Now, "Walking the Good Red Road: Nicholas Black Elk's Journey to Sainthood," the hourlong documentary she wrote and produced, is airing on ABC stations nationwide as part of the Interfaith Broadcasting Commission's spring documentary season. It tells the little-known story of the second half of Black Elk's life, the decades that prompted his cause for sainthood.

DVDs for sale can be found on the website of the Diocese of Rapid City, South Dakota.

GSR: How did you get started on this project that would consume the next two years of your life?

Zielinski: The cause for sainthood for Black Elk opened in October 2017, and I was aware of it and surprised — as many people were — because he was not known for being Catholic, let alone a candidate for sainthood.

Neihardt's book ends with Black Elk standing on a high cliff looking out over the Black Hills and praying for his people. He's kind of frozen in time as this noble Indian mourning the loss of his people's culture and lands and lives.

What Neihardt didn't write about, and I understand because of the needs of the storytelling he was doing, but he left out that Black Elk had been baptized in 1904 and spent more than 30 years working as a catechist with the Jesuits. And that piqued my interest.

I talked to someone who was interested in doing a shorter video, but it seemed to me to be a much bigger story.

How do you pay for a project of this size and scope?

I was in Washington, D.C., at the U.S. Conference of Catholic Bishops, and I pitched the idea of a network special to the Catholic Communication Campaign. They encouraged me to submit a proposal. It was accepted, and they provided the initial, substantial grant. There was also completion funding from the Jesuits' USA Midwest Province and the Jesuit Conference of the United States and Canada, and then a final grant from the USCCB to help with promotions and broadcast issues.

And once it's paid for and finished, how do you get it in front of audiences?

We work with a coalition of ecumenical groups called the Interfaith Broadcasting Commission. They work with the three major networks to place eight hours of religious programming a year on those networks, four hours in the spring and four hours in the fall. We are the fourth documentary of the spring season.

The agreement is that whatever network is accepting the program has 60 days from the first broadcast for their affiliates to air it; the affiliates have it downloaded to them and they have 60 days to choose when and how to broadcast it. So it's not going to be on during primetime, but they can run it whenever they want. We've been informed by the IBC that it has cleared over 70% of the ABC affiliates. It's unusual to have that kind of acceptance. That's a tremendous response. 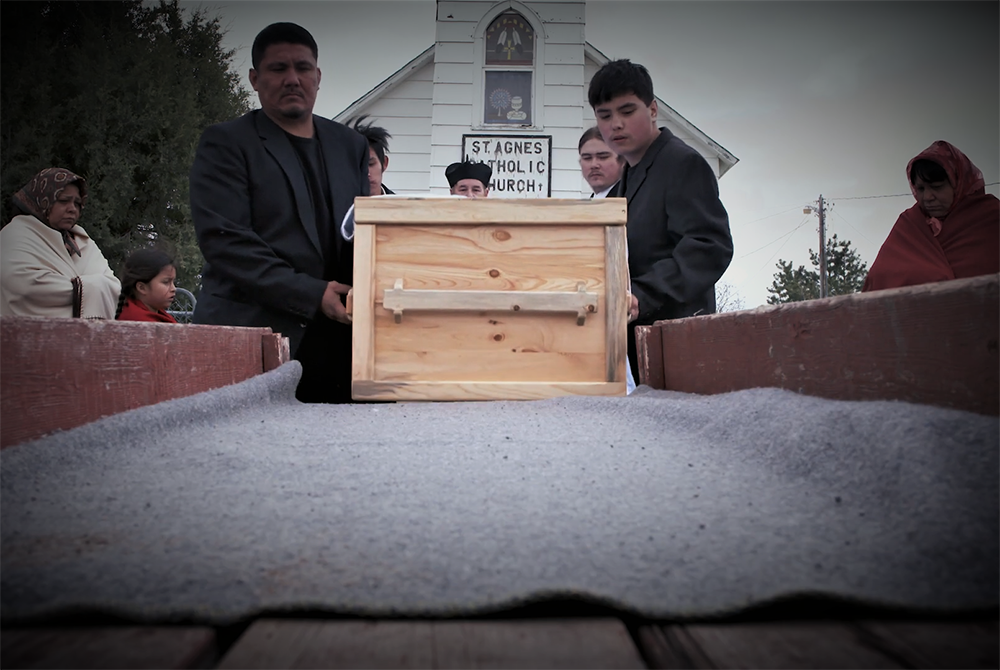 You can't escape from how Native Americans have been portrayed in previous decades and how that continues to affect them, even today. What kind of pressure did that add to this project to get it right?

Informally, I've heard from several people who were involved with the program, and they were happy with how the story reflects the Native American position and their story, which is a big relief.

This is probably my fifth or sixth network special I've done through IBC, but this was the most complex because I felt the story needed to succeed with several audiences. There's the Catholic Church and the cause for canonization. There's also the Jesuits, who have been working with the Lakota people since the 1880s and have a complex history with them: They've done so much good for so long but also ran the Indian boarding schools that tried to erase their culture and their language. Another audience is, of course, the Lakota people. Does this faithfully record their experiences and their experience with the church? There is also the academics. There's a number of historians and scholars in the program.

So what makes Black Elk a candidate for sainthood?

But the Jesuits saw his potential to bring people together. There was this tremendous polarization between the Lakota people and the U.S. government and, to some extent, the Jesuits. He had a vision during the Ghost Dance, where he sees the Son of God and says very clearly that he was not Indian, he was not white, he belonged to all people. I think it's his holiness and his ability to live with the tensions of his time and this culture. It's the same as today. We live in a society that is completely polarized. But Black Elk was a bridge-builder.

Most people don't realize the actual filming is probably the easiest part of a project like this.

All told, we had between 70 and 75 hours of filmed material for a one-hour documentary. That's interviews, B-roll, hundreds of stills. We worked very closely with Marquette University because that's where they have the Jesuit archives. We also had to explain Westward Expansion, the broken treaties and the reservation system.

When you're the producer, you come up with an idea for a program, and then every time there is a question or a problem — everything from finding the right people to be in the program, booking the airfare, finding the hotel, renting the van, getting the crew together, writing the script — that all comes to you. My first script was two hours long, so then it's deleting and editing and then dealing with the network, getting the credits down to one minute long while still being able to read them, dealing with the network standards board, and then the promotion and trying to get the word out. If the phone rings and there's a question or a comment, it goes to the producer.

It's pretty intense, but obviously very rewarding, too.