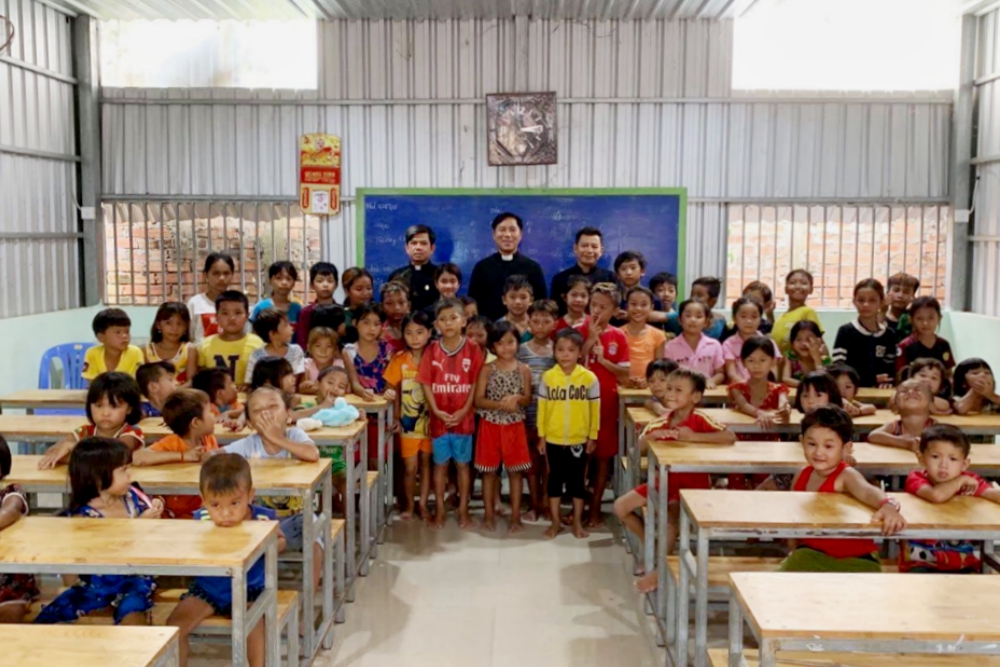 I recently toured Cambodia with an American friend, and the trip was meaningful to me on several different levels. We visited some famous places in Cambodia such as the Royal Palace and the National Museum in Phnom Penh city, and some ancient temples like Angkor Wat and Angkor Thom in Siem Reap.

It is useful for us to learn from the Cambodians, who have maintained images of a glorious, mysterious past and a rich cultural heritage — especially Angkor Wat, the world-renowned ancient temple city whose magical image draws an ever-increasing number of tourists from all over the world.

But the most meaningful experience for me was dropping in at an orphanage center in Kandal province, Cambodia, to visit and give gifts to the orphans. Br. Joseph Nguyen Thanh Tung, a Vietnamese monk of the Missionary Society of the Redeemer's Mother, had invited us to visit St. Anton Parish, which belongs to the Mekong vicariate, Phnom Penh Diocese. There, they offer two free classes for 72 poor Vietnamese children living in Cambodia. Brother Joseph explained that most of these children are from impoverished families. 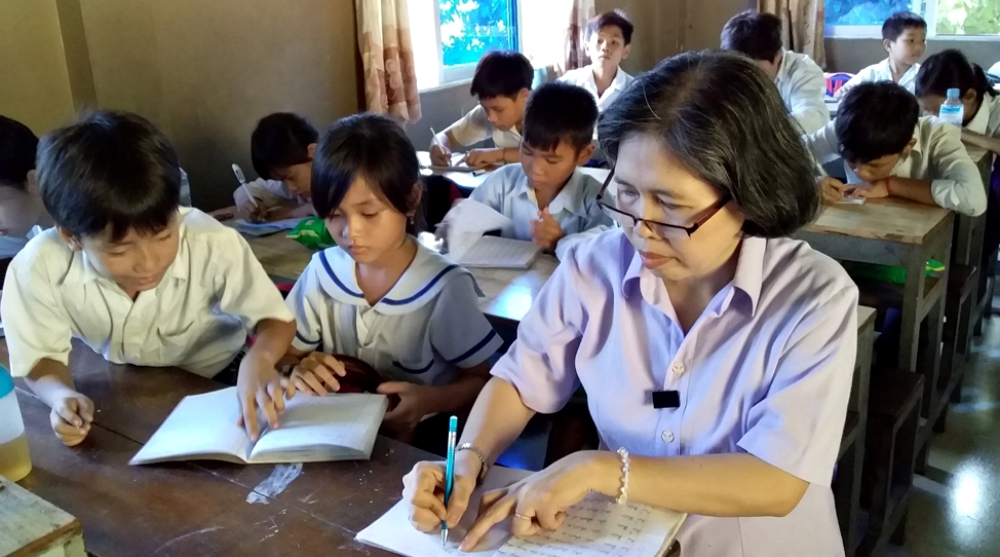 He explained that Cambodia shares its eastern border and large parts of its history with Vietnam. Periods of wars and immigration between the two countries have led to a significant population of ethnic Vietnamese living in Cambodia today.

On the other hand, some of the Vietnamese came to Cambodia during the periods of French colonial administration and the People's Republic of Kampuchea. Thus, they are stateless residents of Cambodia and face difficulties in getting access to education, employment and housing. For example, they do not have any citizenship papers, so were unable to enroll their children in public schools.

Morever, the majority of Vietnamese who are based in the Tonle Sap and Mekong rivers are unable to afford the school fees for their children. Vietnamese children face difficulties in academic work, as classes are taught exclusively in the Khmer language, and Vietnamese children that grew up speaking Vietnamese at home have limited competency in Khmer. 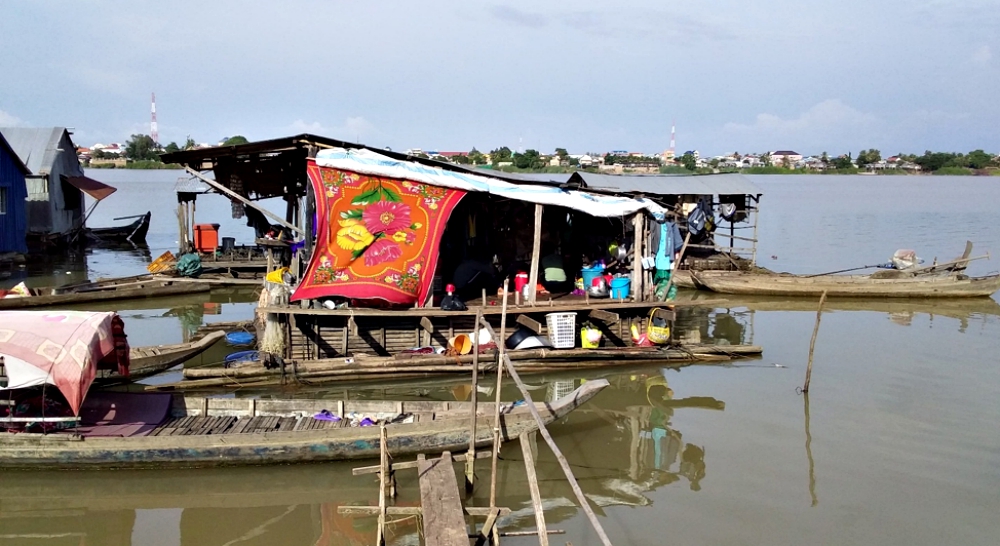 In 2008, Joseph was sent to Cambodia to do evangelical work at St. Anton. When he arrived at this parish, the class for poor children had been established but was unsuccessful because of lack of teachers.

Recognizing the difficulties and needs of the Vietnamese children, he asked for permission from the Ministry of Education to open free classes for children in Grades 1 to 5. He set up the classes with the two languages, and requested funding for two teachers.

Currently, there is a Cambodian teacher, Yin Somth, a single woman of 59 years old, who teaches the Khmer language for children in the morning.

There is also a primary teacher who has been there from the beginning, Mary Nguyen Thi Thuy Trang, a single laywoman who lives a religious life in her own home. Mary is 54 years old, and teaches the Vietnamese language for children in the afternoon.

Mary has accompanied the poor for seven years. She has to return to Vietnam every month to extend her visa. That visa costs $25; with her salary at only US$160, it is not enough for her to live on in Cambodia, but she does not care — the most important thing is that she is happy in helping the poor Vietnamese children.

We visited the class while she was teaching. I really admire her, a Vietnamese volunteer who has devoted the rest of her life in a foreign country to help the poor. I asked her. "Why did you come to Cambodia? How do you feel about your work now?"

She explained that when Brother Joseph first invited her, she did not want to come since it was too far from home. After a few days of thinking and praying with God, she decided to come to Cambodia. And still, after seven years teaching for the Vietnamese poor, she feels happy and peaceful in her work, especially because she loves the Vietnamese children very much — and because they have such hard lives.

What a wonderful trip! I not only relaxed and learned some useful things, but I got to visit people living in poverty. Bob Kleba (my American friend) and I admired the example of service shown by Brother Joseph and Miss Mary, generous volunteers who have sacrificed for the poor in a foreign country.

Having a better understanding of their difficulties, challenges, and sacrifices, Mr. Bob has promised to support them and their ministry when he returns to his country. And I will always remember them in my daily prayers — may God bless them with good health and happiness in serving people living in poverty, for the sake of God.

[Mary Nguyen Thi Phuong Lan is a Dominican Missionary Sister of Phu Cuong in Vietnam. She is in charge of caring for 32 orphans at Binh Trieu Development Center in Ho Chi Minh City, Vietnam. She was a contributor to the first round of the GSR series The Life.]