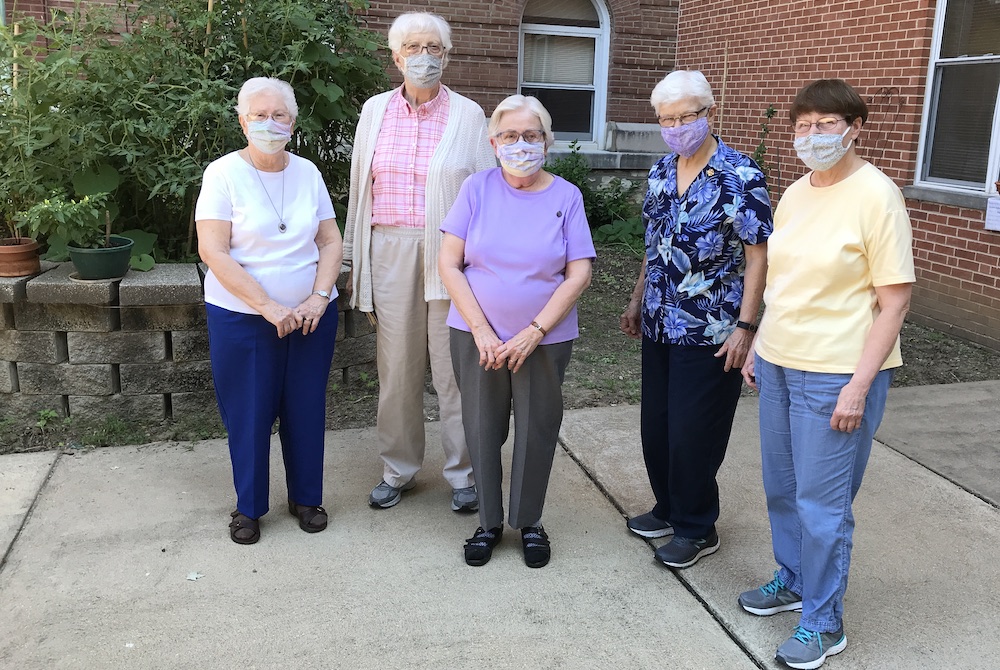 Sitting outside in masked, pandemic style, I recently asked some of my sisters involved in criminal justice ministry to share reflections on their experience.

All had backgrounds in education and administration before they had chosen to work with those transitioning from prison. Accompaniment of those who had been incarcerated was the context of our sharing.

In our faith sharing, we focused more on how this ministry called them to change, rather than on what they had done. This perspective became the focus of our conversation.

School Sister of Notre Dame, Mary Margaret Johanning had once welcomed me to a new ministry by saying:

"Who you become here is more important than what you do here."

Here are a few ideas from the six sisters responding.

Rose (15 years in that ministry) said: "When I listened to stories of the crimes an inmate suffered before committing a crime himself, I began to understand how hurt begets hurt. And I am careful of the hurt I've received, knowing my hurt can beget hurt."

Carleen (17 years) shared: "I wasn't sure my claustrophobia would allow me to visit prisoners. To test my strength, I asked to visit the St. Louis Work House to see if I could handle the clanging of gates and waiting for the next one and being caged in."

Meeting inmates and learning from their hope, she conquered some of her fears and spent 17 years in criminal justice ministry, where she initiated hiring ex-convicts as case workers. When a case worker sat down to interview a new client and the man said, "You don't know what it's like to be leaving prison," the caseworker surprised him by sharing his story.

Geraldine (11 years) told of meeting someone who needed a bus ticket to Columbia, Missouri, and when he received it, his comment was: "I've got to make it right this time."

"Sometimes the simple gift of a backpack, with a toothbrush, and other essential items, valued at $10, was a lifeline for a few days. Knowing that he could find help in the midst of transitioning from prison life meant much."

"It's all about the mission of Jesus," Geraldine said with conviction. "Visit prisoners, clothe the naked and feed the hungry … this is what we do."

In her recognition of hearing loss in herself, she said, "We all have a limited time to carry out the mission of Jesus. So make the most of the time we have by helping others get a second chance at life."

As our faith-sharing continued Elaine (17 years) said she was "awakened" to a whole new world and gave these examples:

Millie (6 years) said: "My journey with people in prison began with participation in Residents Encounter Christ retreats for both men and women." Tears accompanied her sharing of memories as she recalled some of her family members who would make racial comments when she was a child. Later she recognized the institutional racism of her small town.

Eventually she became a receptionist at Criminal Justice Ministry, a re-entry nonprofit in St. Louis, and, even though an introvert, learned to accept and trust those she met. As she grew in her respect for others, she felt joy in meeting them. "I often learned from listening to former inmates who would mentor one another. One comment touched me deeply: 'I made up my mind never to go to prison again.' "

"One day I had a little basket on my desk; one York mint was left and I offered it to a client who had just been released from prison. He enjoyed it and then with tears in his eyes said, 'I had forgotten people could be kind.' "

Sharon continued: "Another man newly released from prison was waiting in the courtyard, sitting at a table. When she asked how she could help, he responded, "I'm looking at the trees. How wonderful to see trees and feel the breeze!"

Originally, when I had asked one of our sisters for an interview, she said, "We're not into systemic change. We just do the little things that make folks know they're human."

According to their website, Criminal Justice Ministry (CJM) "has become one of the leaders in re-entry services in the community drastically lowering recidivism rate of the formerly incarcerated from 66% nationally to 22% as a CJM program graduate." Through a variety of programs and speakers, an anger management class, and personal support from staff and volunteers, folks are given a second chance at life.

According to their website, CJM has offered 40 years of service and "is the whole package for re-entry," providing financial assistance as well as food, clothing, transportation and housing along with emotional support and encouragement. "If you are returning from a period of incarceration, make an appointment."  And the website makes this point:

"We do not base our neighbor's worth on past actions. Instead we systematically assess their current needs and provide service that will positively impact the individual as well as community." 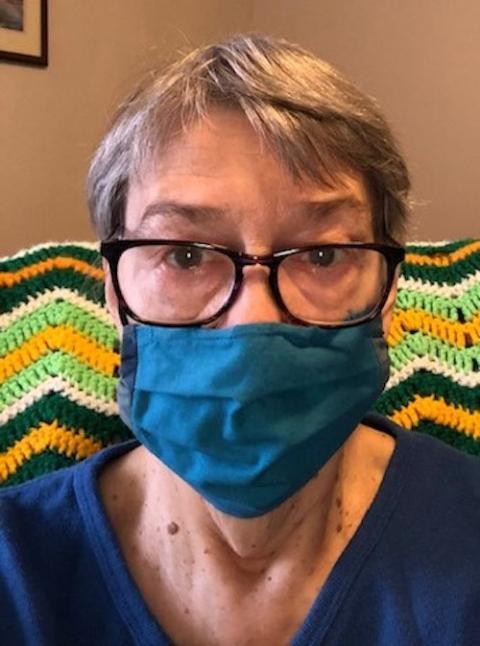 Sitting among my sisters and hearing their stories was inspiring to me.

Rose had been asked by a client-friend to be present with his family at his execution, an experience she will never forget.

Carleen had been executive director and had one colleague call her the "Spitfire Sister" for her dedication to those incarcerated.

In her farewell address after spending17 years working for those imprisoned, she told a story.

"When I was 4 years old, my mother sent me to our neighborhood grocery for a loaf of bread. I picked up the loaf of bread and while waiting to be checked out — tried to read anything I could — not knowing any hard words but could recognize the word 'free,' on a small box of raisins, so I put the box in my pocket and paid for the bread."

"By the time I reached home, the grocer had phoned my mother, saying that I had stolen raisins. When I pulled out the box and showed her the word 'free,' that's when she taught me the next word, 'recipes,' followed by an address to request free recipes. Fortunately, I could return the raisins, explaining my reading limitations, and that was the end."

And she concluded by saying, "Working with others we try to "reflect another's worth to them, to help them reach their full potential."

This is the meaning of education to School Sisters of Notre Dame; it is our small gift to those incarcerated, and recalls our original focus: "Who" we've become is one who realizes our shared humanity with the incarcerated body of Christ.