Catholic sisters remain at the forefront of COVID-19 response 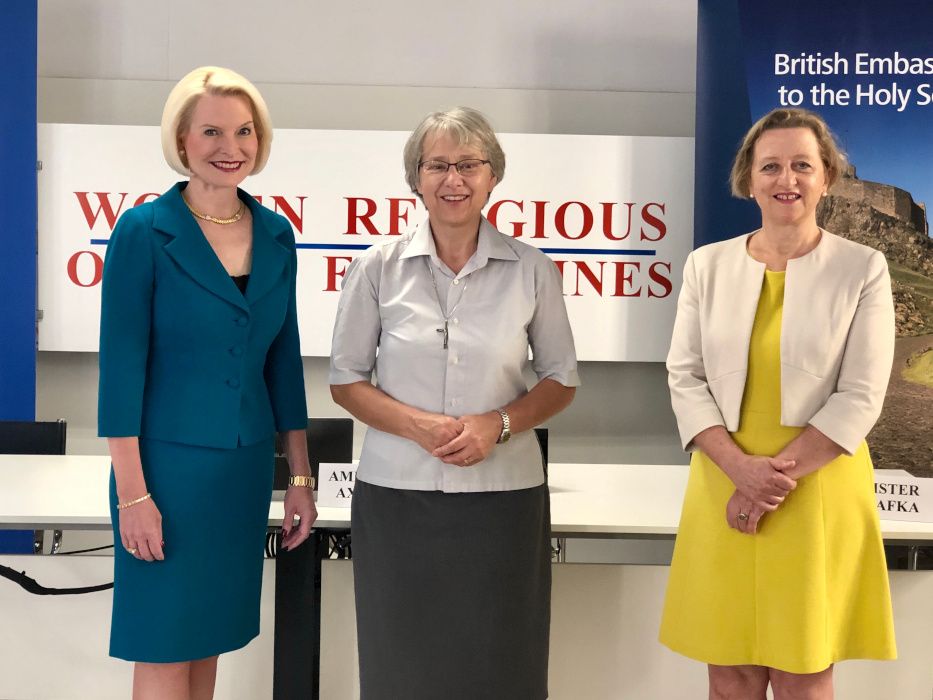 This was the third Women Religious on the Frontlines symposium our embassy has held since 2017. All of these programs have been organized in collaboration with the International Union of Superiors General, which is led by Sr. Pat Murray of the Institute of the Blessed Virgin Mary, its executive secretary, and Claretian Missionary Sr. Jolanda Kafka, its president.

Given everything that has happened in the world over the last several months, our program could not have come at a more appropriate time. Tragically, the COVID-19 pandemic has caused vast global unemployment, poverty and food insecurity, further challenging the work of women religious.

The effects of the pandemic on the Catholic Church have been particularly damaging. Countless priests and women religious have tragically lost their lives to this terrible virus. Here in Italy and around the world, many faithful Catholic sisters have made the ultimate sacrifice while caring for others.

Despite harrowing losses, Catholic sisters and faith-based organizations have continued their life-saving work. They have been at the forefront of the fight against the spread of COVID-19.

These faithful sisters and their orders are defined by an abiding sense of purpose and are dedicated to aiding those most in need. They serve as lifelines for communities experiencing unprecedented hardships and as advocates for the oppressed.

We were grateful to be joined at our symposium by three remarkable sisters who spoke about the pandemic's impact on their organizations and the communities they serve.

Sr. Stan Therese Mario Mumuni joined us from Ghana, where she is the founder of the Marian Sisters of Eucharistic Love, protecting and caring for Ghanaian "spirit children," who are ritualistically murdered due to physical or mental disabilities.

Despite facing great and unexpected challenges resulting from the pandemic, Mumuni and her congregation continue to risk their lives to help these children. She spoke about how her sisters are working to combat the horrific human-trafficking situation in Ghana, where children are sold to fishing boats for as little as $5.

Sr. Imelda Poole of the Institute of the Blessed Virgin Mary joined us from Tirana, Albania. A native of Great Britain, Poole helped establish the Mary Ward Loreto Foundation in 2009, an anti-trafficking nongovernmental organization in Albania. She is also the president of Religious in Europe Networking Against Trafficking and Exploitation (RENATE), which works to combat human trafficking across 31 countries in Europe.

Poole revealed that 70% to 80% of RENATE's work has now moved online. She described in great detail why those most impacted by the pandemic are now even more vulnerable to human trafficking and urged governments to take more legal action to combat this evil scourge. 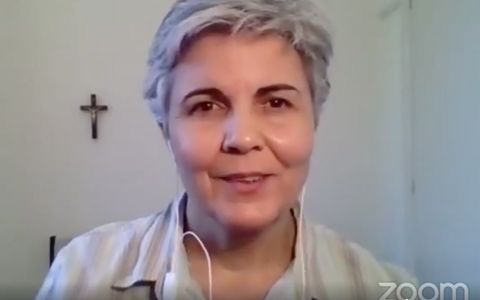 Comboni Sr. Alicia Vacas speaks during "Women Religious on the Frontlines," a June 23 online symposium about how women religious are responding to the COVID-19 pandemic. (CNS screenshot/Facebook video)

And finally, Sr. Alicia Vacas joined us from Jerusalem, where she is the provincial superior of the Comboni Sisters. Vacas recently provided health care at the epicenter of the COVID-19 pandemic in Bergamo, Italy, where her congregation lost 10 sisters.

Vacas described the challenges faced by women religious not just in Italy, but around the world, including a lack of supplies, medical care and protective equipment. And yet, Vacas conveyed that a wonderful spirit of collaboration exists between congregations who support each other while caring for those in need.

These courageous women illustrate that even during a devastating pandemic, Catholic sisters work faithfully and tirelessly to support the most vulnerable among us.

[Callista L. Gingrich is the U.S. ambassador to the Holy See.]

Read this next: Women religious honored for work on pandemic's front lines

Coronavirus | Catholic sisters remain at the forefront of COVID-19 response

Emerging from the pandemic, not unscathed but transformed