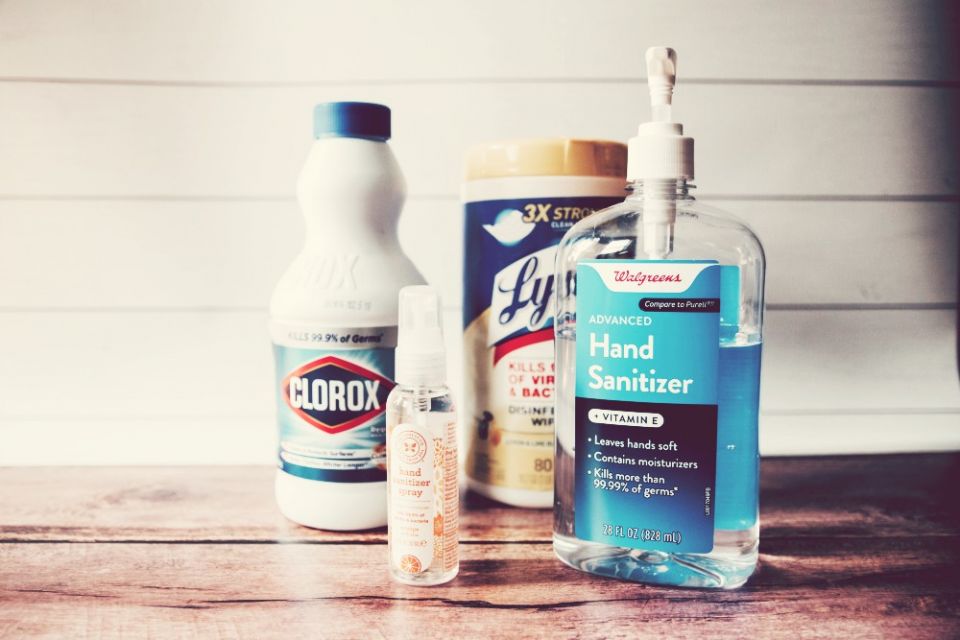 I had a plan! I want you to know this from the outset. In fact, I had several plans!

In early March, when we heard that our neighboring county in northern New Jersey was becoming a national "hot spot" for the novel coronavirus (COVID-19), I started to develop a plan. The four sisters in my local community gathered to discuss the safest way to live together. Two sisters were at high risk, as they ministered in health care facilities, and the other two ministered in a neighborhood center for immigrant women where social distancing was not easy.

Given what we knew at the time, we developed a plan: We would wear masks everywhere, even inside the house. We would be diligent about hand-washing and disinfecting common surfaces. We would still eat our meals together, but with a bit of distance between us. We would admit to each other when we had the slightest symptom of the virus, rather than trying to "tough it out." Most difficult of all, we would ask the sister among us who fell into a "high-risk" category to stay home. That was our plan.

Then, the city asked us to close the building from which we run our ministry for women. I still had a plan. I am a woman religious. In previous epidemics, our communities have stepped forward and gone where others would not. The founder of my community, Pauline von Mallinckrodt was described by a friend as someone who would "creep into the huts of the poor . . . in an untiring, wonderfully inventive service to those who suffer."

Infused with her charism, I was going to continue to serve, asking our clients to make an appointment to meet me at the front door and pick up diapers, wipes, grocery gift cards or whatever they needed. That was my plan.

Then city officials asked us not to invite people to the front door of our ministry. They feared that as the pandemic wore on, the crowds would become too large, putting us in violation of social distancing regulations. But that didn't prevent me from being visible in the city to respond to people's needs (with proper protective equipment). That was my plan.

Then the call came: One of my sisters was being sent home from work with a fever. Five days later, another sister (the one who had stayed home for the past three weeks), woke up with a fever. Even before they were able to be tested, we lived as if these sisters had COVID-19, and they isolated themselves in their bedrooms.

Days later, both test results came back positive and fearful questions began to fill my mind: Were we going to be able to keep them out of the hospital? Were they going to wind up on ventilators? Were they going to die? Were the two others in the house going to become infected? Should the sister who was ministering as a registered nurse continue to go to work? What would happen if all of us became infected?

This was in early April, when very little was known about how to care for COVID-positive patients, and what was known seemed to change every few hours. Fortunately, our resident nurse took on the necessary tasks like an efficient general preparing for battle, informing us what needed to be done and when and how to do it. She consulted with health care providers on a daily, sometimes hourly, basis, to figure out the best course of action.

When it was determined that she would be able to return to work, we developed a schedule wherein she would check on our "patients" each morning before going to work, and I would drop off their breakfast and lunch outside their bedrooms. They would come out to pick up their meals — or medications, water, tissues, laundry or towels — after I had walked away, reducing my risk of exposure.

Then after coming home from work, the nurse would put on a gown and an N95 mask, go into their rooms to assess them, deliver their dinners, and remove the dirty dishes and other items that had accumulated throughout the day.

This was far from my original plan. This plan scared me to death! For the first week, I was convinced that every noise I heard during the night was going to end with a call to 911 for a lifesaving trip to the emergency room. I awoke very early, showered and got dressed in case a sudden trip to the doctor or hospital was necessary.

Every evening, I would watch CNN to see if Chris Cuomo — a victim of the virus who was broadcasting from the isolation of his basement — had another suggestion from a medical professional. When I saw a video of a physician who taught breathing techniques for COVID-19 patients to keep their lungs clear, I shared it with both sisters. If Dr. Anthony Fauci said something important, I would set out to determine if it was something that could help our sisters.

I had a new plan. Commitment to care and sheer willpower were going to cure our sisters of COVID-19. But they remained ill. Their fevers continued for many days longer than any fever should and their other symptoms persisted. Just when we thought that a fever had broken or another symptom had diminished, it would reappear.

First week, second week, into the third week ... I spent most of my time in the kitchen preparing meals, cleaning up or sanitizing, and in the chapel, praying with tears rather than words. Despite what the liturgical calendar said, the end of the Paschal Triduum did not bring resurrection, but a continuation of Lent. I resisted the urge to answer greetings of "Happy Easter" with "Are you joking?"

Then, ever so slowly, their afebrile hours began to increase — 24, 48, 72, and beyond! Their appetites returned and both sisters became eager to leave their bedrooms. The rest of the church celebrated Good Shepherd Sunday on May 3, but we celebrated the resurrection of our community members after five weeks of carrying the cross of COVID-19!

While the psalm of the day, "The Lord is my shepherd, there is nothing I shall want," might have been appropriate for this occasion, we preferred the responsorial psalm of Easter: "This is the day the Lord has made; let us rejoice and be glad in it!"

As I wrote these words, three months had passed since the "resurrection" of our sisters who suffered from COVID-19. They appear to be better, with some residual fatigue, but no long-term effects of the disease thus far. We are so grateful for this! But the experience of those five weeks was so profound that it took me three months to begin to write about it. Our sisters got better, but the world is still in the throes of the pandemic.

As is true with most of the world, significant events in our community have been postponed or transformed into "virtual" gatherings. Schools, ministries, organizations and businesses are finding it financially unsustainable or logistically impossible to reopen. Rather than face-to-face interactions and relationships, we have face-mask-to-face-mask meetings, 6 feet apart, even in church.

It is not overly dramatic to say that nothing in the world will ever be the same again. However, I know that, now and forever, God has a plan that far surpasses anything that I could ever contrive.

[Ann Marie Paul is a Sister of Christian Charity from Passaic, New Jersey. She is director of the Passaic Neighborhood Center for Women, a collaborative ministry of the Diocese of Paterson, New Jersey, and its religious communities.]

Coronavirus | COVID-19: God's plan and mine

The stories of COVID-19: a future and a hope

The coronavirus, the cross and our vocation