A pilgrimage through quarantine 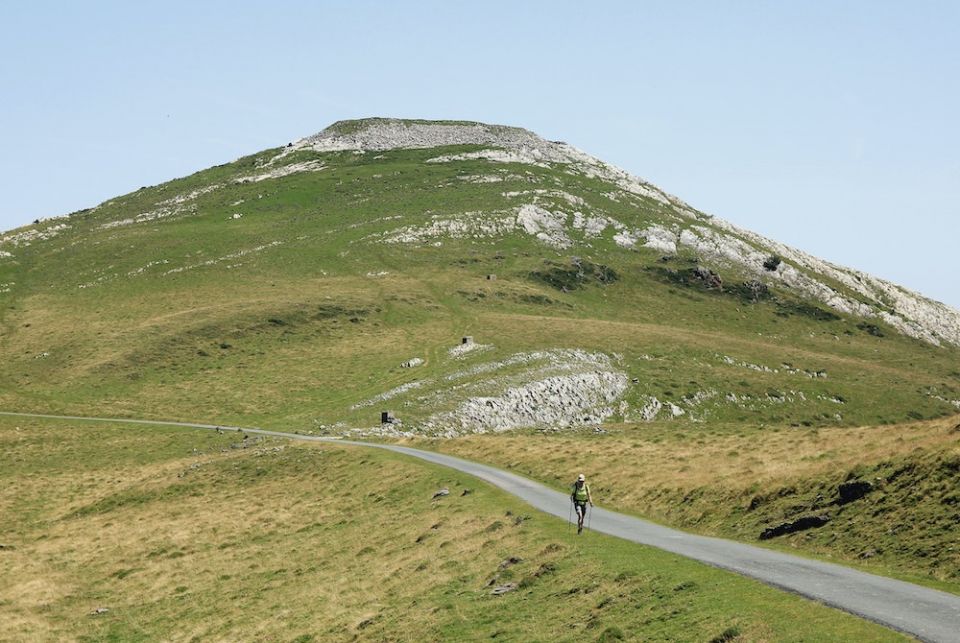 While it has been brief and spiritual instead of long and physical, nevertheless, it has been a journey to a sacred place. (Unsplash/Damien Dufour Photographie)

It was the afternoon of the second Sunday of Advent in 2020, and I was angry. I had been careful for more than nine long months, but now — even without any symptoms of having the disease — I was quarantined because some other people in our nursing and retirement facility had tested positive for COVID-19, unwittingly becoming carriers through no fault of their own. As is true of all of the 40 people in my retirement home, my age and health issues put me at risk. So, along with about 19 others, I had entered into quarantine the previous evening.

That afternoon I did what I have done so often when faced with a frustrating situation over which I have no control. I sat at my computer and began to write. The end result was a poem, some of which I will quote in this column, but one that I am sure that I will never publish in its entirety. There's more than enough negativity in the world without my adding more to it. The full version of that poem will remain in my journal.

When I'm angry, sarcasm is my weapon of choice, so the poem begins like this:

Great timing, Covid !
The days before Christmas shouldn't be like this,
shut up in a room, unable
to associate with friends and neighbors.
unable to share meals, stories, jokes, and laughs,
unable to exercise in the halls,
unable even to gather in prayer.
Christmas time is a time of socializing,
and decorating, not a time for withdrawing.

The next target of my anger and resentment was people who refuse to wear masks and observe social distancing:

Great work,
you who took chances, who first refused
to wear a mask or social distance
because you have "constitutional rights,"
because you have "freedom" to choose.
The rest of us can suffer while you
go merrily on your way of destruction,
no matter how much someone else must pay
for your lame-brained, self-centered choices.

So, those were my first reactions: resentment, anger, bitterness and harsh judgment, because along with close to half of us in the retirement facility in which I live, I had to pay for what in my judgmental thinking could be traced back to some faceless and nameless stranger's careless stupidity as its source. I probably wouldn't have been human, if I hadn't felt that way. And, as anyone in my community could tell you, I am human with all that that implies. So, I took my feelings to prayer and allowed them to simmer for a while until they had identified themselves and they were spent enough that they no longer blinded my reason.

After reason kicked in, I took my situation — anger, resentment and all — to prayer again and eventually came into a different space where I realized that this wasn't the first time that I had been in a situation that was not of my making and one that I resented. During the 80-plus years that I have been on this planet, I have stood on this ground many times. This chaotic circus act was not my first one, and I realized that I had survived every one of the others. I now stood at a crossroads similar to ones I had stood at so many times before, and was faced with the same kinds of choices that I had faced each time previously.

The first few lines of the second-to-last stanza of my poem describe the results of that prayer time as well as the limitations of my words:

So, I come again to the God
Who is my Guide, my Love,
with hands filled with what I feel,
and ask not that He take it from me,
but that He help me to move beyond it
and that He guide me back into His own Light.
I know that He will take my feelings
Into one of His big hands,
and with the other He will reach to heal my heart.

As I continued to move in and out of prayerful handing off of the baggage of overloaded heart hurt, I came to the point of realizing that it wasn't only entering into quarantine that had set me off. Quarantine was only the tipping point, the latest straw, the latest stumbling block in my navigating the chaotic times in which we all have lived for, at that time, approximately three-quarters of 2020.

There were many more sources of pain that I needed to hand off: the pain of the deep division in my country, the rising COVID-19 death toll, the economic crisis in my country, the millions of people facing eviction and hunger. The list could go on and on, but my recital will stop here. Each time I have come to prayer and have unpacked still another item on that list, I have come to the same place I described in my poem's lines above. And each time I have had the same result.

I know that this is not the last time that I will stand at a similar fork in my life's path and be faced with the same kind of choices. Neither will it be the last time that my feelings threaten to drag me into their depths like an unseen undercurrent in a lake draws an unwary swimmer into its depths. But I know, too, that the One who walks with me along that path and swims with me in that lake will always reach out to touch my heart with His healing hand and will always lead me to a place of peace. I only need to ask, to wait, to watch, to trust Him and to follow His lead when His answer comes.

The last four lines of my poem are ones to which I have been led and to which I know that I always will be led: 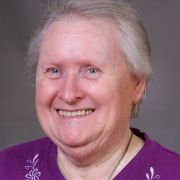 Clare Boehmer is a member of the Adorers of the Blood of Christ. She is now retired after 60 years of active ministry, which included teaching English and computer science, serving as a librarian, and developing a computer center for teenage girls living in an emergency shelter.

Coronavirus | A pilgrimage through quarantine