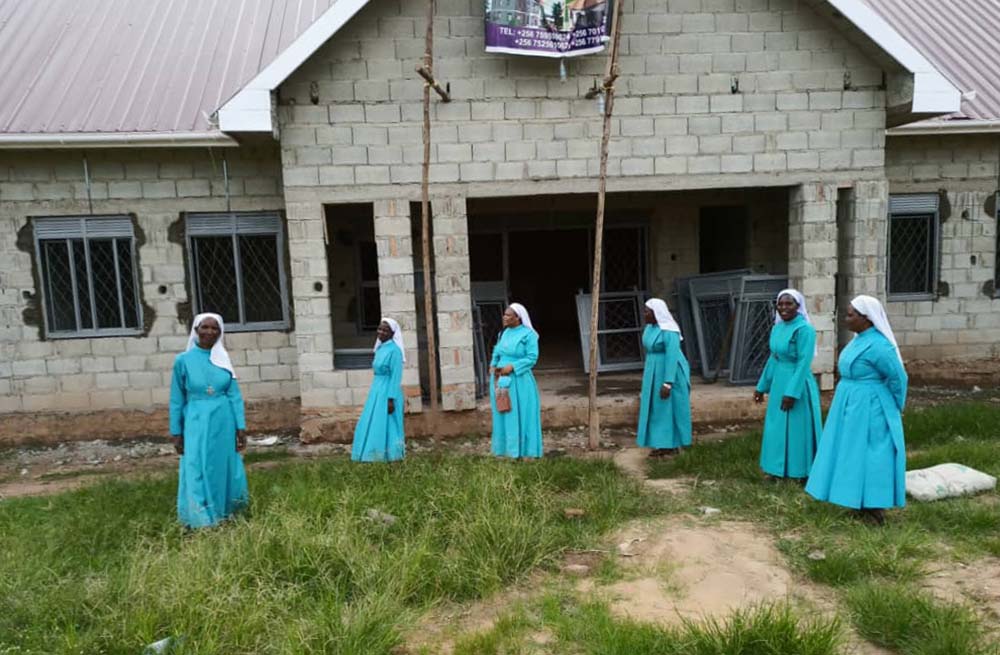 Kisubi in Uganda and Glebe Point in Australia have something in common, but it's not what you might first think. It all began at the International Union of Superiors General (UISG) meeting in 2019. It was there that Sr. John Evangelist Mugisha from Uganda, congregational leader of the Good Samaritan Sisters (founded in 1978, with headquarters in Kisubi), sought out Sr. Patty Fawkner from Australia, congregational leader of the Sisters of the Good Samaritan (founded in 1857, with headquarters in Glebe). 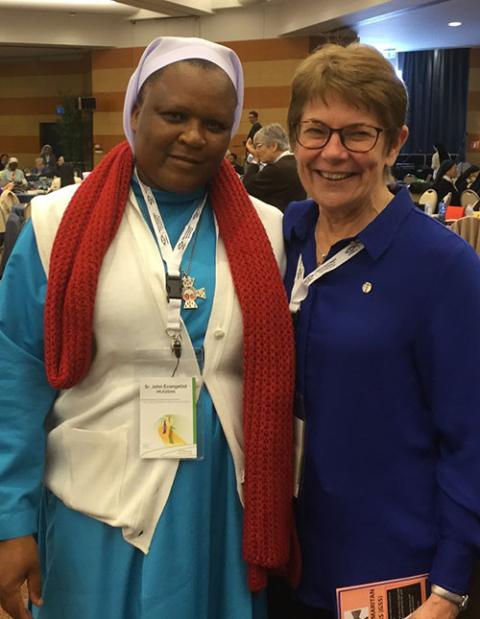 Founded three-quarters of a century apart, on opposite sides of the world, these two congregations have an amazing amount in common. Both were founded by bishops who saw the local needs and wanted to do something about it. John Bede Polding, archbishop of the early colony of Australia, saw the needs of the marginalized: women and children, convicts and Indigenous peoples. He heard their cry and acted.

Emmanuel Kiwanuka Nsubuga, cardinal archbishop of Kampala, Uganda, heard the cry of people with disabilities, the forgotten and hidden ones, and he acted. Both men founded congregations of women to meet the needs of their time. Both chose the good Samaritan to be the model.

Polding put it very well: "The name sufficiently indicates the scope, since the Religious are called to imitate the charity of the kind Samaritan who was moved to pity ... in like manner the Religious will use all gentleness and compassion for [those] whom they are to tend" (from the Constitutions of the Sisters of the Good Samaritan).

As a result of the meeting between Sister John Evangelist and Sister Patty, I was given an amazing opportunity to visit the Good Samaritan Sisters in Uganda. What an awe-inspiring visit it was. Coming from our aging congregation in Australia, I was greeted with such energy and enthusiasm by a young and vital group of women who, while speaking a different cultural language, spoke the same language of care and compassion for all those in need.

During my short time in Uganda, I was treated to a wealth of experiences. At the motherhouse, I visited the quarters for people with disabilities (men, women and some children are cared for), along with retired priests who can no longer care for themselves. This was the founding work of the congregation. 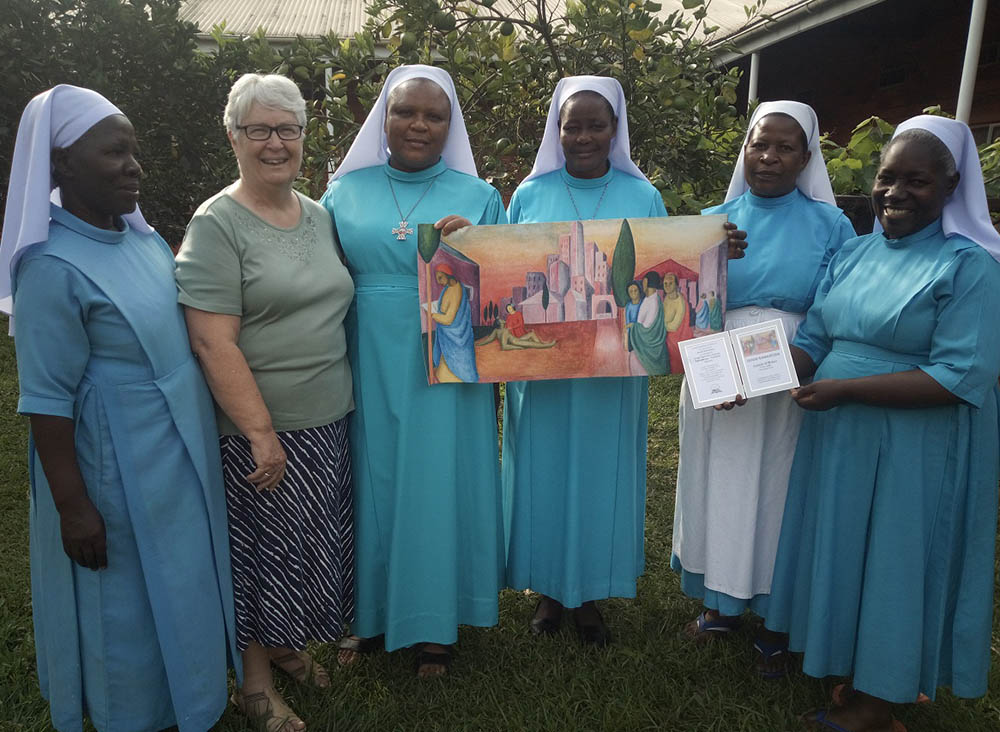 Like us, however, needs challenged them to spread to a variety of associated ministries. The sisters are now involved in teaching, nursing and midwifery, social work, and care of orphans (many as a result of AIDS). They are counselors, secretaries, catechists, administrators and agriculturalists. No longer limited to their founding diocese, the sisters have spread across several dioceses in response to the needs of the poor.

At a final profession ceremony that I attended, Archbishop Cyprian Kizito Lwanga (who died in April 2021) surprised me by calling me up and introducing me to the congregation, and then honored me with the Ugandan name of Nansubuga. This placed me in the same clan as the founder of this congregation. I felt very privileged and most humbled at the same time.

Such a gesture helped me to realize that our congregations were one in so many ways. This was highlighted yet again when I was able to meet the "pioneers." These were the sisters who began the congregation with Nsubuga. Six of them are still living. There was something unique and special about them — a direct link to their founding charism of being Good Samaritan. It was as if I could actually touch not just their charism, but ours as well.

Before I left for Uganda, Sister Patty had asked me to explore how the two congregations could support each other. I put this to Sister John Evangelist and, consequently, she introduced me to her council to discuss ways we might be able to do this.

After listening to Sister John and her council, it was obvious to me that they had a dream to build a dispensary, what we in Australia would probably call a health clinic. This dispensary would service the needs of their orphanage, schools and the local community in the Ttomi region. Due to the generosity and foresight of their founder, the sisters are land rich but cash poor.

I took this need to our council back in Australia, and after discernment it was decided that we, the Good Samaritans in Australia, would give US$10,000 per annum over three years to help our Ugandan sisters realize their dream.

Then COVID-19 hit! But a virus was not going to stop these extraordinary women from achieving their dream. Plans were drawn up to construct a dispensary with reception area, doctor's consulting room, a room to store medication, a laboratory, separate rooms for children, women and men, two self-contained rooms for seriously ill people, and a counseling and labor room for pregnant women. Building began in April this year. 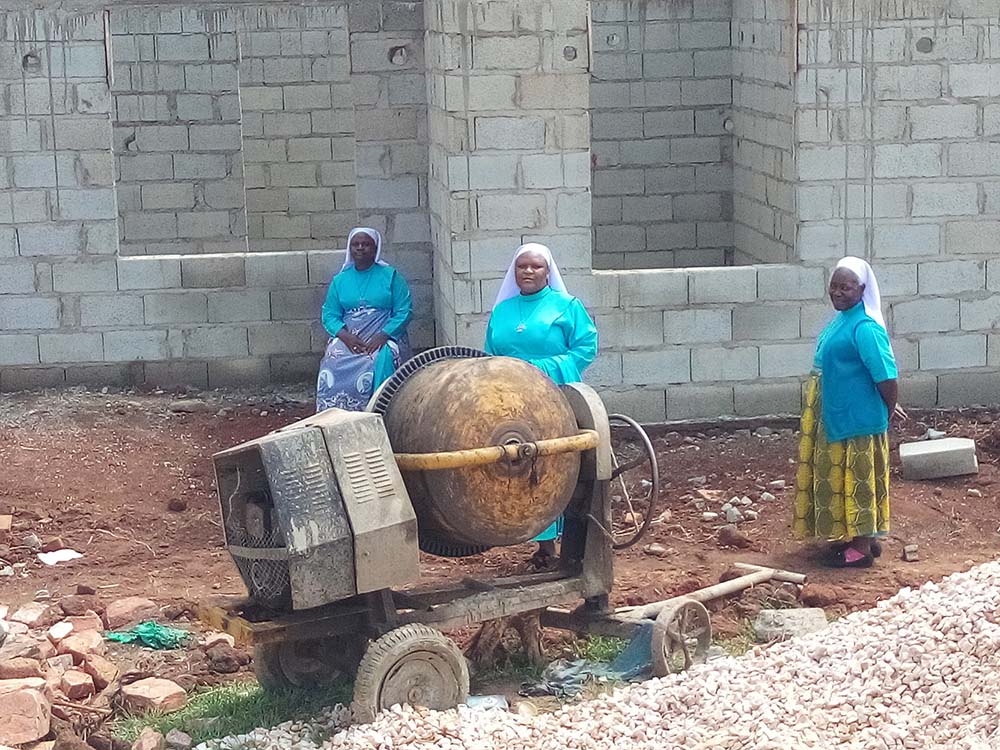 "This is to appreciate from the bottom of my heart the assistance totalling to 8,973,092 Uganda shillings for the dispensary," she wrote.

Caring for the community during the COVID-19 pandemic has been an added expense. The Ugandan sisters operate a small farm and, unfortunately, have had to sell some of the animals to help with the cost of building the dispensary.

"Construction is moving fast. People within the locality are eager to be treated. Our sisters and people with disabilities who we take care of are also happy," Sister John wrote.

"Long live Good Samaritan Sisters, Australia! God's plans are not our plans. Who knew this would happen?

"Greet everyone for us, we are together in spirit. United in prayers."

And, indeed, we are sisters together.