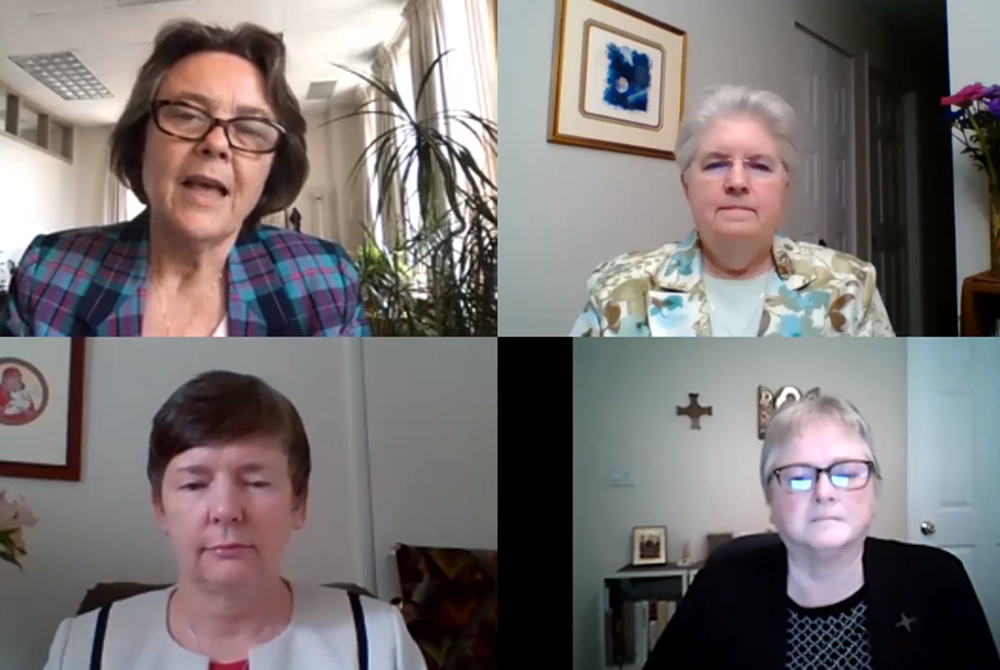 Weaving in and out of the annual assembly's last sessions, the song "Somos el Barco" ("We Are the Boat") served as a delicate nod to Sr. Jayne Helmlinger's presidential address, delivered the day before to the Leadership Conference of Women Religious.

Helmlinger, a Sister of St. Joseph of Orange, chose sea vessels as a metaphor for the individual needs of sisters as they embark on the uncharted waters of modern religious life.

But on the assembly's third and final day, women religious gathered virtually to map out their common journey as congregational leaders, with LCWR officers sharing three initiatives that will serve as the conference's North Star.

The leadership team called this a "crucible moment," as the country and world are grappling with the convergence of a global pandemic, systemic racism, climate change and an unknown future for religious congregations.

"How are we, as women religious, to respond to the pandemic when we ourselves are the most vulnerable to it and our own sisters are falling ill and dying?" the officers asked the almost 800 sister leaders participating in the discernment. 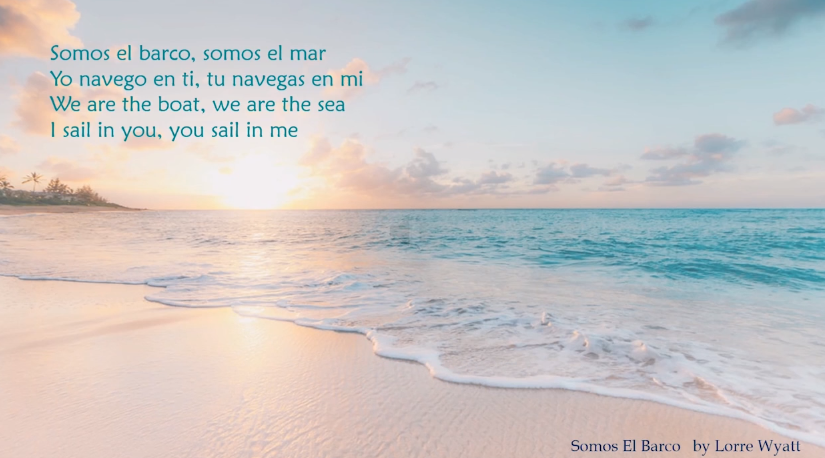 The song "Somos el Barco" ("We Are the Boat"), was a reference to the guiding metaphor of this year’s assembly. This screenshot from the Aug. 14 session of LCWR's annual assembly shows a graphic that references the song. (GSR photo)

Throughout the Aug. 12-14 assembly, sisters consistently offered reflections on their white privilege and a revitalized willingness to confront their painful racist histories as congregations. Not one discussion or session went by without several sisters raising the issue of racial injustice.

This initiative invites LCWR members to join the conference's efforts to "name and eradicate racism within themselves, their congregations, their ministries, and LCWR as an organization" — a commitment they are already developing, with details to come.

In the session, the presidents and executive director also announced the creation of a fund to support efforts geared toward the sustainability of religious life and the lives of young sisters — the second initiative. The LCWR national board approved seeding the fund with $1 million, some of the proceeds from the sale of its Silver Spring, Maryland, headquarters in 2018.

Finally, the leadership team considered the future of religious life with new data illustrating the makeup of religious life. Jesuit Rev. Thomas Gaunt, the executive director of the Center for Applied Research in the Apostolate, presented the sisters with data collected through CARA's recent surveys. (The numbers are not public.)

The numbers indicate "a clear call to our generation of leaders," the officers said, to reshape the current framework of women religious, beginning the exploration for the next 12 months.

Related: Sr. Elise García is a bridge for sisters, younger and older, as she assumes LCWR presidency

With roughly 200 women entering religious life in the U.S. every year, the officers highlighted the imperative for congregations to work across congregations and create new structures that can withstand the drop in numbers they'll be experiencing in the very near future.

In addition to establishing those initiatives, LCWR revisited its 2019-2022 resolution by having a panel of young women speak to the three social justice issues the conference has committed to prioritize: racism, migration and climate change.

Heather Malveaux, an activist and law student at Loyola University New Orleans, spoke of the social and health disparities that Black women like herself face, and the principles of "white supremacy and white domination" that have persisted in the U.S. since its founding.

A recipient of the Deferred Action for Childhood Arrivals and currently a government relations associate for Network Lobby, Giovana Oaxaca recalled growing up listening to the radio as workplace raids were announced. "Immigration enforcement was that permanent fixture in my life," she said, and it's only escalated under President Donald Trump's administration. With a focus on immigration, Oaxaca spoke to the intersection of the pandemic and its effects on social issues.

Miko Vergun, a 19-year-old climate activist and federal plaintiff in the Juliana v. United States case, a lawsuit asserting that the U.S. government is infringing on the rights of young people to life and liberty through its permissive stance on fossil fuels, encouraged sisters to join young people in addressing climate change without fear that they're elbowing out the voices of the future. 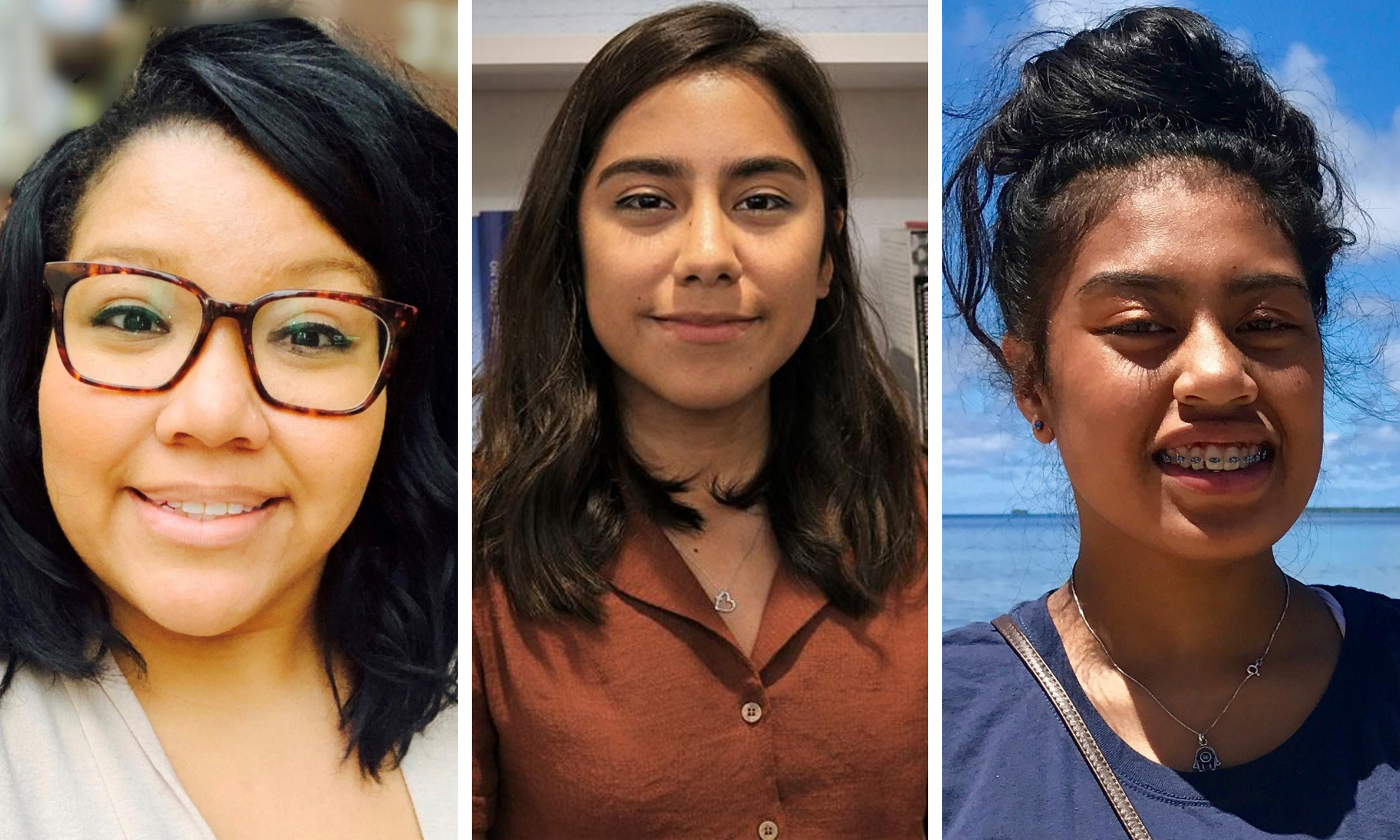 Amid sessions focused on social justice and the state of religious life, a central purpose of this assembly was to help sisters find meaning amid the uncertainty and grief that they're navigating as congregational leaders during a pandemic and call to face racial injustice. Speaking to that hunger, eight sisters offered reflections on what's inspired them throughout today's challenges, and how they ground themselves in the present when living in a more peaceful past or promising future feels tempting.

In closing the virtual assembly, LCWR leadership blessed Sr. Jane Herb, president of the Sisters, Servants of the Immaculate Heart of Mary in Monroe, Michigan, as the conference's president-elect, and thanked Wagner for her completed term. (Helmlinger is now past-president, and García is president.) 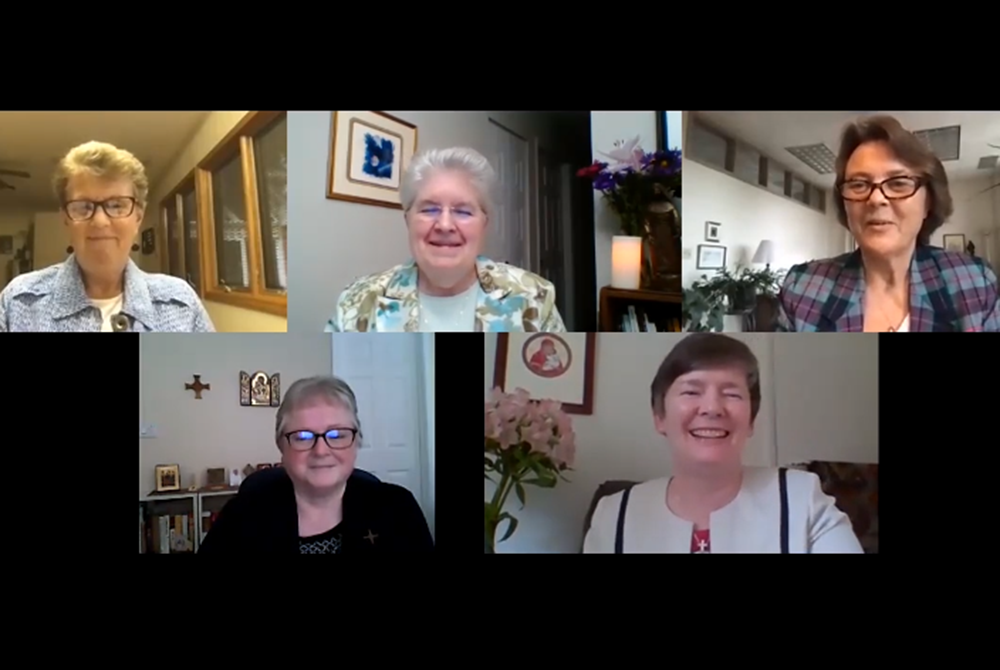 In the transfer of leadership in this screenshot, Zinn (top center) welcomes Immaculate Heart of Mary Sr. Jane Herb as president-elect (top left) as she thanks Wagner (bottom right) for her three years of service in the presidency. (GSR photo)

On behalf of the leadership, Zinn expressed gratitude to Wagner for her "thoughtful approach to everything," her contemplative presence, and "remarkable global perspective" that has enriched the conference for three years.

Rather than attempting online nominations and ballots for the presidency, the conference held a vote earlier in the summer, electing Herb as the president-elect June 29.

And though the 2020 leadership award recipients have already been announced, all four will be honored at next year's assembly in Orlando, Florida. The conference selected Sr. Patricia Chappell, a Notre Dame de Namur sister for its Outstanding Leadership Award, and has added a the Lifetime Achievement Award to the record, honoring three sisters: St. Joseph Sr. Helen Prejean, Immaculate Heart of Mary Sr. Amata Miller, and Sr. Joyce Meyer of the Sisters of the Presentation of the Blessed Virgin Mary, who is also GSR's international liaison. 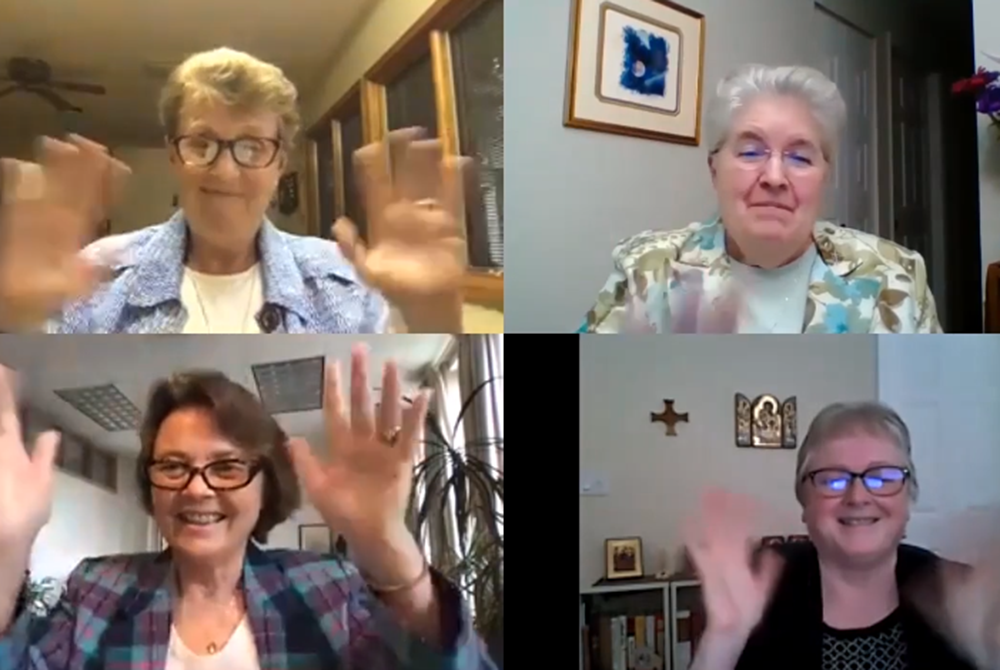 Instead of the usual awards banquet that would bring the assembly to a celebratory close, the lyrics of "Somos el Barco" signaled the wrap of the first virtual assembly, sending off the sisters with a reminder of what they'll be facing as leaders in religious life:

"So with our hopes we set the sails and face the winds once more; and with our hearts we chart the waters never sailed before."