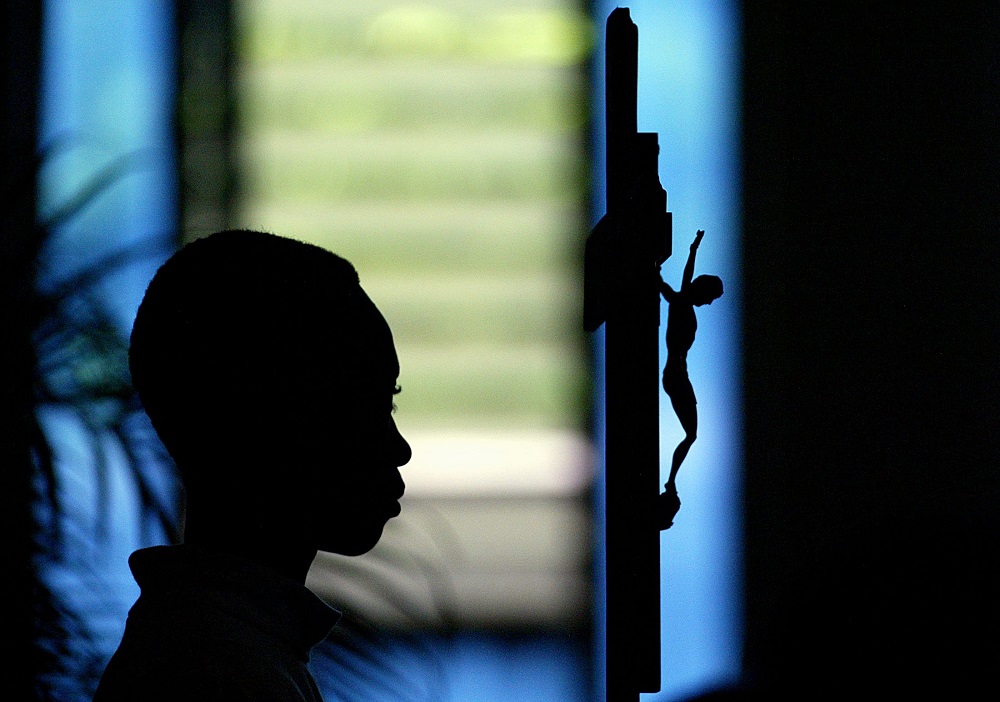 An altar server is pictured in a file photo holding a crucifix during Mass at a church in Port-au-Prince, Haiti. After praying the Angelus on June 26, 2022, Pope Francis praised the life and work of Sr. Luisa Dell'Orto, an Italian missionary who was killed June 25 in Haiti, and hailed her as a martyr. (CNS/Reuters/Eduardo Munoz)

Editor's note: Global Sisters Report's Monday Starter is a biweekly feature from GSR staff writers that rounds up news from or about women religious that you may otherwise have missed.

Three women religious were among the 18 Catholic missionaries killed in 2022: two in African countries and one in Haiti.

In a Dec. 30 column and reported on by Catholic News Service, Gianni Valente, the editor of Agenzia Fides, the news agency of the Pontifical Mission Societies, said the missionaries were not carrying out high-risk work.

Instead, they were simply "immersed and submerged in the ordinariness of their lives and their apostolic work" — daily service carried out "for the good of all, including — sometimes — their own executioners," Valente wrote.

The sisters who died were:

Since the 1980s, Fides has published a list of missionaries killed around the world.

In a similar accounting, Aid to the Church in Need, a Germany-based organization focusing on the pastoral and spiritual support of persecuted and suffering Christians, said in a year-end report issued Dec. 27 that Nigeria was one of the most dangerous countries for religious to work and China and Nicaragua have both been sites of harassment.

Four priests were killed in Nigeria in 2022, the report said, and drug cartels killed three priests in Mexico. Two priests were shot in the eastern part of the Democratic Republic of Congo.

Nigeria was also where the vast majority of religious sisters were kidnapped in 2022, with seven abducted. One sister was kidnapped in Burkina Faso, the report said, while another was abducted in Cameroon. All have since been released.

The report said, however, that 36 of the 42 priests kidnapped in different countries in 2022 have been released. Three of those kidnapped in Nigeria were murdered, and the others remain unaccounted for.

Two schools run by Catholic dioceses in western Kenya, including one directed by a Catholic sister, have produced top candidates in the recent Kenya Certificate of Primary Education national examinations.

Fwaro Makokha Robinson of the Christ the King Primary School and Otieno Lewis Omondi Glen of the St. Peter's Mumias Boys Primary School tied for the first position countrywide, scoring 431 marks out of the attainable 500.

St. Peter's Mumias Boys Primary School under the Diocese of Kakamega and Christ the King Primary School in the Bungoma Diocese are known for performing well in the national examinations.

Sr. Anne Onyancha, a member of the Sisters of Mary of Kakamega and head teacher at St. Peter's Mumias Boys Primary School, attributed her top candidate's success to the school's devotion to prayers and hard work.

"I am so excited and proud of Glen," she said, calling him "disciplined and hardworking. He deserves the top spot."

Onyancha also commended her teachers' hard work and the diocese for supporting the school.

"The teachers, including myself, worked overtime, sometimes revising for exams together with the candidates during the weekends and late prep periods," she said in an interview. "Our diocese has always been a pillar of discipline to our boys, devotion to God, and hard work, [which] is why we had 51 boys score above 400 marks."

Related: Q & A with Sr. Anne Onyancha, educating with excellence in Kenya

Stephen Chemegene, headmaster of Christ the King Primary School, said he was grateful for the church's support. The school saw 37 of its 137 candidates score over 400 marks.

"We did not expect to produce the top candidate," he said in an interview. "We are a humble school born from the church. The spiritual nourishment from the clergy greatly impacted the performance of this year's class, which is among our best classes ever."

"His score was greatly motivated by the fact that the teachers, pupils, and the church function as one unit for the betterment of the school's goals," Chemegene said.

The national exams are widely regarded as a measure of academic excellence, and the top-performing schools are highly sought after by parents and students. Both schools are expected to see an increase in enrollment as a result of their strong performance.

In a Dec. 22 announcement, AHLMA said the grant funds will be used to launch a two-year Certificate in Intercultural Ministry program "focused on giving Latina sisters the knowledge and skills to minister in the United States."

The grant will initially enable 10 Latin American sisters serving in the United States to earn the certificate, the announcement said. Both the college and AHLMA are based in San Antonio, Texas.

Since "AHLMA's mission is to be a network to support, accompany and empower Latina sisters in their ministry and service for consecrated life, for the Church and society in the United States," AHLMA is "partnering with MACC to empower Latina sisters who may not have the means or background to pursue full academic studies," the announcement said.

The support from the Hilton Foundation and the college's scholarships means that the program's tuition will be free for participating sisters.

"AHLMA and MACC recognize that many sisters coming from Latin America may not have the academic qualifications to enter institutions of higher education, but that can excel in certificate programs, especially when they start them in Spanish and eventually become more familiar with the US culture and the English language," the announcement said, adding the grant money will help "Latina sisters to have an open door into more qualified ministerial assignments as well as a bridge to further academic studies that may lead them to obtaining a BA or an MA."

In a statement, Fr. Juan Molina, president of the Mexican American Catholic College, said: "We are glad the Conrad N. Hilton recognizes the need Latina sisters have and can entrust us with empowering them to be better equipped to serve the multicultural Church in the United States. Having the history of Hispanic and multicultural ministry formation as our legacy, MACC is glad to continue serving in such important work."

In a joint statement, Sr. Teresa Maya, a member of Sisters of Charity of Incarnate Word and AHLMA board chair, and Mercy Sr. Ivette Diaz, an AHLMA board member, said: "We celebrate the partnership between the Conrad Hilton Foundation, MACC and AHLMA. The grant provides Latina/Hispanic sisters serving in the United States with the opportunity to develop their academics and pastoral competencies to serve in our increasingly intercultural and diverse Church more effectively. This wonderful gift seeds a new evangelization. AHLMA is deeply grateful, a sign of hope during this season."

International hotelier Conrad N. Hilton established the foundation that bears his name in 1944. The foundation is the primary funder of Global Sisters Report. 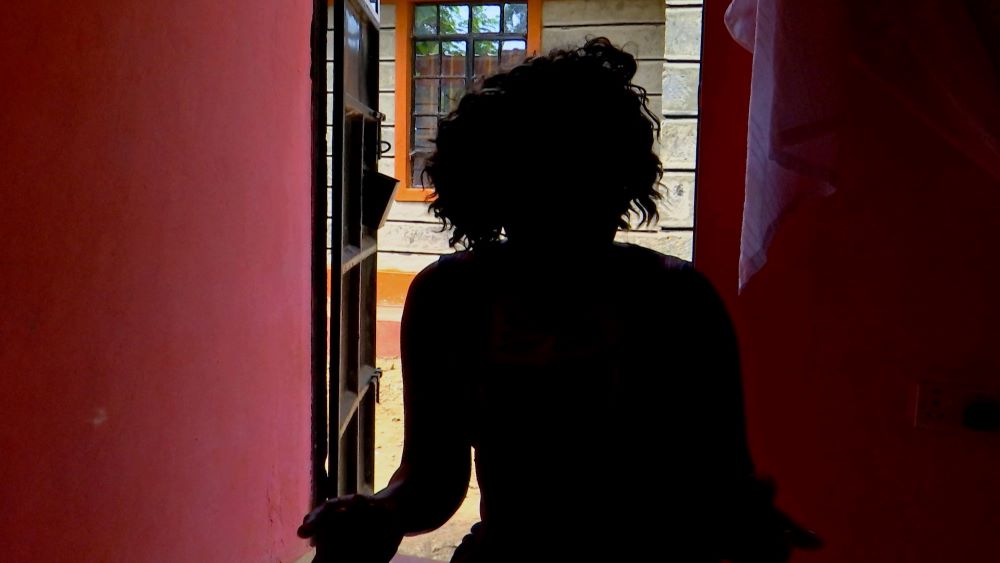 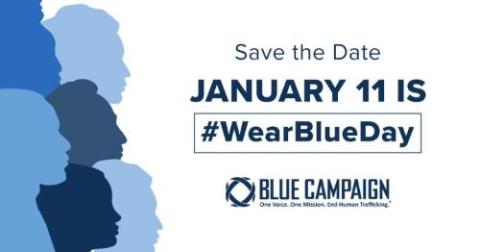 To participate in Wear Blue Day, simply wear a blue article of clothing and post a photo on social media using the hashtag #WearBlueDay.