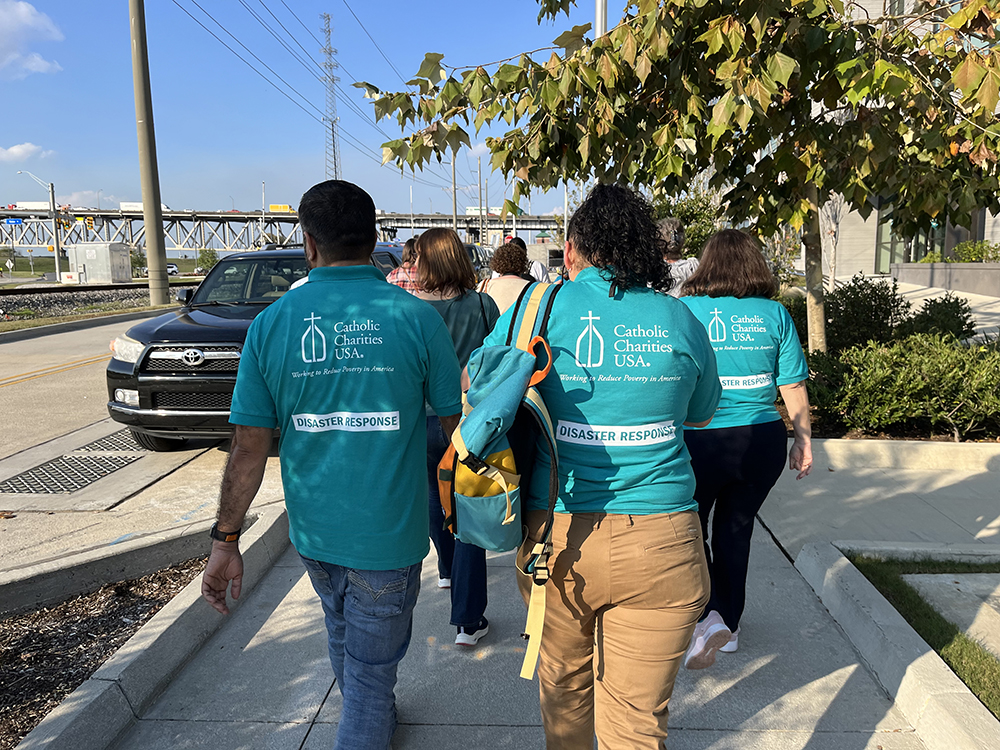 The Louisiana capital of Baton Rouge recently hosted Catholic Charities USA's Applied Institute for Disaster Excellence, or AIDE, in what was the network's first in-person disaster preparedness and response training since the start of the COVID-19 pandemic in March 2020.

More than 250 people from 59 U.S. Catholic charitable agencies participated in the Dec. 5-9 training, as did 22 other related social organizations. The event focused on training relief teams in disaster preparedness, response, recovery and mitigation programming.

Ten sisters involved in social and disaster ministries were among those attending. Speakers included Bishop Michael Duca of Baton Rouge; John Bel Edwards, the governor of Louisiana; Sharon Weston Broome, the mayor of Baton Rouge; and Marcus Coleman, the director of the Center for Faith-Based and Neighborhood Partnerships of the Department of Homeland Security.

The training was held in Louisiana for a reason: The state was strongly affected by Hurricane Katrina and since 2017 has suffered at least 12 natural disasters, including hurricanes, floods, tornadoes and storms, in addition to the pandemic. 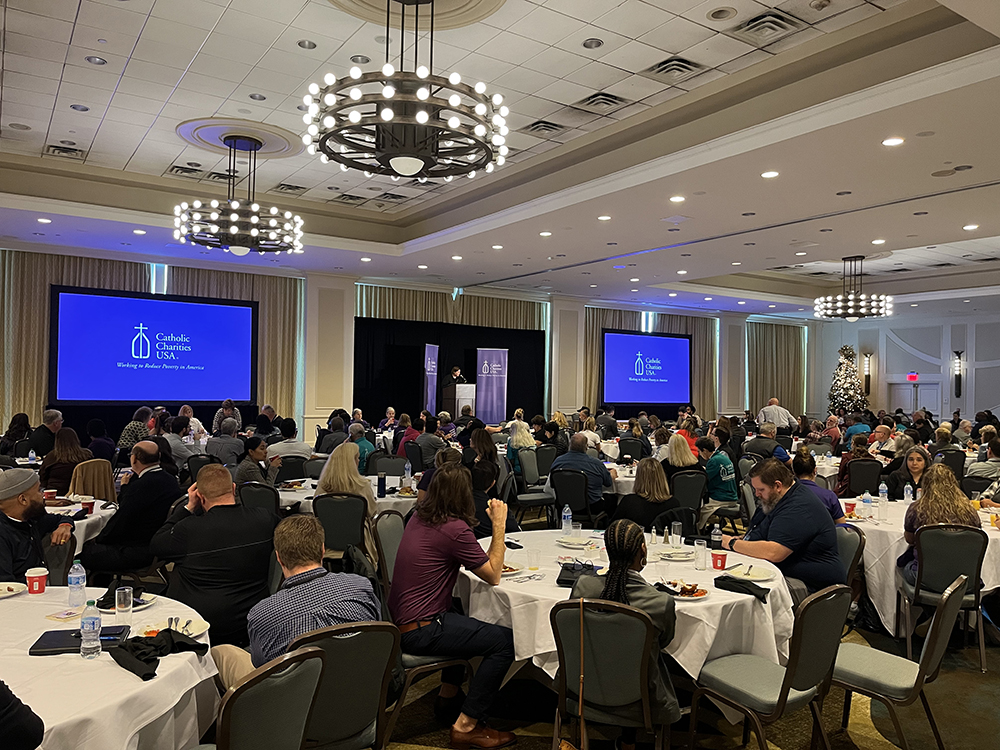 The five-day conference opened with a video message from Sr. Donna Markham, an Adrian Dominican Sister* and the CEO of Catholic Charities USA, who thanked the participants for their dedication, work and attendance.

Sr. Marta Tobon, a Guadalupan Missionary of the Holy Spirit who works in Eutaw, Alabama, told Global Sisters Report that the meeting "helps us draw up prevention plans and get to know members of other disaster rapid-response teams" both within and outside of the Catholic Church.

Related: Q & A with Sr. Gabriela Ramírez, walking with the Mayan community in Alabama 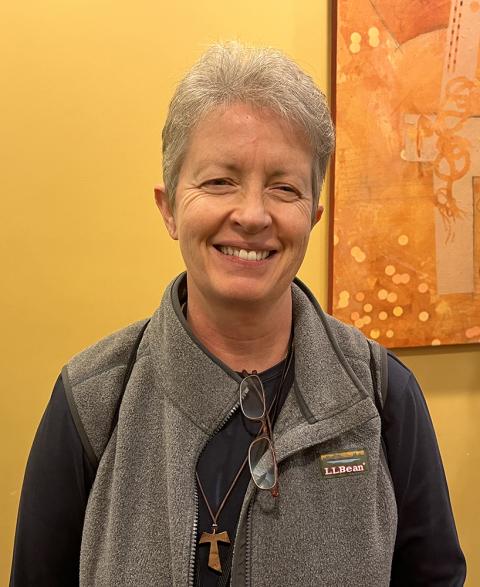 Sr. Gabriela Ramírez, also a Guadalupan Missionary of the Holy Spirit and director of Emergency and Disaster Relief Service in the Diocese of Birmingham, Alabama, said, "In the victims of disasters, I find Jesus Christ, who also suffers. That is why we attend these great and painful crises. At the same time, we show the face of God to the victims through our work."

For Sr. Kathy Flood, a Sister of St. Francis of Philadelphia, "ministering to the poor and humanizing society is part of the mission of the church." She said the training will help her develop the skills to accept a disaster-relief case manager position at Catholic Charities in the Diocese of Wilmington, Delaware.

"The church asks us to work for the poor and involve them in the development processes with the aim of helping them move forward on their own," said Sr. María Mendez, a member of the Guadalupan Missionaries of the Holy Spirit. "After a disaster, we offer the necessary support through subsidiarity."

In 2021, Catholic Charities USA provided $116 million to respond to natural disasters. This aid reached victims through its 75 partner agencies. According to data presented by Deacon Kevin Sartorius, CEO of Catholic Charities of Eastern Oklahoma, about 800 out of the approximately 65,000 Catholic Charities employees work under the disaster relief department. 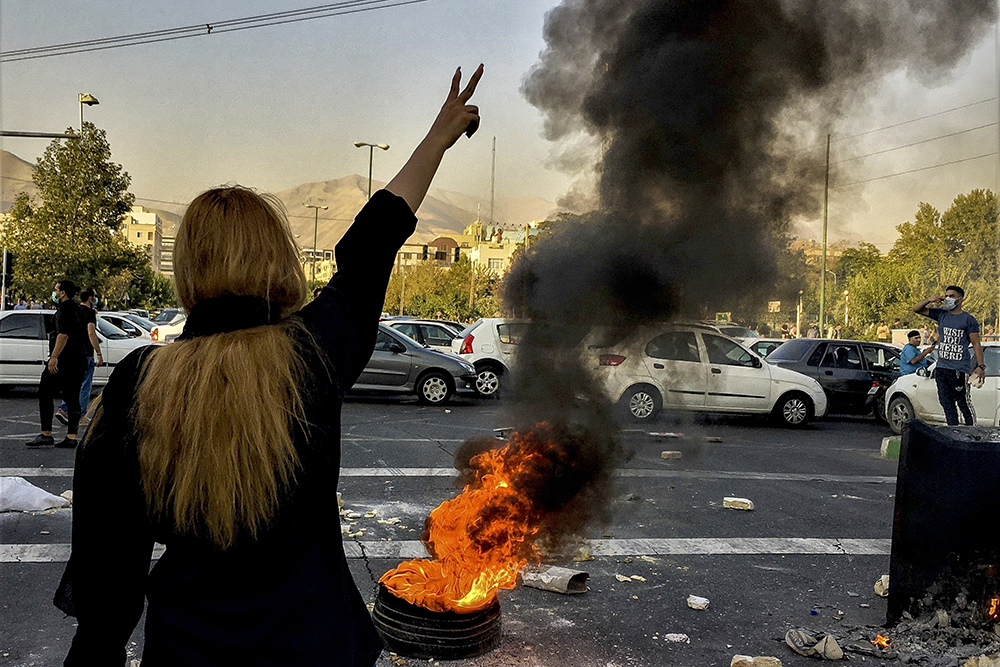 Iranians protest Oct. 1 in Tehran after the September death of 22-year-old Mahsa Amini after she was detained by Iranian "morality police." (AP/Middle East Images)

Iran has lost its seat on a United Nations body that promotes women's issues.

The decision to remove Iran from the Commission on the Status of Women was based on the country's crackdown on monthslong protests against the death of a woman in police custody.

The U.N. Economic and Social Council, known as ECOSOC, adopted the resolution, which the United States drafted, on Dec. 14, Reuters reported.

Twenty-nine countries voted in favor of the resolution while eight opposed it, including China and Russia. Sixteen countries abstained.

The commission meetings, held annually in March, as well as related meetings by nongovernmental organizations have long drawn Catholic sisters.

The Islamic Republic of Iran, ruled by Muslim clerics, has faced large-scale protests since September over the death of a 22-year-old Kurdish Iranian woman, Mahsa Amini, who was arrested for not wearing an appropriate head covering. She died in custody of Iran's so-called "morality police" who enforce strict dress codes, Reuters reported.

The Reuters report quoted U.S.-based Iranian journalist and women's rights activist Masih Alinejad, who tweeted Dec. 14: "This is a victory for Iranian revolutionaries who have been facing guns & bullets as they fight this gender apartheid state."

Linda Thomas-Greenfield, the U.S. ambassador to the United Nations, called the vote to remove Iran from the commission "hugely important."

The women of Iran, she told Reuters, "got a strong message from the United Nations that we will support them and we will condemn Iran and we will not let them sit on the Commission for the Status of Women and continue to attack women in their own country."

Before the vote, Amir Saeid Iravani, who represents Iran at the United Nations, called the U.S.-led move illegal and said the United States was acting as a bully, the Reuters report said.

The U.N. commission says on its website that it "is instrumental in promoting women's rights, documenting the reality of women's lives throughout the world, and shaping global standards on gender equality and the empowerment of women."

Catholic sisters from throughout the world regularly attend the two-week Commission on the Status of Women meetings either virtually or in person with a particularly strong presence at presentations from nongovernmental organizations, including Catholic congregations.

The priority theme for the 2023 commission meetings, planned for March 6-17, will be "innovation and technological change, and education in the digital age for achieving gender equality and the empowerment of all women and girls," the commission added.

*This story has been updated to correct Sr. Donna Markham's congregational affiliation.