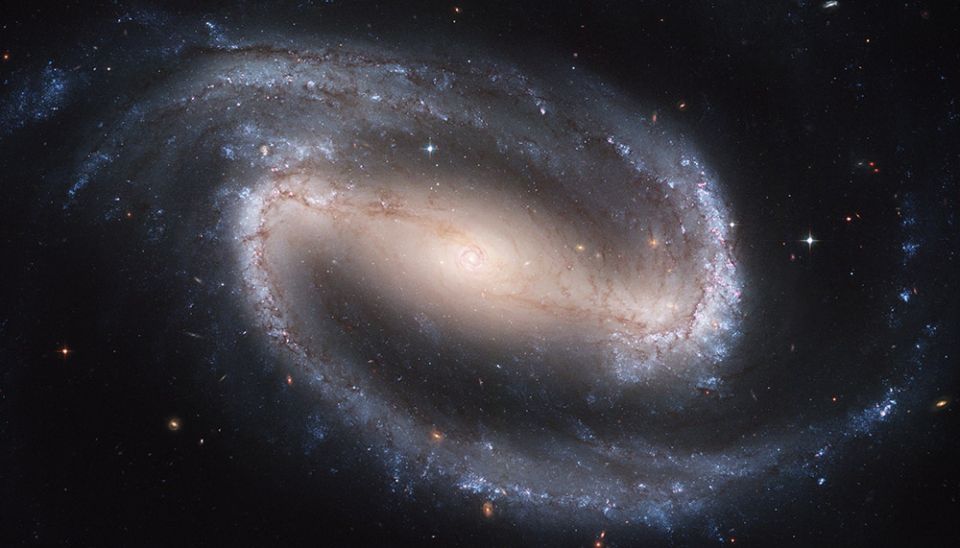 A barred spiral galaxy, seen through the Hubble Space Telescope (NASA)
Editor's note: Global Sisters Report's Monday Starter is a weekly feature from GSR staff writers that rounds up news from or about women religious that you may otherwise have missed.

Contemplating religious life and science's emerging understanding of the universe, a new book by Sr. Laurie Brink explores and reimagines religious traditions with respect to cosmology.

Brink, a Dominican Sister of Sinsinawa, Wisconsin, and professor of New Testament studies at Catholic Theological Union, wrote the new book The Heavens Are Telling the Glory of God: An Emerging Chapter for Religious Life; Science, Theology, and Mission.

The new cosmology, which builds upon the work of Jesuit Fr. Pierre Teilhard de Chardin, ponders the complexity of creation. "But how are we to understand concepts like 'original sin' and 'redemption' if creation isn't complete and humanity is still in process?" a press release noted, hinting at the questions and answers in Brink's book. "How does one 'retrofit' religious tradition and Scripture into this scenario? Is there room for the historical Jesus in the New Cosmology?" 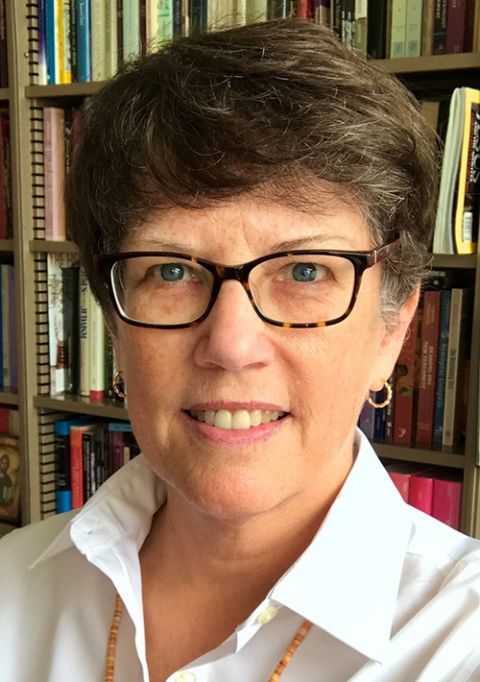 Sr. Laurie Brink of the Dominican Sisters of Sinsinawa, Wisconsin (Courtesy of the Sinsinawa Dominicans)

Though these questions should be of interest for all Christians, the press release said, they have "unique implications" for Catholic women religious. "How is a Catholic Sister to understand her vows of poverty, chastity, and obedience in light of a cosmology in which the need for redemption and the role of Jesus are significantly redefined?"

The Heavens Are Telling the Glory of God includes reflections on various perspectives that have engaged with science, tradition, and theology to serve as potential generational bridges that foster spirituality.

"Religious life has been in flux since the close of the Second Vatican Council," Franciscan Sr. Ilia Delio said in a press release about Brink's book. Delio, a columnist for Global Sisters Report, also serves as Josephine C. Connelly Endowed Chair in Christian Theology at Villanova University.

"What was once a static and fixed life has become an open system of emerging communities and ministries. Laurie Brink's new book brings the heart of religious life into deep dialogue with the sciences in a scholarly and thoughtful way. By weaving together new life in God with new life in the universe, we can begin to appreciate the value of the Gospels with new depth and breadth."

Delio added that this book is important because "religious communities diminish in size yet expand with new possibilities of communal and intercommunal life"; therefore, framing religious life with a scientific worldview expands its creative potential.

"The Spirit who calls us into new life in God is breathing through a dynamic and vibrant universe," Delio said. "Indeed, God is doing new things throughout the entire cosmos."

AHLMA to host sixth gathering this summer in San Antonio

The Association of Latin American Missionary Sisters in the United States (AHLMA) will host its VI Encuentro June 30-July 3 at the University of the Incarnate Word in San Antonio.

The gathering, which has the theme "Called to Communion: Creating Spaces for Diversity, Equity and Inclusion," will provide an opportunity for reflection, personal enrichment and sharing of experiences.

"We are excited to be hosting this national gathering of religious sisters who are in mission in the United States," Sr. Elizabeth Ann Guerrero, a Missionary Catechist of Divine Providence and executive director of AHLMA, said in a press release. "This event not only offers religious sisters the opportunity for personal enrichment, but it will also raise awareness of their work and dedication to the poor and most vulnerable."

AHLMA, which had its first gathering in 2008, was founded with the vision to serve as a bridge between cultures for Latin American sisters ministering in the United States. This encuentro will be the group's first time gathering in person since the start of the pandemic. 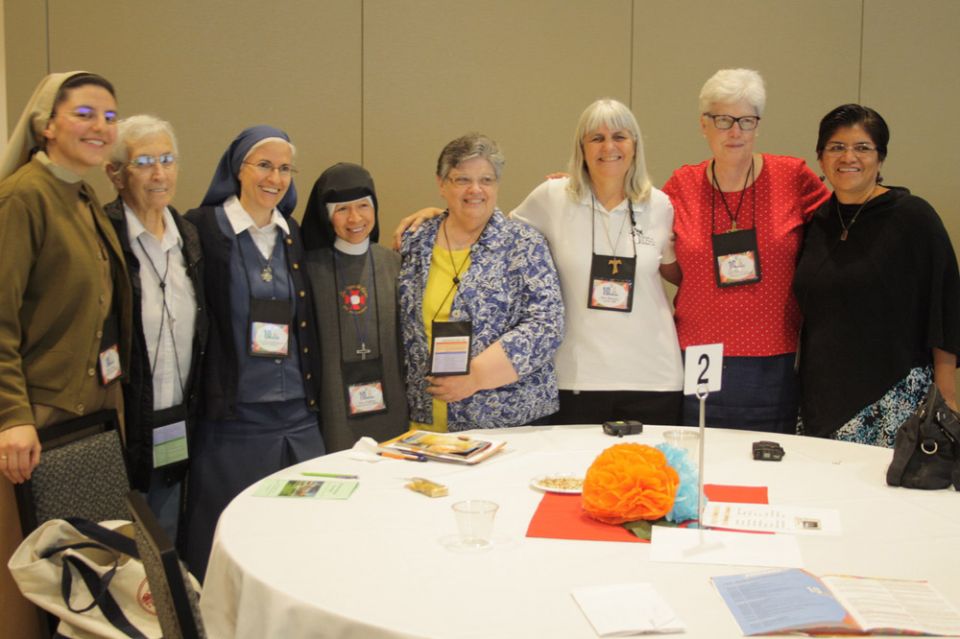 "AHLMA joins the global sisterhood that is on a transformative journey awakening to the challenges and opportunities that explore and embrace interculturality in our call to communion," Guerrero said in the press release.

Sr. Mercedes Casas Sánchez, a Daughter of the Holy Spirit of Mexico who works in the Dicastery for Consecrated Life of the Congregation for Institutes of Consecrated Life and Societies of Apostolic Life in Rome, will be one of the presenters, as well as St. Joseph Sr. Griselda Martínez Morales, former director of her congregation's Cultural Diversity Program.

Oblate Sister of Providence among '25 Black Marylanders to Watch'

In honor of Black History Month, The Baltimore Sun assembled "25 Black Marylanders to Watch," a group of individuals that the newspaper said exude "fortitude, leadership, artistry and efforts to uplift Baltimore and the state of Maryland."

At 91, Sr. Magdala Marie Gilbert is mentioned for "Best in Religion." An Oblate Sister of Providence, Gilbert has worked as a teacher, librarian and director of religious education in her 73 years as a sister. According to the Sun, Gilbert's main occupation now is promoting the cause of sainthood for Mother Mary Lange, the Cuba-born sister who established the first Catholic school for Black girls in the United States and the first successful religious order for Black Catholic sisters in the world. As of now, Lange has passed through the first stage of sainthood, with the status of servant of God. 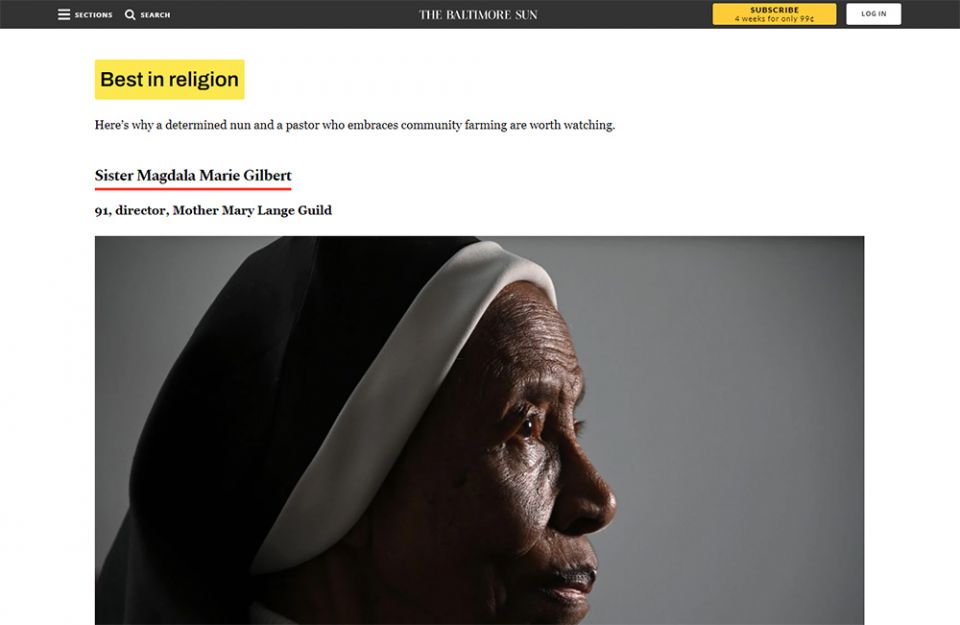 Sr. Magdala Marie Gilbert is one of The Baltimore Sun's "25 Black Marylanders to Watch." (GSR screenshot)

For 13 years, Gilbert has served as director of the Mother Mary Lange Guild; under her leadership, the guild has developed an international network of support, with donors and supporters in Poland, Uganda, India and Brazil.

Gilbert also has published seven volumes of poetry and two essay collections, with Lange largely as her subject. Gilbert told the Sun that Lange "went about her tasks trusting that God would help her do anything, and God did."

"To be in the circumstances she was, living in a slave state, to create St. Frances Academy and the first order of Black women, that's a miracle in itself," Gilbert told the Sun. "To me, she's a saint already. But that's all in God's hands."