Simon & Schuster has published a volume of reflections by young members of the Daughters of St. Paul on ways to embrace spirituality and balance religious faith with the demands of contemporary life.

Millennial Nuns: Reflections on Living a Spiritual Life in a World of Social Media is a collective memoir, the New York-based publishing firm said in announcing the launch of the 240-page book, published by Tiller Press, a Simon & Schuster imprint. 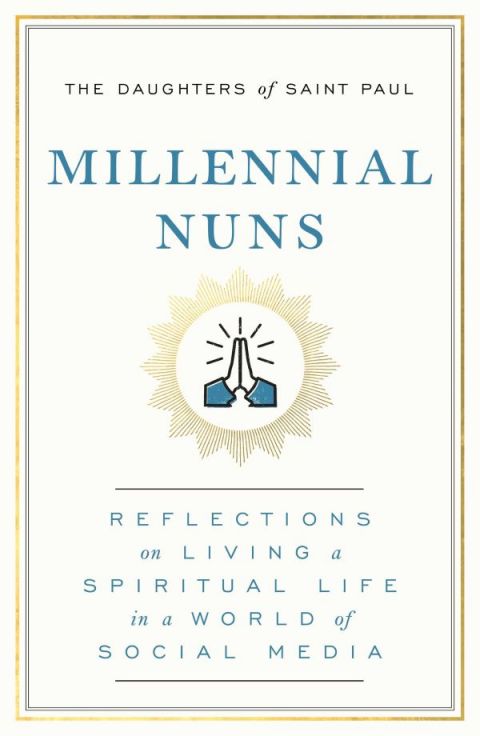 Increasingly, people, especially millennials, "are turning to religion as a source of comfort and solace in our increasingly chaotic world," the publisher said. "But rather than live a cloistered life of seclusion, the Daughters of Saint Paul actively embrace social media, using platforms like Instagram, Twitter and Facebook to evangelize."

The book brings together the reflections of eight sisters who "share their own discernment journeys, struggles and crises of faith that they've overcome, and episodes from their daily lives," the publisher said. "Through these reflections, the sisters also offer practical takeaways and tips for living a more spiritually fulfilled life, no matter your religious affiliation."

The Daughters of St. Paul are a global congregation based in Rome and Boston and are sometimes called the Media Nuns, because of their commitment "to evangelize through the most efficacious and modern means," a congregation spokesperson said. The congregation's focus includes publishing, including Pauline Books and Media. 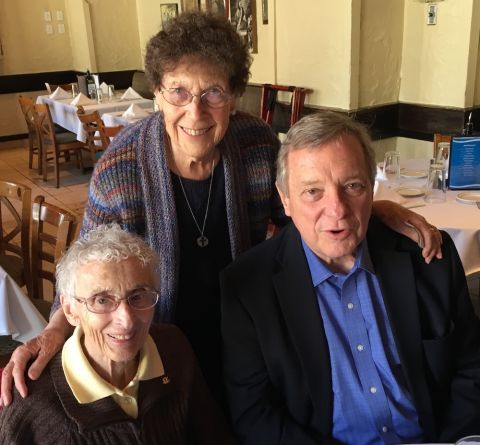 KALW, a public radio station licensed to the San Francisco Unified School District that works with the University of Southern California's Center for Religion and Civic Culture, has produced a podcast on Mercy Srs. JoAnn Persch and Pat Murphy, two prominent advocates for immigration reform.

The podcast, which originally aired in February 2020 on KALW and was featured June 27 on The Spiritual Edge, is reported by journalist Heidi Shin and focuses on the sisters' longtime commitment to ministering to detained immigrants.

"They have an uncanny way of getting people on board with them, as witnessed by their network of supporters," said an accompanying narrative by Shin, a freelance journalist based in Boston who reports on immigration issues.

The podcast on Persch and Murphy is part of a series of global journalism projects focused on engaged spirituality funded by the John Templeton Foundation and the Templeton Religion Trust.

(Editor's note: Chris Herlinger has been a journalism fellow for the Center for Religion and Civic Culture's Spiritual Exemplars Project.)

The pandemic has been harder on women than men in the global job market, according to the United Nations' labor agency.

The ILO policy brief, "Building Forward Fairer," said "over a year and a half into the COVID-19 pandemic, gender equality in the world of work has worsened." 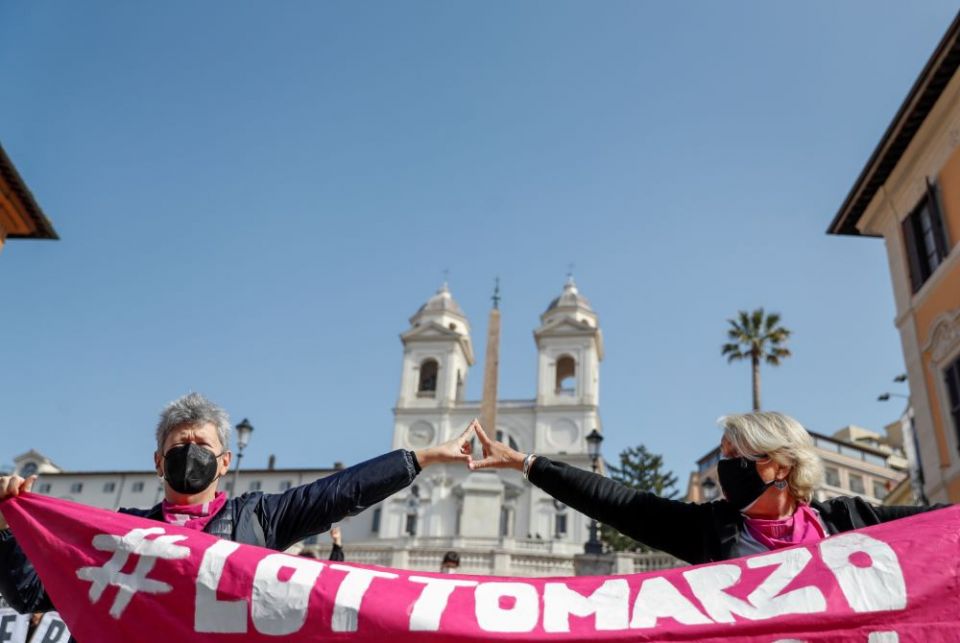 Activists protest at Rome's Spanish Steps in February, calling for an end to violence against women and more government aid for those struggling financially because of the COVID-19 pandemic. A new report from the U.N.'s labor agency says the pandemic has been harder on women than men in the global job market. (CNS/Reuters/Yara Nardi)

The loss of jobs in 2019 and 2020 means 13 million fewer women employed this year compared to 2019, but "the number of men in work will likely recover to levels seen two years ago," the news agency reports.

"Women have suffered disproportionate job and income losses, including because of their over representation in the hardest-hit sectors, and many continue to work on the front line, sustaining care systems, economies and societies, while often also doing the majority of unpaid care work," the study said.

The policy brief urged more intense efforts "for gender-responsive policies, in order to make women's right to work and their labour rights a central feature of the COVID-19 recovery." Among the proposals are equal pay for equal work, promoting women to more supervisory positions and investing in the "care economy": the health, social work and education sectors.