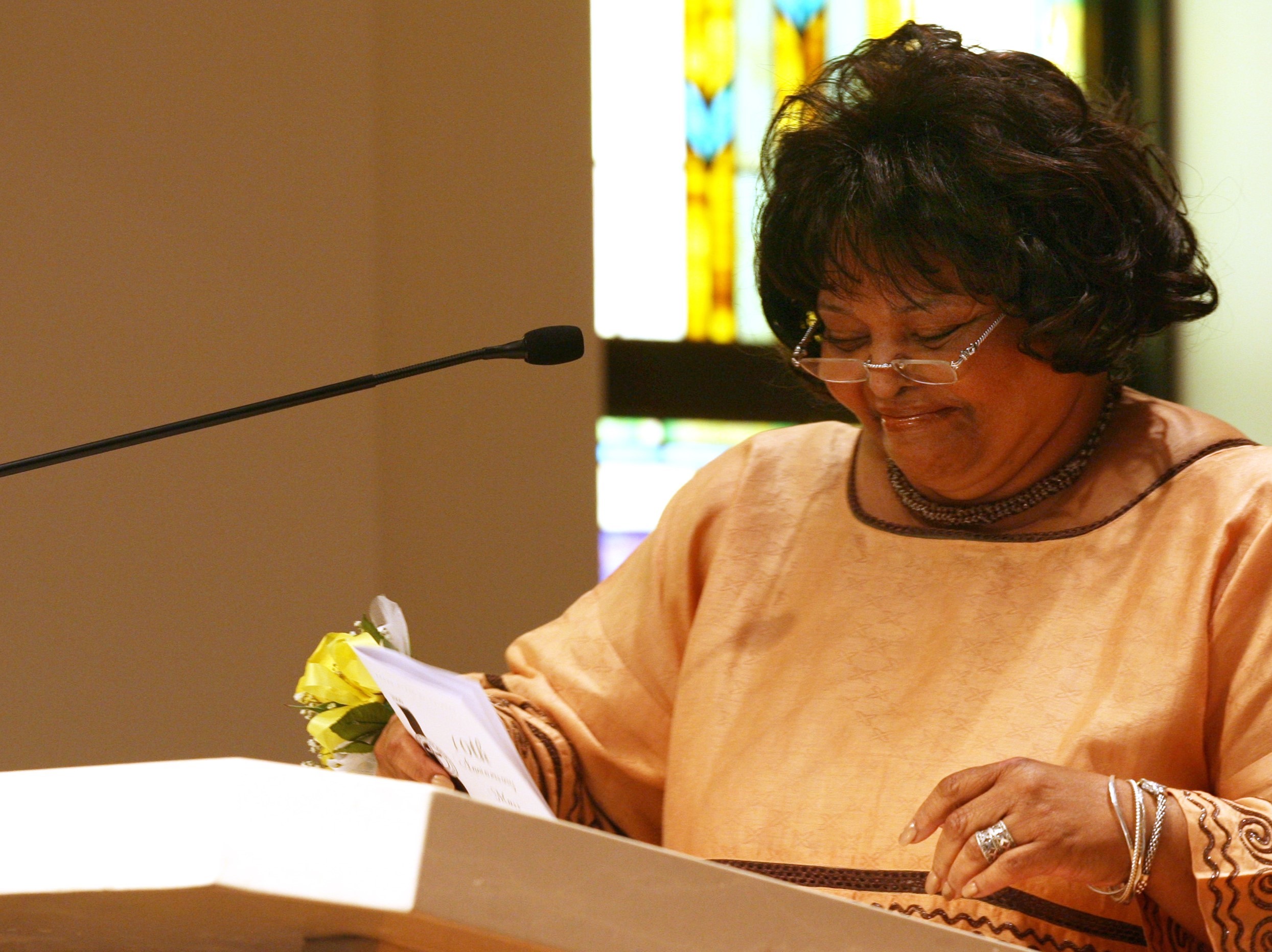 Sister Anita Baird of the Society of the Daughters of the Heart of Mary, seen in this 2010 file photo, will present the history of the National Black Sisters Conference in a Nov. 30 virtual conference hosted by FutureChurch. (CNS/Catholic New World/Karen Callaway)

November is Black Catholic History Month, and one of the most significant events in recent church history was the 1968 creation of the National Black Sisters Conference.

At 8 p.m. EST Nov. 30, Sr. Anita Baird, of the Society of the Daughters of the Heart of Mary, will present the history of the NBSC in a virtual conference hosted by FutureChurch, a Catholic reform organization.

"Prior to the foundation of the National Black Sisters' Conference in 1968, public perception of black women religious was configured almost exclusively by the three black religious congregations: the Oblate Sisters of Providence, the Sisters of the Holy Family, and the Franciscan Handmaids of the Most Pure Heart of Mary," theologian M. Shawn Copeland writes.

Copeland continues: "By making visible and uniting black women vowed religious, and especially those black members of predominantly white religious congregations, the conference reshaped public perception of Catholic sisters both within the church, the black Catholic community, and the black community at large. In a most proactive way, the NBSC promoted and advocated an 'image' of the black Catholic sister and her mission in terms of liberation."

Baird is a longtime member of the NBSC and has served as its president, vice president and is on the board of directors. She has long been recognized for her activism, spending more than two decades of her ministry focused on racial justice. In 1997, she became the first African American to serve as chief of staff to the archbishop of Chicago, the late Cardinal Francis George, she was the founding director of the Chicago Archdiocese's Office for Racial Justice. In 2002 she gave the opening keynote address at the ninth National Black Catholic Congress. In 2013 Baird was awarded an honorary Doctor of Ministry from Catholic Theological Union in recognition of her outstanding contributions in the work for racial justice in the church and city of Chicago, and in 2018 she was given the Outstanding Leadership Award by the Leadership Conference of Women Religious.

You can register for the free event here. 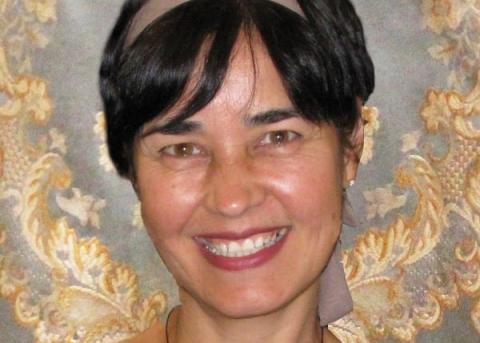 Ortiz, who survived kidnapping and torture at the hands of the Guatemalan military, died of cancer Feb. 19 at age 62. In the decades after her ordeal, she became an advocate for torture victims, lobbying for justice for herself and others.

The episode is part of season two of the podcast; the first two seasons are titled "Sacred Steps" and feature 18 stories of struggle and never giving up hope. The third season, "Becoming Muslim," began Nov. 12.

Listen to the podcast on the Spiritual Edge website, on Apple Podcasts, Google Podcasts, or Spotify.

There is devastating news from Indonesia: Agenzia Fides reports more than 120 consecrated religious died of COVID-19 in the first nine months of 2021.

The number includes priests, friars, and sisters, but no breakdown of the deaths was reported, though officials noted it may still grow.

"The Indonesian Catholic Church is paying a very high price for its frontline commitment to bringing care and hope," said Fides Father Joseph Kristanto Suratman of the Commission for Seminaries. "We have a serious concern for all consecrated persons in our country, who give themselves completely, without fear. The Lord sends us vocations to consecrated life, but it takes many years to form new religious and consecrated persons."

Sister Gabriella, teacher of the Augustinian novices in Pontianak, in the Indonesian province of West Kalimantan, said the coronavirus has hit all religious in the country hard: More than 200 Christian church leaders and pastoral workers have died, as have more than 600 Muslims

"They did not hold back [despite the danger of infection]: they remained close to the faithful when they needed it, giving their lives," Sr. Gabriella said. 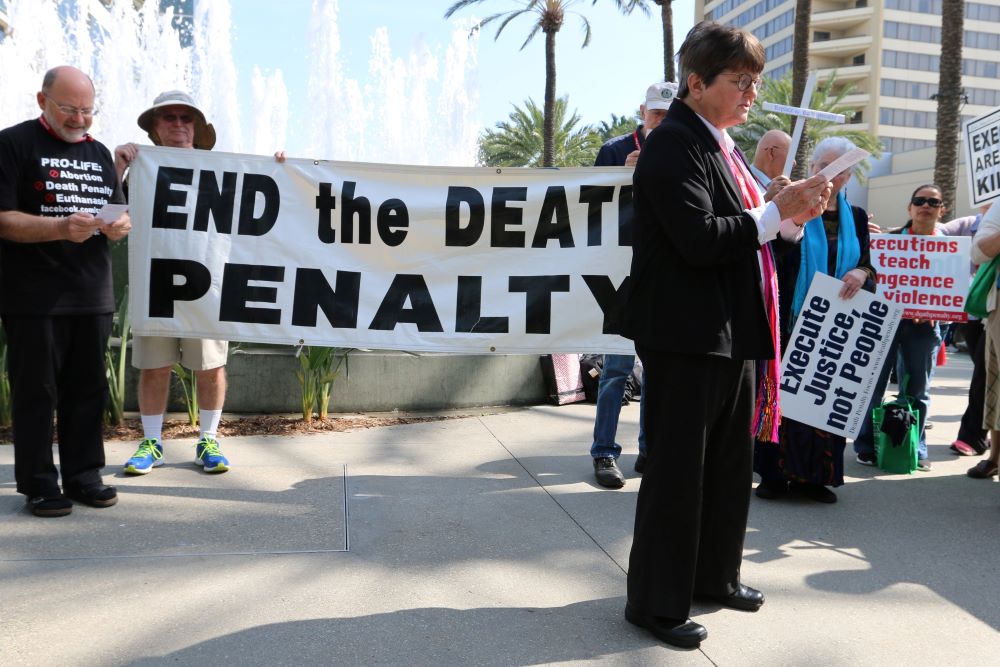 Sr. Helen Prejean, a Sister of St. Joseph of Medaille, is seen in Anaheim, Calif., calling for an end to the death penalty, in this 2016 file photo. (CNS photo/The Tidings/J.D. Long-Garcia)

Sr. Helen Prejean, author of Dead Man Walking and perhaps the nation's most prominent advocate for ending the death penalty, had an opinion piece in the New York Times Nov. 9 about the case of John Henry Ramirez, a death row inmate in Texas.

The U.S. Supreme Court heard oral arguments in Ramirez's case the same day Prejean's column ran: At issue is not Ramirez’s guilt or even whether he should be executed, but whether his pastor will be allowed to lay hands on him and pray aloud while Ramirez is put to death.

Ramirez stabbed a man to death in a 2004 robbery. He was scheduled to be executed in September, but the Supreme Court issued a stay that same day and ordered an expedited hearing on his request. The State of Texas says the pastor can attend the execution but cannot touch him and must be silent.

The courts, she continued, "have determined the opposite: that Mr. Ramirez's heinous crime reveals the core of his true nature, which is incapable of personal transformation and, therefore, irredeemable. They demonize him, which is why, perhaps, they feel justified in denying his inalienable human right to live and in depriving him of a trusted pastor to lay hands on him as he dies."

Prejean noted the importance laying on of hands is given in the New Testament and how at the first execution she attended as a spiritual adviser in 1984, she was not even allowed in the execution chamber where Patrick Sonnier died in the electric chair.

"I pray that John Henry Ramirez will not die at the hands of Texas executioners," she wrote. "But if he is killed, I pray that his faith companion, Pastor Moore, will be there with him, laying his hands on him, shoring up his dignity, commending him to God."