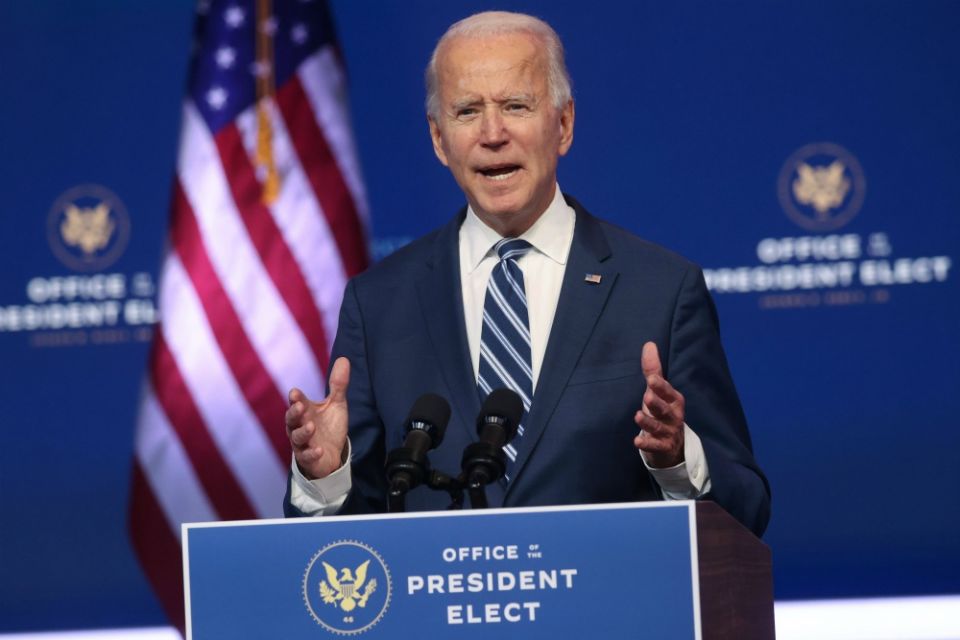 The election of Joe Biden and Kamala Harris is being welcomed by sisters and representatives of sister congregations at the United Nations, who say a new U.S. administration could help renew international efforts on such issues as climate change.

"I think it's a very good move, not just for the U.S., but for the entire world," said Sr. Winifred Doherty, the U.N. representative of the Congregation of Our Lady of Charity of the Good Shepherd.

"Biden and Harris are likely to get the U.S. back on track as far as global leadership," said Maryknoll Sr. Marvie Misolas, representative of the Maryknoll Office for Global Concerns at the United Nations. She cited in particular the commitment the incoming administration is likely to make in tackling the issue of climate change.

"On the global level, it's a giant step," Misolas said. "We need conscientious leaders on the world stage for the good of the planet." 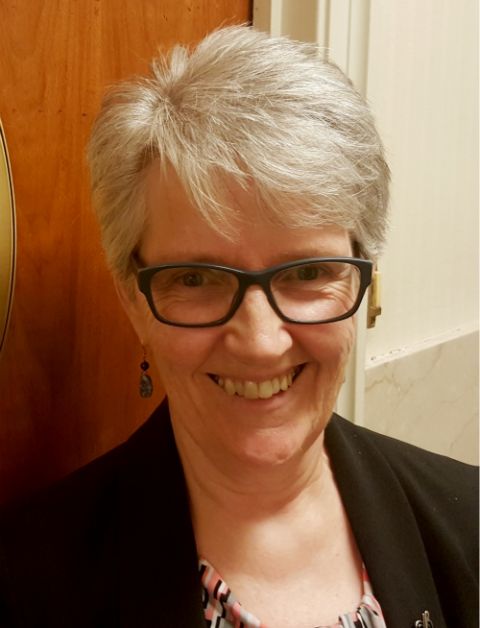 In interviews with Global Sisters Report, neither Doherty, who is Irish, nor Misolas, who is from the Philippines, said they are under any illusions that, with a change of national administrations, the United States will suddenly embrace the peace and justice agenda for which the sisters and other nongovernmental organizations at the United Nations advocate.

"I'm not naive," Doherty said, noting that the Obama administration had hoped the U.S. Senate would ratify U.S. support of U.N. conventions for the rights of children and women, but that did not happen. And both the Obama and Trump administrations opposed a U.N. treaty calling for the prohibition of nuclear weapons.

But with the commitment the Biden administration has made on climate change — including rejoining the 2015 Paris Agreement — and in affirming U.S. support for international institutions such as the World Health Organization, "there is at least now an environment in which important work can begin," Doherty said, though she underlined that "there are huge challenges in the world."

Misolas agreed, saying that "there is no such thing as 100% [U.S.] support" for a peace and justice agenda, but a new administration will at least provide a space for certain issues to advance internationally. 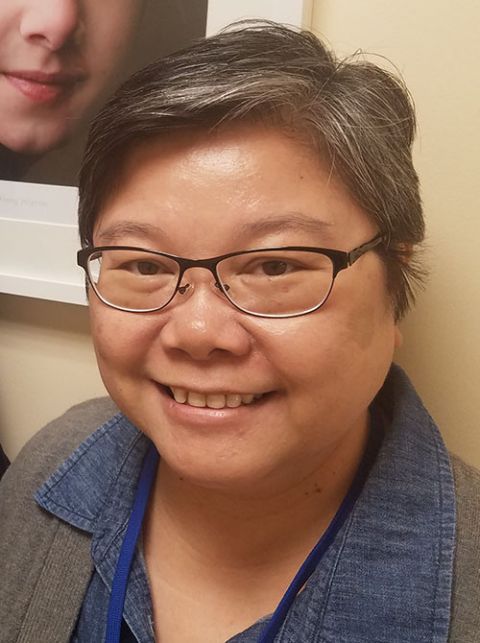 "It helps," she said, noting as one example Biden's pledge to rejoin the World Health Organization following the beginning of U.S. withdrawal earlier this year.

The new administration is likely to be more responsive than the Trump administration has been "in terms of dialogue, in terms of listening," she said, adding that social justice advocates Misolas knows in the Philippines "are rejoicing along with the American people."

In an initial email response, Sr. Carol De Angelo, director of the Office of Peace, Justice and Integrity of Creation for the Sisters of Charity of New York, told GSR that she believes Biden "will work tirelessly to heal our divided nation around many issues, especially immigration and racism."

"I think his experience and knowledge of foreign policy and international affairs will help him build bridges, and not walls, especially with Central America, by addressing root causes and finding a better recourse for asylum seekers, for those facing deportation, and the challenge of reuniting children separated from families."

De Angelo said those issues resonate with her congregation because of sisters' ministries in Central America.

"We are aware of the extreme poverty and hardship people face. We know that root causes must be addressed for systemic change," she said. 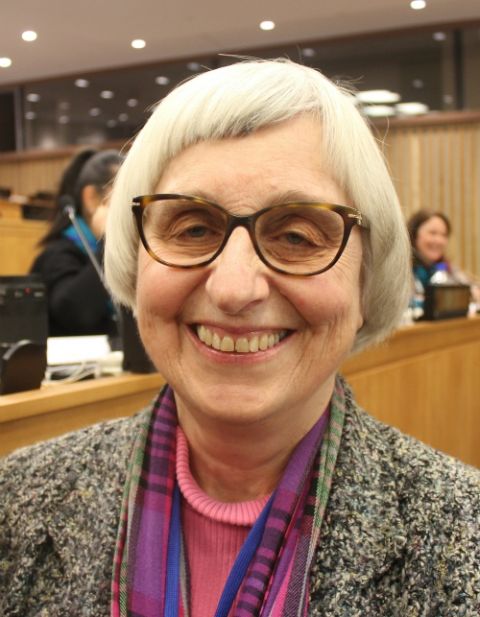 Sr. Carol De Angelo, director of the Office of Peace, Justice and Integrity of Creation for the Sisters of Charity of New York (GSR file photo)

She added: "We are saddened for we have seen how our own programs in Guatemala have been affected by current Administration's policy and budget changes. We are heartbroken even more for the families we see and know whose hunger and lack of employment are increasing, knowing that U.S. policy plays a role. There is hope that the Biden administration will start to bring about positive changes."

In a subsequent interview, De Angelo, who is American, said in order for Biden to advance an international agenda, he will have to heal some of the serious divisions internally in the United States itself. She acknowledged that will not be easy.

"It's hard now to find where those common understandings are," she said.

But she added that Biden "is more 'common-ground' " than President Donald Trump has been, and by reaching out to political opponents, Biden could begin to heal some of the nation's political and social divides.

Beth Blissman, the U.N. representative for the Loretto Community, agreed and said Biden's ability to reach out will help him both domestically and on the international stage.

"Who we have at the helm [in the United States] impacts what other countries do," said Blissman, who, like De Angelo, is American.

"I hope we can move forward with the other 192 countries of the U.N.," she said, expressing a hope for a renewed U.S. commitment to multilateral cooperation.

Blissman, who has worked as the Loretto representative since 2016, said it has not been easy to be an American working at the United Nations with Trump as president, given his administration's nationalist agenda that downplayed the importance of international cooperation.

"The vitriol that came with the administration was not leadership; it was pure partisanship," said Blissman, who, like her congregational colleagues, noted that the relationship between the U.S. Mission to the United Nations and nongovernmental organizations like the sisters' congregations had deteriorated, with the mission effectively ignoring them.

"It will be nice to feel proud of our country again at the United Nations," she said, noting the embarrassment Americans felt when, in 2018, Trump was laughed at while addressing the U.N. General Assembly. 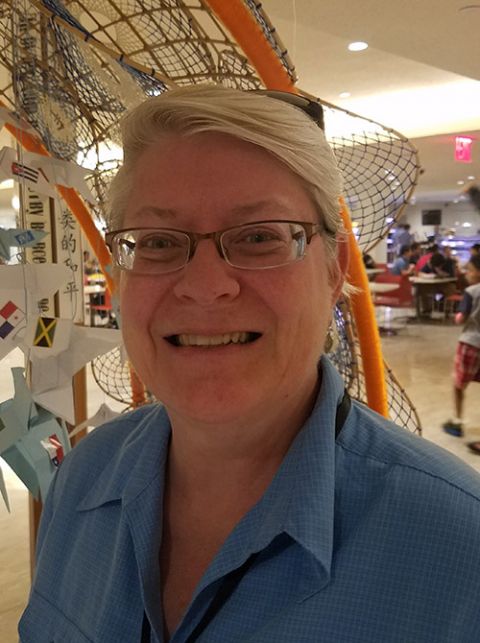 Blissman said she expects Biden "will take the United Nations seriously" and that both he and Harris "believe in hard work and know that the work of diplomacy is hard work."

"There's already a sense of new energy, and I can't tell you how grateful I am for that," Blissman said.

Part of that energy, she and the other representatives said, is the symbolism of Harris as the first female nonwhite vice president.

"That moves us forward in our society," Blissman said.

Doherty agreed, calling it "a symbol and a support for communities of color."

The representatives said the fact that Biden will become only the second Catholic U.S. president was not as significant to them as were his commitments to the "common good," as Misolas said.

But they said they recognize that Biden's Catholicism undergirds his social beliefs and his commitment, De Angelo said, of "caring for people."