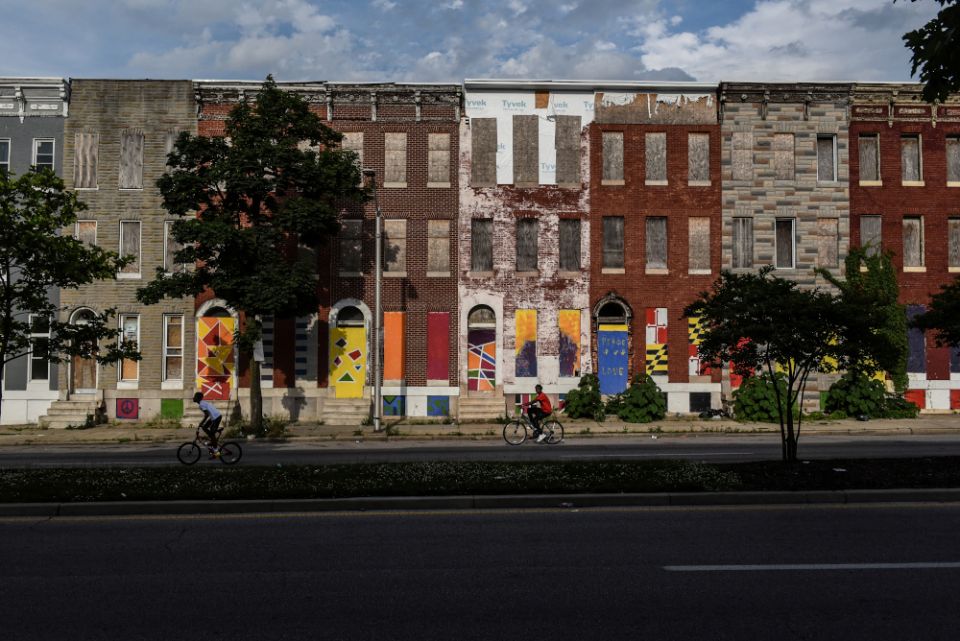 Boys ride their bikes past boarded-up and abandoned row of houses in Baltimore, Md., May 26, 2019. (CNS/Reuters/Stephanie Keith)

Washington — The way ethnic communities have been disproportionately affected by the coronavirus is a common topic during New York Gov. Andrew Cuomo's daily news conferences on how the state he runs is handling the pandemic.

"Why are more African Americans and Latinos affected?" Cuomo asked in his April 8 press briefing after detailing how some ethnic communities in the state have higher death rates from COVID-19 than others. "Why do the poorest people always pay the highest price?"

Bill de Blasio, New York City's mayor, had also talked about the disparity in early April, pointing out that 34% of those who died in the city because of COVID-19 were Latinos, who are 29% of the city's population, and African Americans made up 28% of the city's deaths while being 22% of the population.

And yet similar statistics are playing out coast to coast and points in between. By April 27, figures out of California showed that Latinos made up 64.9% of the state's deaths from the virus among patients age 18 to 49, though Latinos are 43.5% of the state's population and similarly 15.3% of the people who died of COVID-19 in the same age bracket were black, though they're 6.3% of California's population.

The figures didn't surprise Sr. Patricia Chappell, former executive director of Pax Christi USA and a member of the Sisters of Notre Dame de Namur, who long has been involved in various church initiatives dealing with race and racism. The Catholic Church and its leaders, she said, must do more to call on the government to look at the disparities and do something about them.

"I continue to be baffled by the silence on the part of our institutional church," she said in an April 23 interview with Catholic News Service.

"We do have a responsibility to reach out," she said.

From immigration issues to lack of fair wages and access to affordable health care, "disparities in black and brown communities have escalated" and become more pronounced during the pandemic, she said.

"There are many reasons as to why that this the case," she said.

While authorities stress the need to isolate, even from their families if they suspect they have the virus, for ethnic communities in places such as California and New York, where housing costs have skyrocketed, there is no place to self-isolate, she said.

And some of them are janitors, sanitation workers, part of the cleaning staff, grocery store workers or holding any number of other jobs where employers aren't providing them with the equipment they need to protect themselves from a health situation such as the one the world is facing.

"They have to show up not having proper equipment and they can't afford to take time off because there may be no leave time built up or sick leave to take, in some cases," she said. "If they don't show up, they don't get paid and there's rent to pay and they don't have a slush fund." 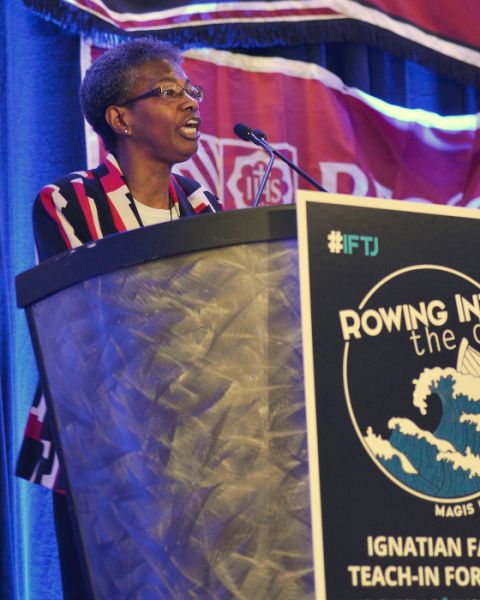 And it's a situation of disparity that many ethnic communities have dealt with historically in the U.S., she said, so it's become puzzling to be told to wash your hands often when in certain places, such as Flint, Michigan, people of color don't even have access to clean water.

"So, how can you ask people to use water when the water coming out of faucet is contaminated?" she asked. "To ask those communities to shelter in place when people have no homes to shelter in? I know there are many organizations passing out food, passing out sanitizer and masks, but it's still not providing those individuals a place to come inside, where they can shower or bathe. That's basic human rights."

So, the disparities going on in communities of color that the coronavirus figures show are not surprising, she said.

"These are communities that live paycheck to paycheck," she said.

And when it comes to certain members of those ethnic communities, there's the added element of dealing with an atmosphere of fear because of a family's immigration status, making some of them reluctant to seek medical help for fear of being deported, she said.

Though the church has been responsive in helping with some of the material needs of those communities, more needs to be done to address the disparities that have come to light during the pandemic, she said.

They need testing, particularly in settings where they're not afraid of authorities such as immigration, free or reduced cost care for those who may not have insurance, and alternatives in case there is no proper way to isolate at home, she said.

"The church needs to continue to raise the issue around injustices that we see in these communities of color, to advocate for low-income workers who are on the front lines as janitors and housekeepers, and other essential workers and low-income folks," she said. "They should have access to some kind of financial assistance. The church certainly can continue to raise the issues around why is it that people have clean running water and others do not. This goes back to Catholic social teaching, which continues to say that every human being is valued, every human being is worthy."