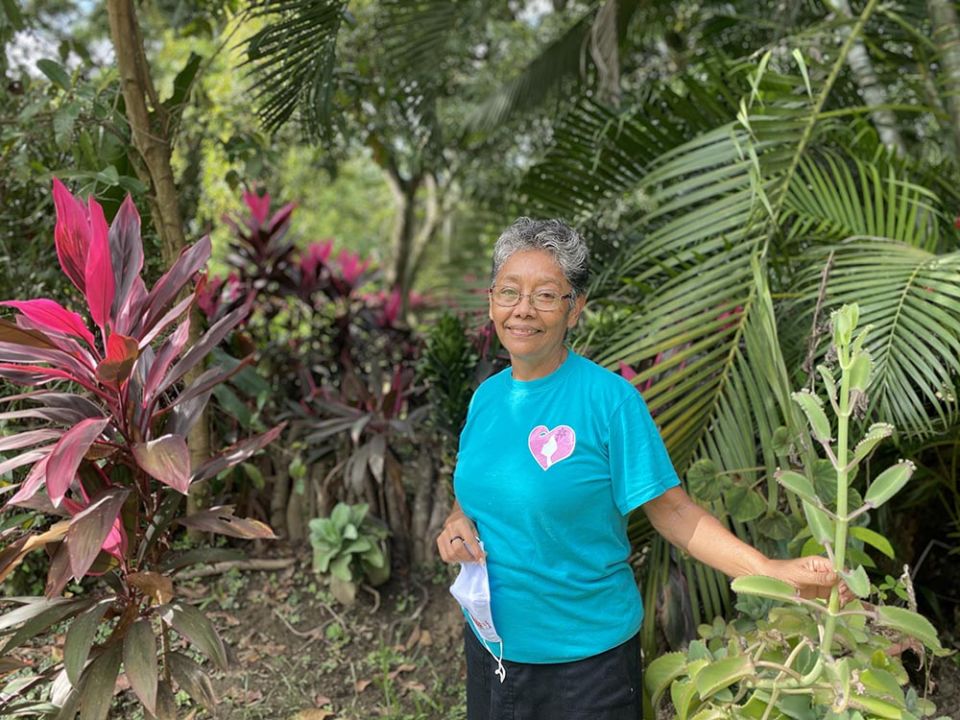 Educating Hondurans about the issues and the 2021 election was a matter of responsibility and duty for Sr. Rosa Maria Trochez, a School Sister of Notre Dame. (Soli Salgado)

El Progreso, Honduras — For Sr. Rosa Maria Trochez, a School Sister of Notre Dame, getting involved in Honduras' 2021 presidential election "wasn't a matter of inspiration," she said. "It was a matter of responsibility; it was a duty."

Democratic-socialist Xiomara Castro (member of the Free Party) would ultimately become the country's first female president, claiming victory Nov. 29, 2021, and bringing the Honduran left back to power after a dozen years, for the first time since her husband, Manuel Zelaya, was president and was deposed in 2009 in a military coup. She was up against Nasry Asfura of the conservative National Party, whose leader President Juan Orlando Hernández had been linked to U.S. court cases involving drug trafficking. (He has denied wrongdoing.)

For Trochez, this election was about recovering Honduras' democracy — as Hernández came to power in 2009 through a coup — as well as an attempt to stabilize a country that has had nearly a million immigrants come to the U.S. since 2019.

Trochez said her work is not partisan, never pushing for a specific candidate or party so much as speaking with individuals who rarely engage in elections. In discussing the issues that they say are most important to them and their families, she aims to educate them on their civic duties and what they ought to expect from their government.

Over the years, Trochez has participated in delegations to the United States to raise awareness about the conditions in her country and encourage U.S. legislators to pressure the Honduran government for new elections after irregularities were discovered in its 2017 presidential elections.

Since 1975, Trochez has committed her life to working for human rights after witnessing the military murder of two activist priests, and later learned of the killing of 14 people she knew or knew of who had been working for agrarian reform.

In a conversation with Global Sisters Report, Trochez recounts the process of voter engagement leading up to Honduras' presidential election in November 2021.

With the election of Castro, "we're more hopeful today than yesterday," she said. "The people could be like, 'We won, it's over!', but now is when the work really begins, waking up the people to continue dreaming for a better future."

GSR: Tell me how you became involved in this election.

Trochez: I have always been involved in this country's social problems, but in Honduras the tipping point was the coup in 2009. Since then, we've been working with all the organizations. 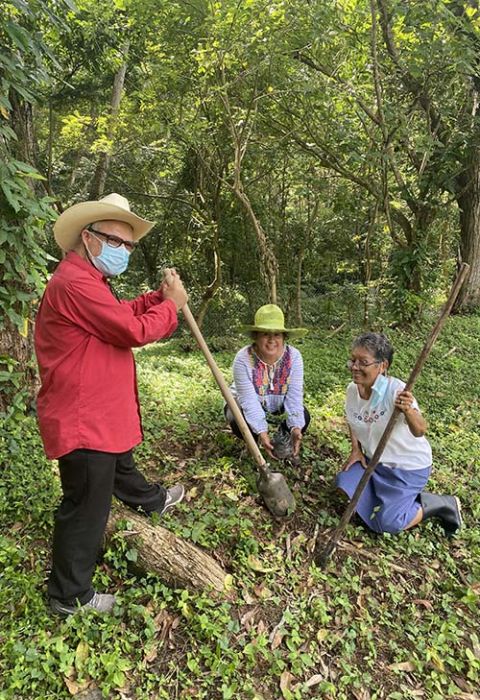 Sr. Rosa Maria Trochez, right, volunteers at a farm near El Progreso in December. On the left is Jose Artiga, executive director of The Share Foundation and a human, environmental and immigrant rights advocate in the U.S. and Central America; a local community leader is in the middle. (Soli Salgado)

One thing we did was work in networks (my work specifically, not the congregation) to animate women in organizations and unite ourselves to see how we could make sure that this changes. They were 12 long years of ongoing daily fight, to motivate women, working on their formation, their self-esteem, educating them on their rights as women and as humans, fighting for them, fighting against the obstacles imposed by the government — for example, implementing three, four tolls to get to the capital.

So, we fought to remove those barriers, and Progreso was one of the places that achieved it first. [El Progreso is in northwestern Honduras, southeast of San Pedro Sula.] That work was more or less done by women, which is how I was involved.

The charism of School Sisters of Notre Dame is in education, wherever we are, whether that's in a classroom or under a tree or here with you where you are. ... I feel very proud of the congregation to which I belong, because it has given me the opportunity to be who I am, to be present in the poorest places, but in its totality: in the political, the human, the judicial, the hunger. And I have had this freedom, thank God.

Did you have a specific group of people in mind when working to increase voter registration?

[Here in our convent,] we created many spaces for reflection for women and men of any persuasion of thought. So, my job was not that, "I belong to the Free Party" or "I am liberal" or "I am nationalist." It was nonpartisan, but the idea was to encourage an appreciation for the importance of exercising the sovereign vote, the importance of understanding that it is the people who decide and not four figureheads from above.

And that was a job for 12 years. In each meeting we had, we brought out that thinking, not to lead people to a certain political party, but to help them come to a well-thought-out vote.

Did you have specific social issues in mind that you were fighting for, or was it more about defending democracy?

Everything that has to do with human rights. The right to live well, the right to education, to health care — all of this is political, but it's also our right. 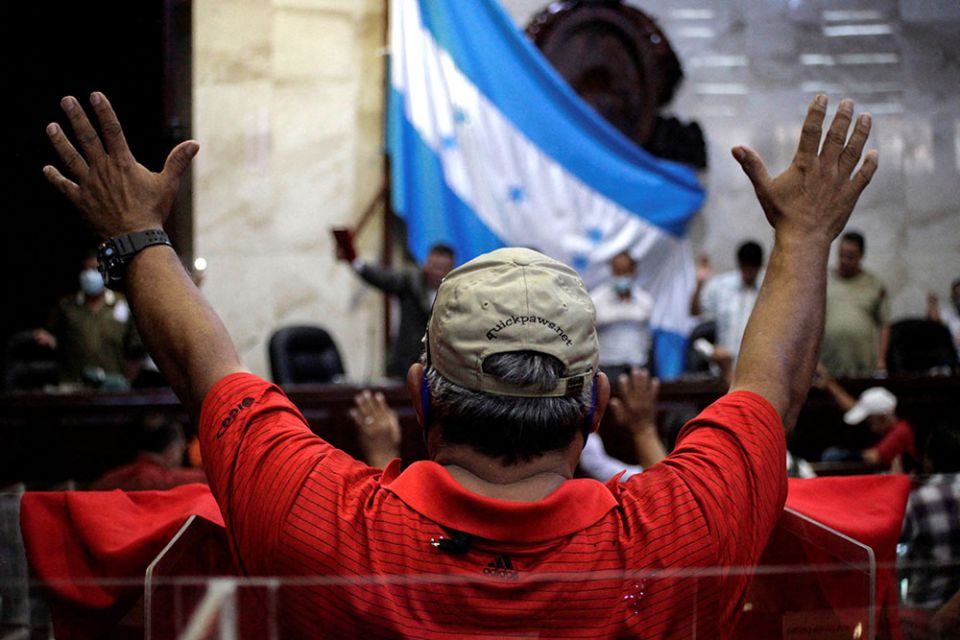 Supporters of Xiomara Castro pray inside the National Congress after the installation of the new Congress in Tegucigalpa Jan. 25. Castro was inaugurated as president Jan. 27. (CNS/Reuters/Fredy Rodriguez)

Another point of reflection for us is the issue of migration. Why are our people migrating? Our people were fleeing for their lives and that of their families. So, all this work we did was to raise awareness that all your problems are not solved by fleeing your country; rather, it's staying and fighting for change. That's been part of our work in the streets, here and everywhere.

What does a typical conversation sound like between you and those who you're working with? What questions do you ask?

We talk about numbers. So, for example, how many people are in your family? Eight. How many of those eight people work at home? One, two. How many go to school? One. And is that correct, is that appropriate? — that kind of reflection. Do you live in your own home? No. Why don't you have a house? Why didn't you ever go to school? Why don't your children go to school? When you go to the hospital, why isn't there medicine for you? Who is responsible for us having these things?

From there they go, "Huh, it's true, I shouldn't have to buy my own medicine; it's my right to have access to that."

Was it a struggle for them to make that connection, to realize the responsibilities of the government?

It's a mix. We have the most difficulty with religions that are outside the Catholic Church, because to them, fighting for your rights is like the devil: Politics are bad, thinking is bad, the man has all the rights. These are the ideologies and spiritualities that are part of their religions; the people live with their eyes closed, where it's bad to open your mouth and talk about those things because their religion forbids it. [It's one of] the biggest enemies of the process.

What are your expectations for this current administration, or priorities of yours that you'd like to see implemented?

The [previous] government left a vacuum in terms of money and also at this time [December 2021], the previous administration is making a commitment to the people, employing the people and giving them very high salaries when there is no budget. But he wants to leave that burden with Xiomara. And if those people complain later, they can file a lawsuit to Xiomara.

So, it will be very difficult. I don't have many illusions, but at least the people now know that they have power. Now that we as a people are aware that we have the power, we are going to continue fighting for what we have to fight for. 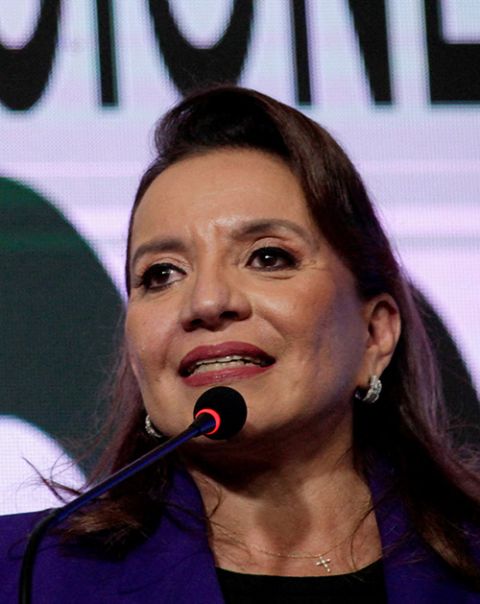 What was the reaction to electing the first female president? Did it feel momentous, or was it overshadowed by the greater political emergencies and high stakes surrounding the election?

There was a unique significance to her being a woman, and particularly a woman like Xiomara. She has a lot of critics that her husband was likely behind most of her campaign. She's had an active role in fighting the coup ever since it happened. She was always on the streets championing the fight.

She's very humble when it comes to the work and advocacy — I have her on a WhatsApp group, and when I write her, she answers me. She's just that type of person.

How does your work evolve, now that the election is behind you?

But I believe in the people of the United States, so we need you to raise awareness by coming to Honduras, seeing the reality, and then taking that knowledge back with you to the U.S. in order to advocate to your government on our behalf.

Q & A with Sr. Mercy Kuriakose on healing the sick with homeopathy

Get out of the boat