A military connection: religious life and how we do it 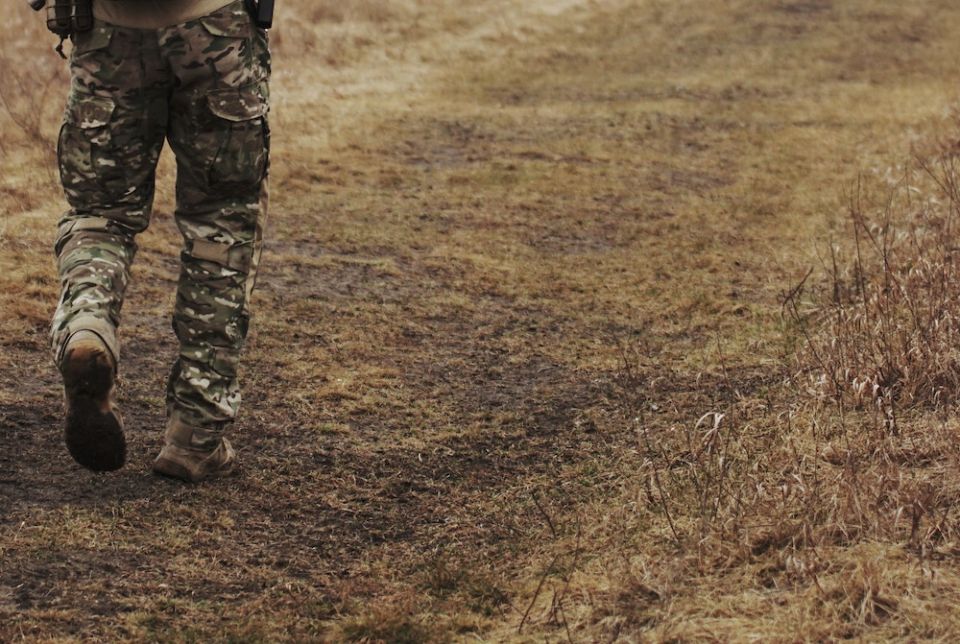 Editor's note: GSR is celebrating the Feb. 2 World Day for Consecrated Life — a day of prayer for men and women in consecrated life — with a week of columns that illustrate some of the varied and unique ministries and contributions that consecrated women bring to the Catholic Church and society around the world.

Recently an acquaintance asked me what it was like to be a nun. I said jokingly, "Religious life is a lot like the military except we don't carry guns." While I understood this perfectly, the other person looked at me with an I'm-stepping-back-from-you glance and just smiled. I quickly interjected, "Oh, I just mean that we move around to ministries and there are certain expectations of us in life — you know, like soldiers."

"Yes, sure there are," she agreed. "Whatever you say. I'm not messing with you!"

Having a brother who is a West Point graduate and retired military has provided me with a fountain of information in thinking about similarities and dissimilarities between military life and convent life. He and I came up with the following comparison between religious life and the U.S. Army.

Areas of similarity between the military and religious life

Military: Once a recruit signs an effective-date document with the armed forces recruiter, that becomes the date of voluntary enlistment.

Religious Life: We follow a procedure of getting acquainted and voluntarily expressing interest to join.

Military: Generally enlistment begins with a two-year commitment based on the date of the recruitment document. Breaching that agreement brings negative consequences to the recruit, including being considered AWOL (absent without leave).

Religious Life: We have a postulancy time of six to eight months, followed by canonical novitiate of one year. Final vows after at least three years seals the commitment and binds us to our Rule.

Military: Basic training lasts six to eight weeks and covers the content of how to be a soldier. That's followed by Military Occupational Service training, which varies in length. This gets to the heart of the question: What did you join the service to do? Examples are field artillery, military intelligence, communications, defense language, aviation, supply chain and so on.

Religious Life: Our postulancy and canonical novitiate present the content of how to be a sister, including: learning how to pray, what are the vows, how to say the Divine Office, our rule and charism, living in community and so on.

Military: Following training, soldiers then move out to a first duty assignment that can last from one year (hardship duty) to four years (the standard tour of duty).

Religious Life: Also following training, sisters are missioned to a first duty assignment based on their education and career aptitude. There are as many ministry service opportunities as there are careers open to women, and these are no longer mainly in the traditional fields of education or health care.

Military: The U.S. Army never uses the word "obedience" but instead holds the concept that "honor" is the basis for everything. Military orders sending a soldier from place to place are expected to be honored. The higher calling is evident everywhere as a soldier is not about self but instead is about team. The military is actually the "Profession of Arms." Soldiers are educated, trained and continuously up-trained to become a professional.

Religious Life: The word "obedience" is of major importance to us as one of our three vows (poverty, celibacy, obedience). Our motivation as sisters is to be honorable, generous and self-giving persons. Our comparable term is the "Profession of Women in Service to the Church." We nurture our spiritual lives in particular through daily prayer, spiritual reading, retreats and the like — and also nurture all to whom we minister.

Military: Uniforms are issued and worn in order to engender the feeling of sameness and belonging. A uniform evens out how a soldier is regarded; e.g.: A recruit from a poor family is visibly no different than any other soldier. The uniform is also for safety.

Religious Life: Our habits signify uniting with God, putting on the mantle of consecration and engendering the common life. Looking similar was a recognizable sign to all of one's dedication to the church. After Vatican II, many women's congregations chose to blend into society by wearing the garb of women of the day — something that religious women did in the medieval ages. Ministering in the world and wearing what women of the day wore allowed sisters to blend in and do their ministries. That was fine until women of the day modernized their attire and left religious women behind continuing to wear the medieval garb of veil, wimple and long habit. Some congregations today have returned to various designs of the traditional habit.

Areas of no similarity between the military and religious life

Military: There is no spiritual calling to become a soldier. Reasons to join include the pay, the educational opportunities, to see the world, the veteran benefits etc. A common denominator is serving one's country and defending freedom around the world.

Religious Life: A vocation is the start of everything in religious life. The call from God is the first thing. A woman doesn't become a sister just because she wants to; if she feels called by God and then pursues that call, she nurtures her vocation to religious life.

Military: The military desires to keep good persons and entices them with additional training, re-enlistment bonuses, pension build up and desirable post locations, among other things. The Veteran Administration health system exists to care for veterans' health care needs. A dishonorable discharge can occur for certain actions, like crime, breaking the law, destroying military property, going AWOL and the like.

Religious Life: We aren't concerned about perks to keep sisters in the fold. When congregations accept members for life, sisters know that their temporal needs will be taken care of through the time of death. However, sisters can decide to leave after receiving dispensation from vows.

So I stand by my original analogy — religious life is a lot like the military, except we don't carry guns. But it's much more than that. Scripture even uses the word "soldier" in 2 Timothy 2:3 — the "Lectio Divina" edition of the Catholic Prayer Bible says, "Share in suffering as a good soldier of Christ Jesus."

Despite our humanness that is constantly tested, we overcome this by the grace of God allowing and engendering a constant faithfulness to religious life.

We can look to St. Clare of Assisi, who saw her city besieged by Saracen soldiers; her response was to remain calm, to pray, to keep the faith, and to hold out the monstrance, not a gun. The Saracens took flight.

Another friend told me recently, "I'm not a nun. I'm not even Catholic. I don't know how you do it — but I do admire you and what you do." And whatever it is that we do do, it's not done by us. There's something higher at work here. No guns needed.

Communities welcome young women to the sisterhood through international outreach

Religious Life | A military connection: religious life and how we do it

The election is over. Now what?

Women in theology share trials and triumphs at panel event