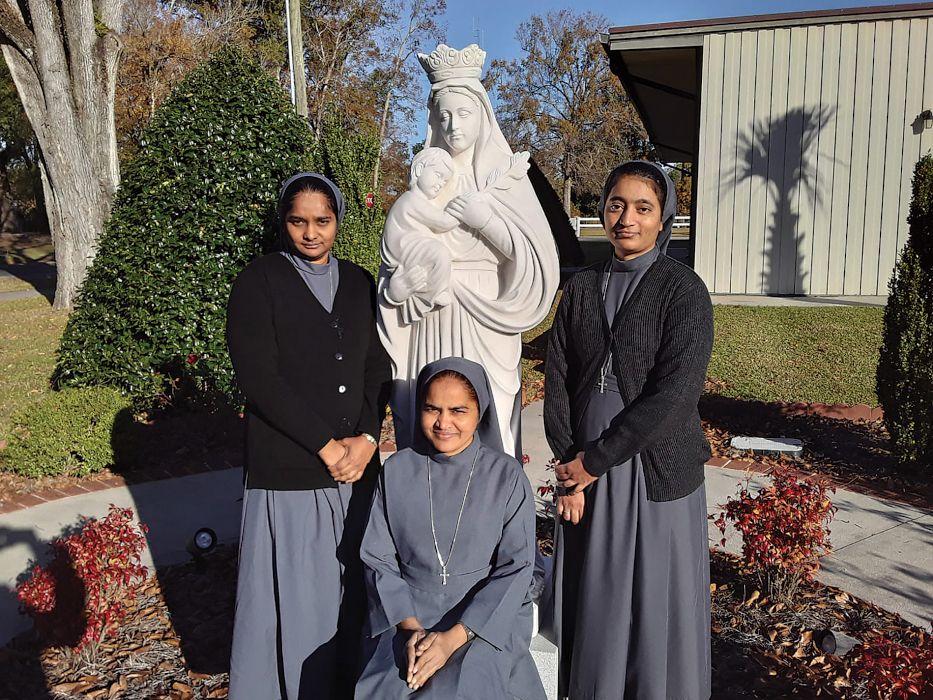 Myrtle Beach, S.C. — Three new communities of women religious are bringing their missions of evangelization through helping others to the Diocese of Charleston, South Carolina.

The Daughters of St. Anne, an order based in India, arrived in South Carolina in September 2019 and now serve at three parishes. Founded in 1857, their order's charism is "evangelization through loving service."

In the Aiken Deanery, three members of the Sisters of the Sacred Heart of Christ, based in Mexico, will soon begin work at local parishes thanks to a grant from Catholic Extension. The sisters will live in a convent in Gloverville that formerly housed the Daughters of Charity of St. Vincent de Paul.

In the Beaufort area, three new sisters from the Disciples of Christ the Good Shepherd will arrive in March. Sisters from the order based in Mexico first came to the diocese in 2014 and have played a big role in helping parishes with the growing Latino community.

All of the women had to go through a long application process before arriving in South Carolina. Immigration arrangements for women religious who come to the diocese from another country are handled by the Catholic Legal Immigration Network, said Megan Turngren, managing attorney in the agency's Religious Immigration Services section.

Women religious must obtain an R-1 visa, which is for religious workers.

Turngren said the process has become more challenging in recent years as immigration officials request more evidence that applicants are truly eligible for the visa. In the past, for instance, women religious often only had to provide documentation such as proof of their baptism or that they had professed final vows. Currently, some are being asked for other proof such as a letter from the superior of their order.

"The immigration service often doesn't understand what sisters really do, and they will request more and more evidence that can cause further delays for the women," Turngren told The Catholic Miscellany, newspaper of the Diocese of Charleston. "It is a process which continues to change and evolve."

Facing immigration delays is not the only challenge for the sisters. They also must acclimate to a new culture, overcome language differences and battle homesickness.

Pyreddy said she misses her family in India but has been overwhelmed by the welcome she's received. She also learned about the impact sisters can have just by their presence.

"I was at the entrance of the church here in October and a woman approached me with tears in her eyes," Pyreddy said.

"She said, 'I thought I would end my life without ever seeing a nun in full habit like you. I am so thankful you are here.' I could see how grateful she was just for my presence and it let me know our work is important."