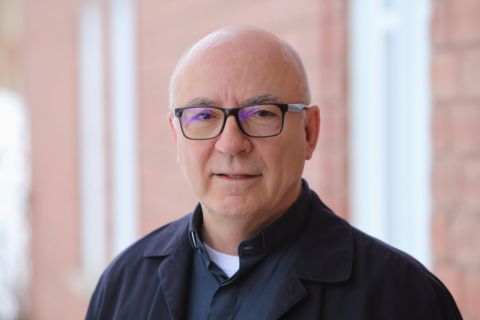 Montreal — Two Antonian nuns from Chicoutimi, a borough of Saguenay, have died of COVID-19.

"There are now two deaths in our infirmary as a result of COVID-19. Sister Bertha Laforest died April 10 and ... (April 15) a second sister passed away. It's Sister Yvette Rivard," confirmed Sr. Ginette Laurendeau, superior general of the Antonian Sisters of Mary.

Laurendeau spoke from her room at the monastery, where she's in mandatory confinement because she has also been tested positive for COVID-19.

She got the news April 15. "For now, I'm fine. I'm doing exercises while doing this interview."

The superior general said she received a call March 31 confirming that an employee of their infirmary had just tested positive for the coronavirus.

The order, founded in Chicoutimi 115 years ago, then created a crisis cell to make decisions concerning the well-being of the 45 nuns who reside at its Chicoutimi monastery. This is also where the community's infirmary is.

"Mandatory confinement for the 23 nuns in the infirmary was immediately decreed. With the two deaths, they are now 21. The five nuns who were next to those in the infirmary were also placed in mandatory preventive confinement. As for the 20 sisters who lived in the green zone and who were still active and at work, they are now in mandatory preventive confinement in their rooms as well," explained Laurendeau.

Public Health authorities first withdrew a large part of the staff from the infirmary, in prevention. "We got a lot of agency staff, but some were leaving before the end of the contracts. We went through very difficult times," added Laurendeau. "But within 24 hours, we were up and running again."

Since then, two social workers have been accompanying the Antonians. Staff members, who were on preventive withdrawal at first, have now returned to the infirmary.

"But you can feel the fear," Laurendeau said.

"For the people here, the Antonian Sisters are our big sisters," said Bishop Rene Guay of Chicoutimi. "The priests, the whole diocesan community, the people of our region whom they served in their various commitments, we owe them all so much."

"If we're going through this mourning with such difficulty, it's because each of these sisters has a history with the people," said the bishop.

He said when he was a young priest, he worked with Sr. Bertha Laforest in a parish.

The bishop said he also talks regularly with Laurendeau.

What the truth of a tree taught me during this pandemic

New members are a gift, and hard work