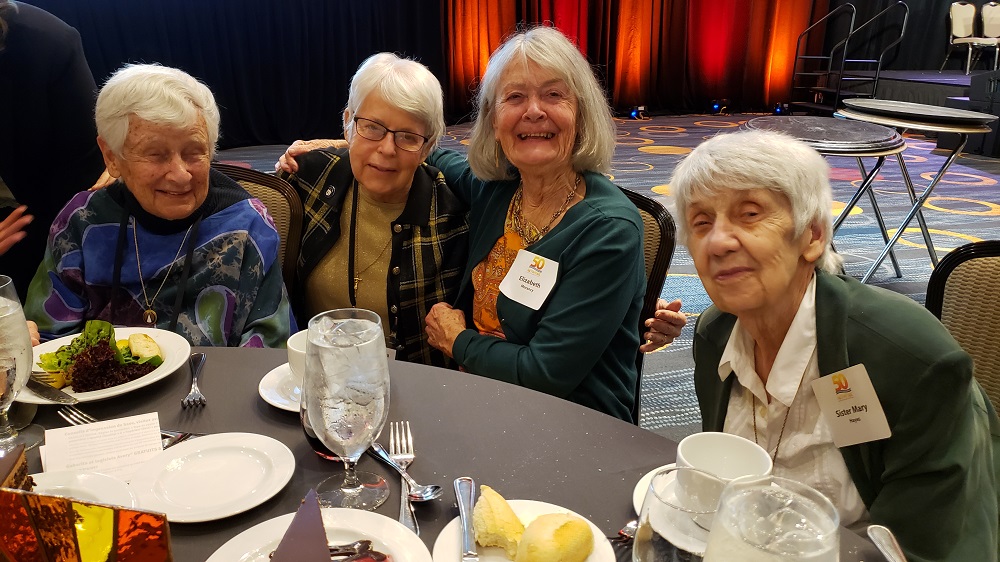 I'm old enough to remember the beginnings of Network. I was in graduate school, going on peace marches and wearing "Boycott grapes" buttons. I was not directly involved with Network, but many of our sisters were in this new social justice advocacy group, and, being a bleeding-heart liberal from birth, I was really proud of them. And at the April 22 gala celebrating the group's 50th anniversary in Washington, D.C., it was my honor to sit with four of the pioneers. I had come with one of them, my housemate, Ursuline Sr. Angela Fitzpatrick.

I hovered around the edges of Network for years, writing letters, signing petitions, and actually visiting the Network office when our U.S. Catholic Sisters Against Human Trafficking group went to Washington to lobby our congressional representatives. (Network let us leave our luggage in their offices while we went to the Capitol.)

I finally jumped into the deep end and went on the 2018 tax justice tour with the Nuns on the Bus in spite of the fact I knew nothing about taxes —if you get involved with Network, you learn fast! — the 2020 virtual tour, and lots of good webinars in between.

But I was bowled over by what I saw and felt and experienced April 21-23 at the big 50th anniversary celebration, which included training for advocates and the gala.

Picturing the Network sisters I had known over the years (many white and, at this stage, mostly gray-haired), I was blown away by the explosion of diversity and youthful energy at the meeting. Oh, yes, there were a few of us old-timers, but there were young sisters and men and women of all ages and ethnicities/nationalities: associates, young staffers, college students, activists of all sorts, and, of course, our young sister-columnists for Global Sisters Report. One of my favorites was a young adult from India with a pink pageboy mop of hair.

I met old friends from past days in academia, from United Nations nongovernmental organizations, the Leadership Conference of Women Religious, and from religious leadership days.

And I made lots of new friends. As I looked at one lady's name tag, I called her by name. Surprised, she asked where I learned to properly pronounce it. When I told her I had grown up with people who had that name in Aztec, New Mexico, we were blown away when we learned we shared not only a hometown, but a school out near the edge of the Navajo Nation. Network! Connections! Collaboration! Small world!

There were many interesting workshops and lessons on issues and advocacy, and we came home prepared with the tools we need to participate in a lobbying visit in May about reforming our criminal justice system, including knowledge of the EQUAL Act of 2021 and a package of three bills related to the justice system. To prepare, we had 1-on-1 encounters and formed regional coalitions.

This feels like a microcosm of where religious life is today. At one point when I checked, there were 104 registered for the advocate training, of whom 43 were sisters. (For the gala, 51 sisters in 347 registrants. More people came to party and celebrate!) The little seed that a few sisters planted 50 years ago has become a tree full of fruits of justice. And we have an energetic and talented leader in Mary Novak, Network's first lay leader.

To mix my metaphors, the torch has been passed to eager hands that will carry it into the future. Justice Ablaze! 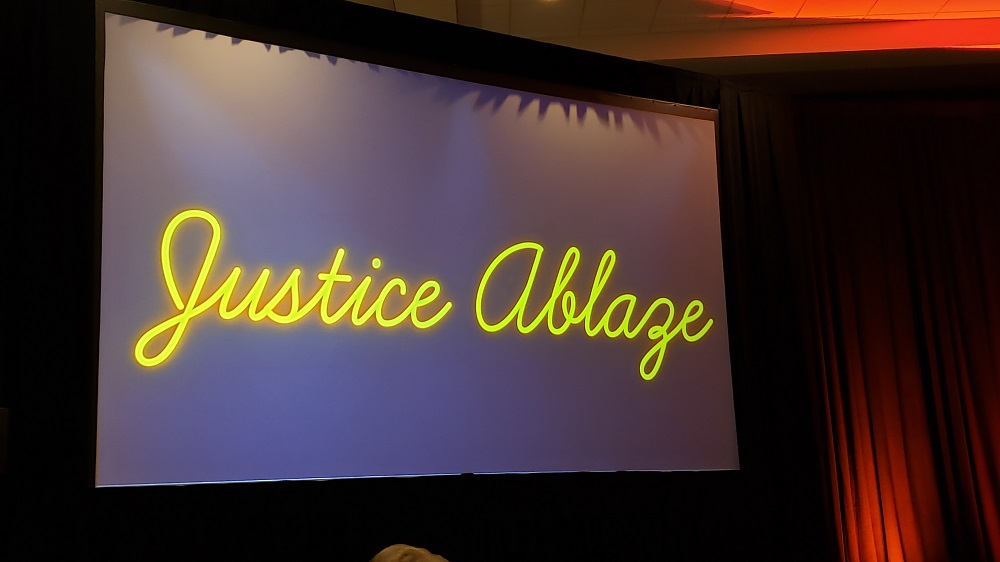 Read this next: 'Spirit-driven' Network celebrates 50 years of advocating for Catholic social justice