The time for reparations is now 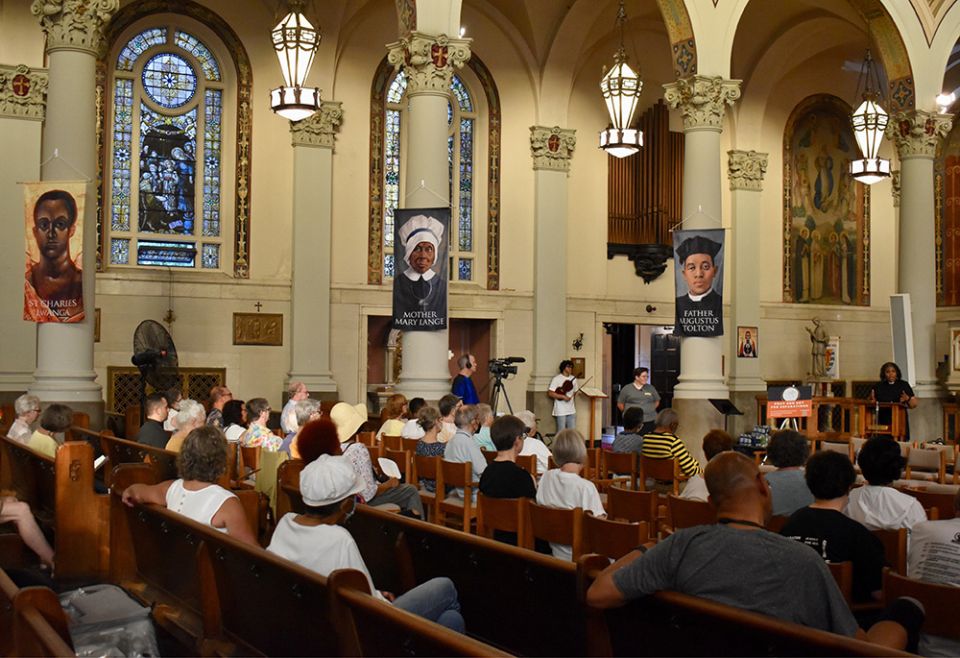 On June 15, Network Lobby and the Cleveland Network Advocates Team hosted "Repair and Redress: A Vigil for Reparations" at St. Aloysius-St. Agatha Parish in Cleveland's Glenville neighborhood. We gathered as a community to listen, learn, pray and act as we called on President Biden to establish an H.R. 40-style federal commission to study reparations.

Reparations, Rev. Blackmon said, are about "the church and the people and the society moving from charity to justice; moving from handouts to hand-ups; and moving from offering to give someone a fish to giving them a lake so they can fish for themselves."

So, what exactly are reparations? Many historians refer to Gen. William Sherman's promise of "40 acres and a mule" in 1865 as the first example of reparations to formerly enslaved peoples. However, this promise was short-lived because the offer was rescinded after President Lincoln's assassination. Still, 157 years after General Sherman's promise, the United States as a society has yet to address reparations. The time is now.

Beginning in 1989, the late Rep. John Conyers, D-Mich., first introduced H.R. 40, a piece of legislation to establish a commission to study reparations. This year, Rep. Sheila Jackson Lee, D-Texas, who introduced H.R. 40 in 2021, said, "Reparations is about repair and when you repair the damage that has been done, you do so much to move a society forward. This commission can be a healing process. Telling the truth can heal America."

Telling the truth and sharing sacred stories is, indeed, the only way we can begin to repair and redress the pain caused by slavery, and our country's inability to truly repent for centuries of systemic racism. At times it can feel so overwhelming — where do we begin? As we learned in Cleveland and from Rev. Blackmon, the place to begin is in the church — in our communities.

As part of the ritual, we listened to five truth-tellers share their sacred stories. As the last speaker began, he said, "Driving here, I did not know if I was going to speak, but my ancestors have stories that need to be told … and being here with my church family is the place to tell those stories." We listened to stories of discrimination, of different realities in the North and South, of disappeared family members. We heard stories of courage, of pride, and of a deep abiding faith.

His words were a stark reminder that our church — or our own faith and/or religious communities — is the place to have these conversations. If it is the church — the place that is responsible for centuries of racism and slavery — it is also the place for healing … the place where we repair and redress the ongoing repercussions of chattel slavery and continued systemic racism.

How do we begin? As religious in the United States, we can look to the work of the Society of the Sacred Heart who, in 2018, began the work of reparations and justice, and to the Jesuits. Cities like Evanston, Illinois, voted to pay $400,000 in reparations to eligible Black residents. Does your church or religious community engage in conversation about reparation? Has your city begun to discuss reparations for its residents?

I would encourage all of you who read this article to do three things:

Our voices are stronger together and we need to pray and act for reparations. The time is now. Social Justice | The time for reparations is now

Resistance woman: Do I qualify?