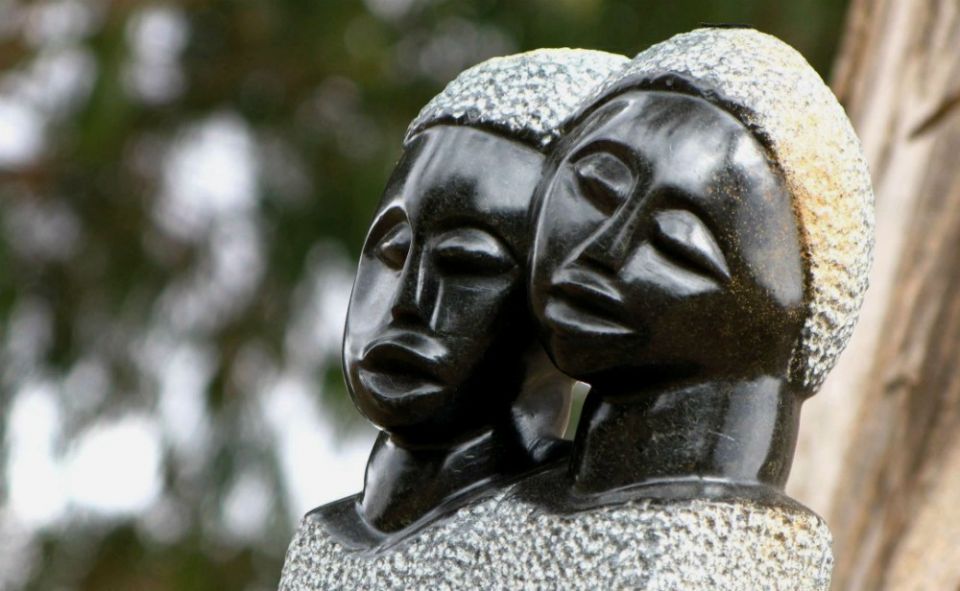 As a narrative pastoral therapist, I frequently come face to face with the tragedy of widowhood in Africa, and am confronted with the question of how to help women, especially widows, to deal with the injustice of life and to empower them to rediscover their inner strengths and potentialities. It is part of the Congregation of Jesus' broader mission to assist women and to facilitate women's rights, give vulnerable women the dignity and respect they deserve as people of God.

African widows, irrespective of their cultural, religious or ethnic groups, are among the most vulnerable and destitute women on the continent. Researchers have shown that widows in many African cultures are subjected to dehumanizing cultural and ritual practices passed off as mourning rites.

Widows must undertake a requisite cleansing that entails a widow having unprotected sex with her husband's brother or other relative, or with a professional village cleanser to remove the "impurities" that have been ascribed to her.

Widows in Zimbabwe often suffer humiliation and pain in the name of culture: Witness the stories of two Zimbabwean widows whom I am working with, Martha and Mary. They explained: Losing a husband is not only about coping with rejection, isolation, grief, loneliness, or financial upheaval but also marks the beginning of a life of untold pain, suffering, misery and sexual harassment by male relatives of my late husband. (The voices of Martha and Mary are typed in italics, and their names are pseudonyms.)

The two widows grappled with many difficult issues and suffering that illustrate the plight of widows of all cultures and nationalities trapped in similar situations after the death of their husband.

In recent decades, a variety of human rights instruments at the international, regional and local levels have addressed human rights issues concerning women. While they are relevant, they have proven inadequate in protecting women, particularly widows.

They have made significant progress in improving women's conditions and access to resources, but the basic structure of inequality in the relationship between men and women continues to be an impediment toward full realization of these rights. Hence, gender inequality not only leads to human rights violations but may also have implications for a sustainable future.

When Martha and Mary were sharing their stories with me, I could hear the pain in their voices.

Mary said: Before my husband was buried, I was accused of bewitching him. I was told that if I refused to go through the sexual cleansing rite, then I would have to leave the family house and everything. My husband's family were of the opinion that I would get married within the family. They pointed out that since they had already paid the bride price and I have their three children so these children had to be raised by a member of the family, not by someone outside their family.

Martha said: In the midst of my mourning and confusion, my elder brother-in-law was running around, taking the car keys and all the important documents in the house.

The religious and cultural practices that Martha and Mary went through after the death of their husbands denied them access to sexual and reproductive human rights and dehumanized them, as they explained:

I was forced to go through a sexual cleansing ritual with my late husband's elder brother to remove the bad spirit of my husband.

The thought of HIV and AIDS scared and terrified me when I was told that I was going to have this sexual cleansing rite with the cousin of my late husband.

The time I met Martha, I was facing substantial obstacles to accessing sexual and reproductive health care.

These give a clear indication of the extent of marginalization, impoverishment, human rights and dignity violations, and sexual abuse of widows. Besides imposing further psychological violence on a person who is already grief stricken after the death of her husband, widowhood in the African culture encourages abuse of human dignity through widow stereotyping and stigmatization.

Our faith holds that "a religion that is pure and undefiled before God and the Father is this: to care for orphans and widows in their affliction" (James 1:27). It consoled me to learn that Martha found support from the women of her church:

Three months after having gone through such intense pain and suffering, I went to church to seek help from some women whom I trusted. These women were very supportive.

One of the church's first charity works was to provide care for widows (Acts 6:1-7). Widows need to find refuge and emotional support in the church.

Unfortunately, I was sad to learn that Mary could not find support at her church; rather, she experienced a restrictive and oppressive environment:

I went to our church wearing my black mourning clothes and I was told not to come to church like this. I needed a shoulder to lean on but could not find it. I just left the church and went home. I was extremely traumatized by this.

I could hear Mary's negative feelings about her isolation and stigmatization based on the church's norm. This is contrary to the Christian teaching that insists on care for widows. Both the Old Testament and the New Testament warn that any discriminatory and oppressive action against widows and orphans contravenes God's law relating to love.

God designates himself as the God of widows (Deuteronomy 10:18). The care for widows is the true measure of justice among God's people (Isaiah 1:17).

We must encourage our societies to create an environment in which widows can make real choices about their own lives without being intimidated or traumatized through practices that are disguised as religious and cultural norms. The government needs to empower them by acknowledging their fundamental rights.

In my conversation with both Martha and Mary, I became painfully aware of the role that intimidation, loneliness and fear play in the life of a widow just after the death of her husband. In counseling sessions, I used narrative therapy and externalizing conversations. I then empowered them to use their inner abilities toward adjustment to the new identity they preferred. I guided them to focus on how they resisted the abuse, rather than emphasizing the effects of the abuse on them.

I also linked Martha and Mary to significant people who helped them to reclaim their lives and enjoy their widowhood without fear or intimidation. These people planted seeds of hope, helping them with referrals and legal help and adding emotional, social and psychological support.

It has been a privilege to witness Martha and Mary taking responsibility, growing in faith and commitment, and refusing to lose courage and hope when faced with the oppressive religious and cultural practices denying them their access to their own rights as widows. I am still journeying with them, enjoying their alternative stories of living positively with widowhood. Their alternative stories show women with a lot of self-confidence, who stand up for their rights.

[Mercy Shumbamhini belongs to the Congregation of Jesus. Presently, she serves as mission developmental director of her congregation in Zimbabwe, sits on a number of boards, and lectures at the university level on social work and theology.]

Q & A with Sr. Dominica Siegel

Leadership, women and the early church

How a vegetable greenhouse bests the African sun