Cosmology for a beginner 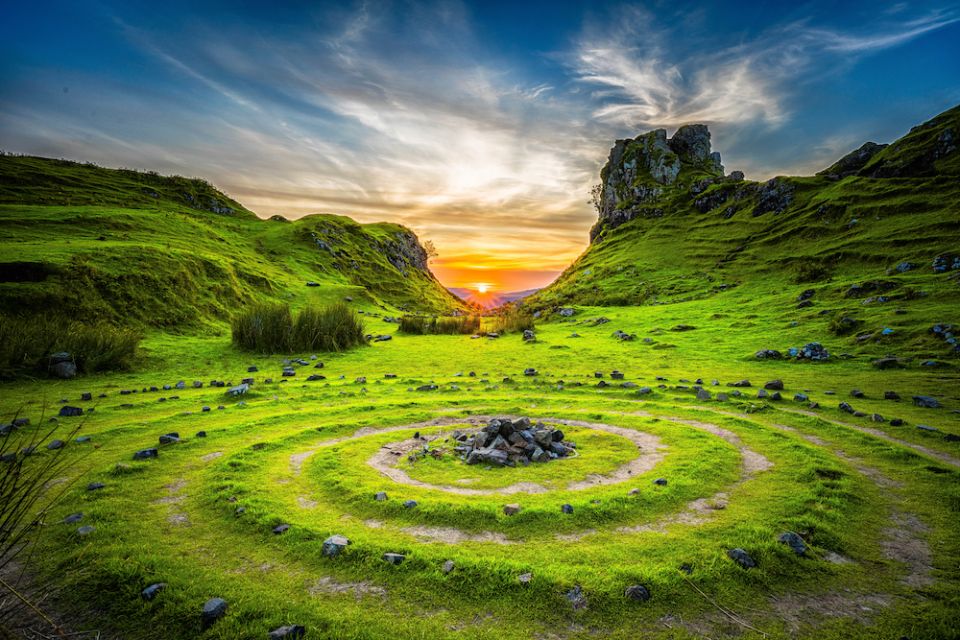 Over the years, I read many books on ecology from the experts: Pierre Teilhard de Chardin, Thomas Berry, Brian Swimme, Mary Evelyn Tucker, John Grim, Margaret MacIntyre, Wangari Matthai, Miriam MacGillis, Elizabeth Johnson, Ilia Delio and so many more. They fostered my great love for creation and pointed out elements of dysfunctional human relationships with Earth.

I also read that any consideration of ecology must include the larger functioning of cosmology (study of the universe.)

This scared me. My focus in college was English and religious education. I lasted two days in physics, changing to biology. I passed biology, but my teacher wrote on my final exam, "You don't express yourself scientifically." Because of my weak background in the sciences, I shied away from cosmology.

I often heard the phrase "learn from nature." I had no idea what this meant.

Though I saw the hand of God in all creation, I wondered what I could learn from beasts, birds, bushes and fish. Surprisingly, it was through cosmology that I learned what they teach.

In 2017, my religious community, the Sisters of St. Joseph of Springfield, Massachusetts made a Chapter Commitment: "To live in deeper union with all creation and reverently care for Earth, that all may be one."

Trying to find a deeper way to connect with nature, I read a dissertation by St. Joseph Sr. Toni Marie Nash titled "Cosmological Commitment in a Time of Planetary Crisis: Values for a Vibrant Earth." I found it difficult to understand some of the scientific examples. However, I learned what the cosmological principles were, how they work together and how to implement them into my daily living. My life changed.

Identity – tells what a subject is interiorly. Identity automatically interacts with the environment and has the capacity to change when in communion with another entity.

Communion – occurs when two identities communicate with each other.

Here's an example: When the identities of hydrogen and oxygen are in communion, they differentiate into water. In other words, when entities form communion, they produce something different.

Everything in the universe came into existence through the cosmological principles. They are the basis for evolution that operated for millions of years and continues today.

Nash states, "If identity is where the process of evolution begins, then differentiation is how it happens; it makes use of slight fluctuations and new configurations of matter to accomplish its goal, encouraging continuous innovation. When entities and species differ, evolution moves forward."

This evolutionary process happens automatically with nature but not with human behaviors. Because people possess free will, some actions regarding nature are dysfunctional.

Our generation has become more conscious of destructive practices. Consciousness is an internal awareness of new ways of being that could liberate us from these destructive behaviors. Nash asked if cosmological principles could be an alternative way to guide human behavior. She suggests:

To align with the cosmological principles is to align with the internal dynamics of the source of the universe. It is to become earthly manifestations of this divine organization. The boomerang effect can work in our favor if it helps us to participate in the dynamic unfolding of the universe. When God is imaged as the source and first model of the cosmological principles, aligning our behavior with these forces seems the only logical choice.

The practice of living cosmological principles is revolutionary and requires great conscious effort.

What would individual behavior look like if the cosmological principles were the basis of human behavior?

In other words, the human is reinvented.

What would the world and our service to people look like if individuals practiced the cosmological principles?

Both lists could go on and on. Impossible dream? But there actually is hope. Great efforts are being made today by governments and organizations to engage in system-based actions to save Earth. Technology and science are collaborating to provide facts on problems, to help play a role in transformation. However, individuals created Earth's problems and individual conversion is needed to correct it.

I've become so aware of these principles in my daily life. In many instances, I recognize them when they happen and feel challenged when they don't.

In my personal life, I saw these principles in action during the Vatican's investigation of the Leadership Conference of Women Religious (LCWR). I felt so angry at the accusations made, that I was ready to protest. Over a period of six years, these women handled the investigation with integrity, prayer and open communication, while staying true to LCWR's mission. They used cosmological principles to foster open communication to find truth. The impact of their contemplative dialogue is an ongoing influence for me.

Nash ended her dissertation with these encouraging words:

We are being called to a radical interdependence with the beings and processes of the cosmos. If radical interdependence becomes the foundation of all our actions, we will be tapping into the creative energy of the universe to address the challenges of our combined crises, finding new partners with whom to collaborate, and living into a vibrant future for the whole Earth community.

My awareness of "tapping into the creative energy of the universe" is more than an intellectual pursuit. I'm more awed by Earth's beauty, often to the point of tears. I feel a greater part of an expanding universe and recognize this as gift. Most especially, I'm grateful to move one step deeper into my loving relationship with this Divine Mystery.

[Lorraine Villemaire is a Sister of St. Joseph of Springfield with a background in English and religious education. She has over 40 years of teaching, administration and curriculum development experience. She is the author of three books on the labyrinth: The Labyrinth Experience: An Educator's Resource, The Labyrinth Program: An Educational Model for Transformation and Labyrinth Reflections.]

Read this next: Q & A with Sr. Miriam MacGillis, co-founder of Genesis Farm

Spirituality | Cosmology for a beginner

Companions for a discerning feminist