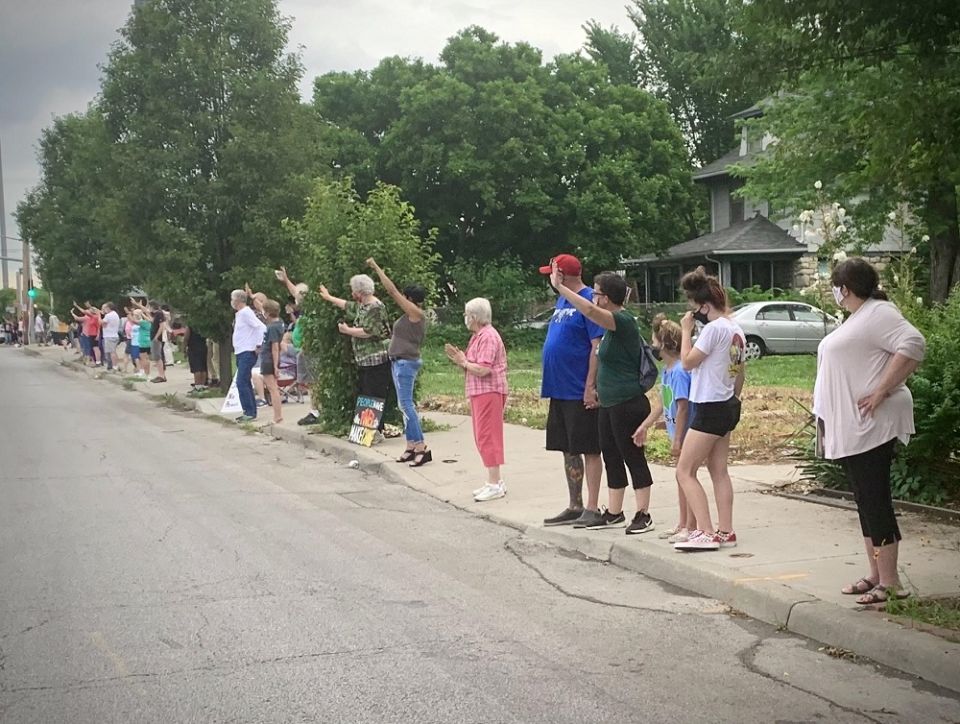 People line up along Troost Avenue in Kansas City, Missouri, for the Pray on Troost event on Juneteenth. (Courtesy of Renee Schultz)

Kansas City, Mo. — When I moved to Kansas City, Missouri, from New York City three years ago, I started looking for a parish church to call home. I tried several, but after New York, all the people at these new parishes seemed to look the same.

I was telling a friend that I would like a parish with more diversity.

"Oh!" she said confidently. "You would like St. James." And, as if this would explain it all to me, she added, "It's on Troost."

One of the major streets in KC, Troost rhymes with "roost" and is named after Dr. Benoist Troost, the city's first resident physician. Apparently, every KC resident knows (but is too politically correct to say) that Troost Avenue is the 10-mile north-south dividing line between east and west, between the economic classes, between Black and white.

Since 1908, Troost Avenue has been a symbol of institutionalized discrimination in business and politics. This "redline" used real estate covenants and development restrictions; enforced them with fear, economic penalties and discriminatory practices; and supported them with decades of discrimination and prejudice. In 2000, KC was the 11th most-segregated city in the United States, but it has improved its ranking and is now the 27th most-segregated city of 1 million people or more.

For some, Troost had become a virtual wall, a border of fear. When I was finding my way around the city in the first few weeks, I was warned about venturing east of Troost after dark. But when I first visited St. James on Troost Avenue, I walked in and saw 25 flags on the back wall, representing the countries where our parishioners are from. It was love at first sight.

At St. James, we are committed not only to diversity, but also inclusion. So I was not surprised that as our country is racked by the pandemic and the anger George Floyd's death generated, St. James joined other faith communities in the Kansas City area to celebrate Juneteenth, the oldest national celebration of the end of slavery in the United States, by helping to make a prayer chain along the length of Troost. The chain was to represent the chains of injustice we want to break and the links of love and friendship we want to forge. 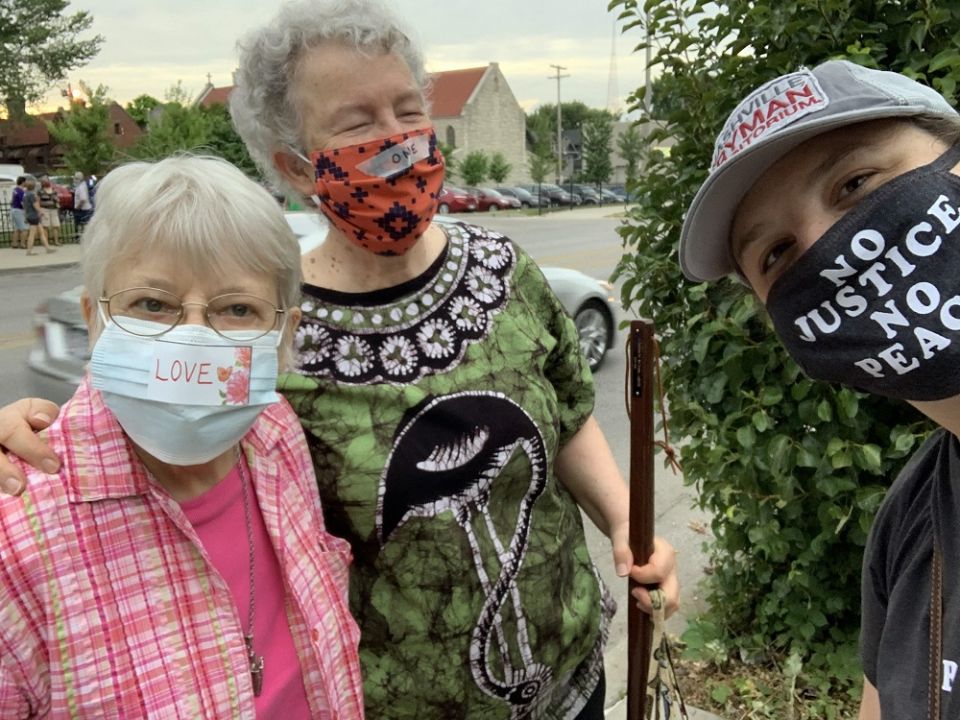 So Pray on Troost found us lined up, masked and maintaining a social distance, with instructions on how to pray for an hour's vigil. I had envisioned us standing with hands outspread and eyes closed, meditating and praying for peace and unity. But our prayer took a different form: the color of rejoicing.

Cars full of diverse people went by almost constantly, honking in support. Hands came out of all the windows: flashing a V for victory or peace, a fist pump, the Black power salute, a simple wave, or even "I love you" in American Sign Language. I was so moved, I just stood there with open hands, asking a blessing on all who went by.

And just so I would not get that glow of righteousness that comes from white privilege, the God of humility sent us a local activist, "Mama" Hakima Payne, to tell us she did not approve of this event, as it had been "co-opted by white people." So back to my diversity training!

We were supposed to come up with a one-word prayer, write it on white tape and stick it to our masks — "love," "peace," "unity." The very best one, I think, was added by a man who came up to borrow a pen and added "trust" to his mask. He explained: "Troost/trust. What once divided us can now bring us together."

My brother, from your mouth to God's ear!

Social Justice | From Troost to trust on Juneteenth

The time for reparations is now

Even in desolate times, they write love notes with radishes