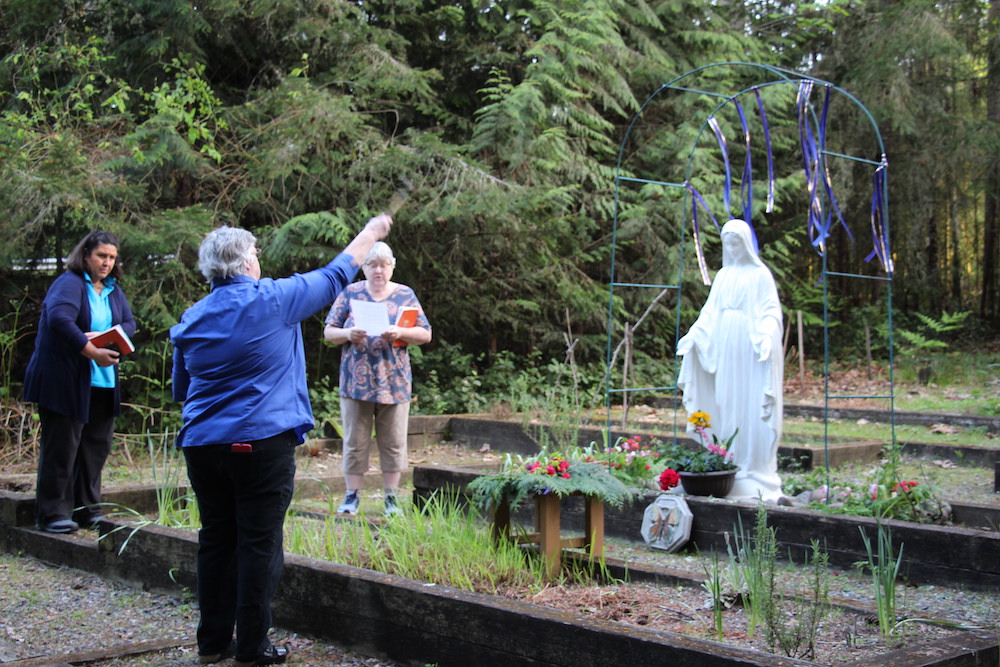 Religious life has always held a fascination for me.

While attending Catholic grade school in the 1960s, taught by Franciscan sisters, I considered a religious vocation. That possibility fell by the wayside by the time I graduated from high school.

Adulthood brought responsibilities of work and family, but there remained a recurring desire to seek out a way to serve with those in vowed ministry more deeply.

To my delight, I may have found just such an option: living as part of a religious community, without having to take vows. It's a variation of a lay association called claustral oblates.

The discovery was made when I moved to Washington state last year and became acquainted with the Benedictine Sisters at St. Placid Priory established in Lacey, near Olympia, in 1952.

The 11 sisters at St. Placid's, along with one temporarily professed and two novices, support themselves by selling hand-made artwork and through the Priory Spirituality Center, offering spiritual direction and retreats (and, since the start of COVID-19 restrictions, programs via Zoom).

Currently, I am in formation to be an oblate with the sisters. The word "oblate" predates other terms used to describe lay people formally connected to a particular religious community: associates, co-journers, companions, sojourners, co-members, affiliates, secular or third orders.

Oblates began being received at Mount Subiaco in Italy by St. Benedict in the sixth century, according to St. Gregory the Great's biography.

Whereas most oblates go about their daily lives with family and jobs while joining with the religious for study, prayer, meetings and service, the claustral oblate takes up residence within the monastery, joining the sisters for Liturgy of the Hours and in ministry.

For me, the chance to be part of a community, sharing the prayer and ministry — and all facets of life — on a daily basis, would be the ideal way to serve in a meaningful way.

"This medieval practice allowed lay people who had become Oblates to live in the monastery itself," wrote Sr. Anna-Camille Wooden in the February 2018, newsletter for St. Placid Priory (while she was a postulant, now temporary professed with the community).

Seen by the sisters as a valued part of the Benedictine heritage, "Claustral Oblates are unmarried women who for valid reasons are not able or choose not to become perpetually professed members of the monastery but through mutual discernment are accepted to live our life fully without canonical standing," reads the community's Monastic Handbook.

After a period of discernment, they lived in the monastery as an oblate for a year, then spent a year as a postulant oblate, followed by a year as a novice oblate, per the Monastic Handbook. They received the same formation as a woman intent on becoming a sister.

Well, maybe not exactly the same, as Swan pointed out. "Formation is not 'cookie cutter,' " she said. 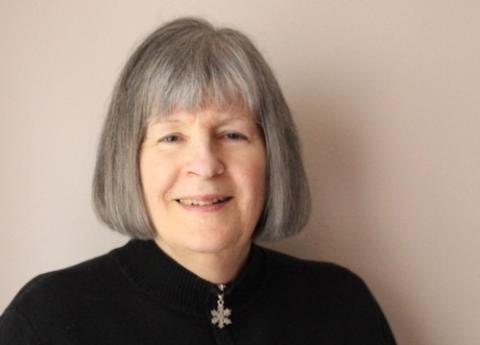 Studying the Rule of Benedict and monastic history are standard, Swan said, noting, "I try to get a sense of their background and let that help shape the program." At the conclusion of this period of formation, the claustral oblate makes an initial monastic promise – or oblation — for a minimum of two years, according to the Monastic Handbook.

As someone who's visited more than a dozen Benedictine congregations across the country, I'd been exposed to the richness of the monastic tradition, without a hope of ever being part of it. The closest I'd encountered were extern sisters in Poor Clare communities, who work outside the cloister, assisting guests and running errands.

As a journalist, I was sparked with a desire to do a bit of research. Br. Richard Oliver, editor of the website osb.org — which contains a wealth of information about the Benedictine "family" — found records for only three men's congregations that currently have claustral oblates as members of their communities in the Western Hemisphere: St. John's Abbey in Minnesota, St. Benedict's Abbey in Kansas, and San Antonio Abad (La Abadía San Antonio Abad) in Puerto Rico.

Those three monasteries are part of the American-Cassinese Congregation of Benedictines, which includes a section in their constitutions about claustral oblates, similar to that in St. Placid Priory's Monastic Handbook.

Despite the modern rarity of claustral oblates, a history of oblates on the St. John's Abbey website provides a bit of context.

Benedictine Fr. Michael Peterson, the history's author, noted how the concepts of claustral oblate and regular oblate were defined by Blessed William, Abbot of Hirschau, in the 11th century. 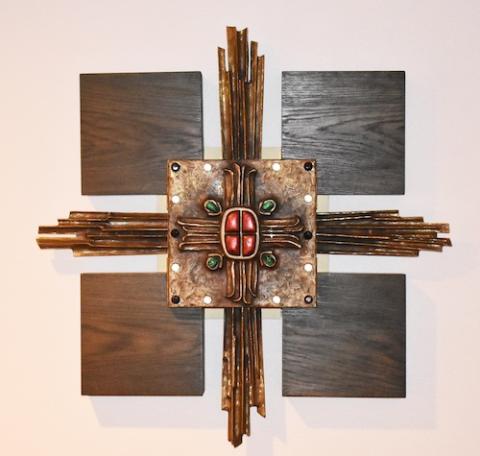 Another point of interest about claustral oblates: they don't need to be Catholic, Swan explained.

Some women who entered St. Placid Priory as claustral oblates belonged to a Protestant denomination, attending services at their local church on Sundays, but joining the sisters for daily prayer. After they left, they remained oblates and friends, Swan said.

Another reason to pursue a vocation as a claustral oblate would be due to the complicated process of dealing with past marriages.

That's the category into which I fall.

For a woman who is truly able and willing to live the monastic life, through discernment with the prioress, the decision could be made to just live the life as a claustral oblate, Swan said.

"Most people don't really realize the skills to live in community and thrive," Swan acknowledged.

Having volunteered at St. Placid Priory's Spirituality Center, keeping up the Facebook page and assisting with retreat preparations — before COVID-19 closed the buildings — I've joined the sisters at prayer and meals, and experienced their approach to community

Personally, once the doors reopen after the pandemic, I might just be first in line to try life as a claustral oblate.

A statue of St. Placid stands outside the entrance of St. Placid Priory, Lacey, Washington, where women are accepted as claustral oblates, living inside the monastery with the sisters. (Julie A. Ferraro)

[Julie A. Ferraro has been a journalist for more than 30 years, covering many topics for publications across the U.S. She currently lives in Yelm, Washington.]