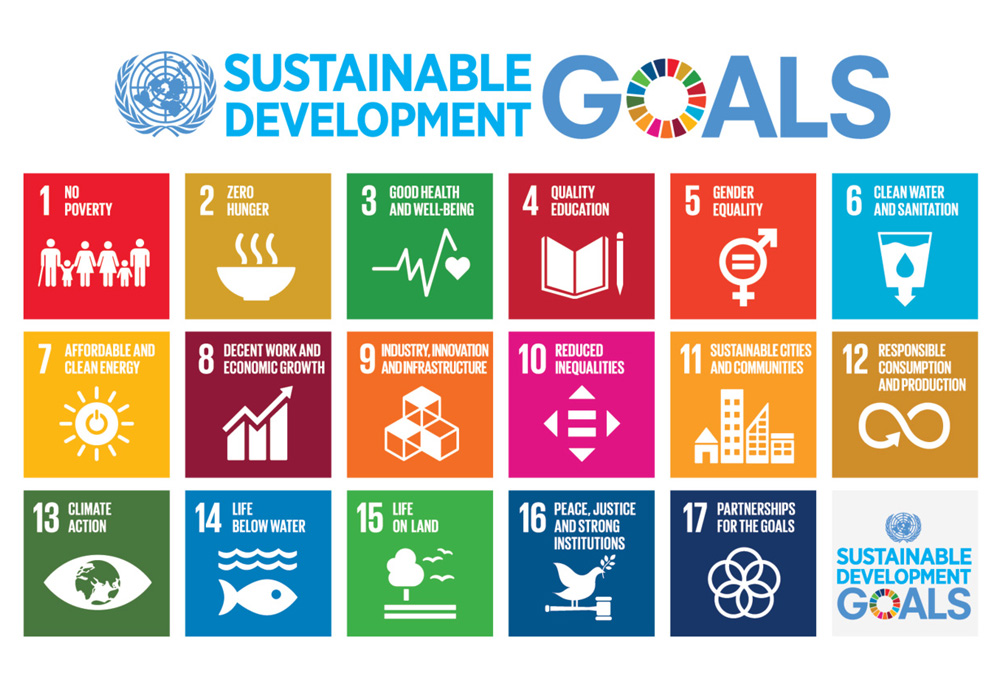 "The 2030 Agenda is our roadmap and its goals and targets are tools to get there."
—Secretary-General António Guterres

Held in New York from July 9-18, the High-level Political Forum is the global platform for the U.N. member states to give a voluntary national review on their progress, achievements and challenges in implementing the Sustainable Development Goals (or SDGs) of the 2030 Agenda for Sustainable Development. Other countries can affirm or ask questions and learn from them.

The theme this year was "empowering people and ensuring inclusiveness and equality." The Sustainable Development Goals reviewed were:

Inga Rhonda King, president of the Economic and Social Council (ECOSOC), made it clear that this year's HLPF was special, since it would inform the upcoming Sustainable Development Goal Summit in September. The UN ECOSOC President Twitter account quoted King: "I think we made headways on my two priorities to have the best #HLPF ever & to revamp @UNECOSOC."

Her reasons: This was the first time governments and stakeholders reviewed SDG 16. For the first time, inequality and human rights were discussed so emphatically. And this year (the fourth and last of the first four-year cycle) 47 countries gave their voluntary national reviews.

The days were busy for both member states and civil society, including the sisters, brothers, and priests of Religious at the UN (RUN) — who work as part of the Major Groups and in other civil society groups. We who have worked at the grassroots level are familiar with the interconnectedness of Sustainable Development Goals, the systemic issues and the human rights violations associated with it.

Many of us attended the official sessions, and we organized or cosponsored events that brought our members "on the ground" to the U.N., providing voices of real people from the grassroots, with the goal of "leaving no one behind."

I was especially touched when I heard a teenage girl from Papua New Guinea sobbing that her dreams were going down the drain; I don't think I was the only person in the audience with tears in my eyes.

Growing inequalities drive conflicts in many countries; they are serious barriers to eradicating poverty, the bedrock goal of the 2030 Agenda. But inequality is not natural or inevitable. It stems from policies, laws, cultural norms, corruption, and other issues that can be addressed.

Even though countries doing voluntary national reviews are expected to involve civil society in the preparation and presentation of the national review, very few countries do so in reality. Civil society finds other ways to give input. Several civil society groups put together a "spotlight report" under the title of "Reshaping governance for sustainability," which explored transforming institutions, shifting power, and strengthening rights. The report and its authors demanded that governments live up to their responsibilities in public finance; provided recommendations for strong institutions, and noted that market regulations are ineffective. All of them highlighted the need to rethink development control.

Several major groups used a color code to highlight the day's theme. For example, I joined the Women's Major Group in their advocacy campaign when they dressed in green to demand that money for military forces be used instead for human security for women.

Absent participants sent selfies of themselves dressed in the color of the issue they were supporting. When SDG #8 (decent work and economic growth) was discussed, the Women's Major Group dressed in red to remind delegates about the important role women play in the global workforce. With signage and tweets, they proclaimed, "If women stop, the world stops." This seemed to capture the attention of all.

Some powerful voices still echo in my ears. At the opening session I heard Yolanda Joab Mori, One Young World ambassador from Micronesia, say that the world doesn't need any more power, that we need action and "to get there we need some courage." Her words were received with prolonged applause.

Jamaican Ambassador E. Courtenay Rattray asked how a country burdened with debt could achieve the Sustainable Development Goals. He said this is the reality for many small and developing countries; even Official Development Assistance pledged by rich countries never reaches the neediest. Huge injustice and inequality exist in the world among countries and within countries.

Five young people spoke with passion at the opening of the ministerial segment held at the General Assembly, challenging the world leaders to act.

At another event a speaker from the grassroots declared that "We need to understand that the people have more power than people in power."

Growing inequality was addressed at several events; it was identified — with migration — as the reason for growing conflicts and violence around the world. According to Oxfam, 26 people in 2018 owned as much wealth as the whole bottom half of the global population. Human rights are at stake in many countries, human rights defenders are killed or threatened, or labeled as anti-nationals in many parts of the world.

Speakers described a totally derailed economic system, with concentration of wealth in the hands of a few, while climate change and exploitation of Mother Earth increases even to the extent of endangering peace.

The Permanent Mission of Germany to the U.N. organized an event, "How Protecting Human Rights Helps Maintaining Peace and Security and Thus Paves the Ground for Sustainable Development," with the German coordinator, speakers from U.N. agencies, and civil society. Their message was that the Sustainable Development Goals cannot be achieved without peace.

I enjoyed an event organized by an ecumenical group calling for a just tax system based on a biblical text as an antidote for inequality: "But Zacchaeus stood up and said to the Lord, 'Look, Lord! Here and now I give half of my possession to the poor, and if I have cheated anybody out of anything, I will pay back four times the amount.' " (Luke 19:8)

The "Zacchaeus Project" is a campaign organized by ecumenical groups calling for tax justice at global and national levels to curb the growing concentration of the wealth in the hands of an increasingly powerful few, hand in hand with increased public spending to stamp out poverty. They encourage churches to organize their finances in line with Zacchaeus' principles of just taxation, sharing resources and paying reparation for historical injustices.

Where are we as an international community? What changes need to happen in the world? To paraphrase the opening remarks of President of the General Assembly María Fernanda Espinosa Garcés: The 2030 Agenda is not a utopia; it is within our reach if we want to grasp it.

We know what we have done. We need to do more, to do it faster and make it more transformative. We can use these days to help each other and to create new partnerships.

We have a long way to go as civil societies and faith-based organizations, and we have urgent work to do: to hold our governments accountable for being "off track" and to protect our common home. Climate change and inequality are killing the peace for which we all long. Enough is enough, and we cannot afford to keep our present course. I want to remind us again: Leave no one behind.

[Originally from India, Celine Paramundayil is the international representative for the Medical Mission Sisters' nongovernmental organization at the United Nations.]