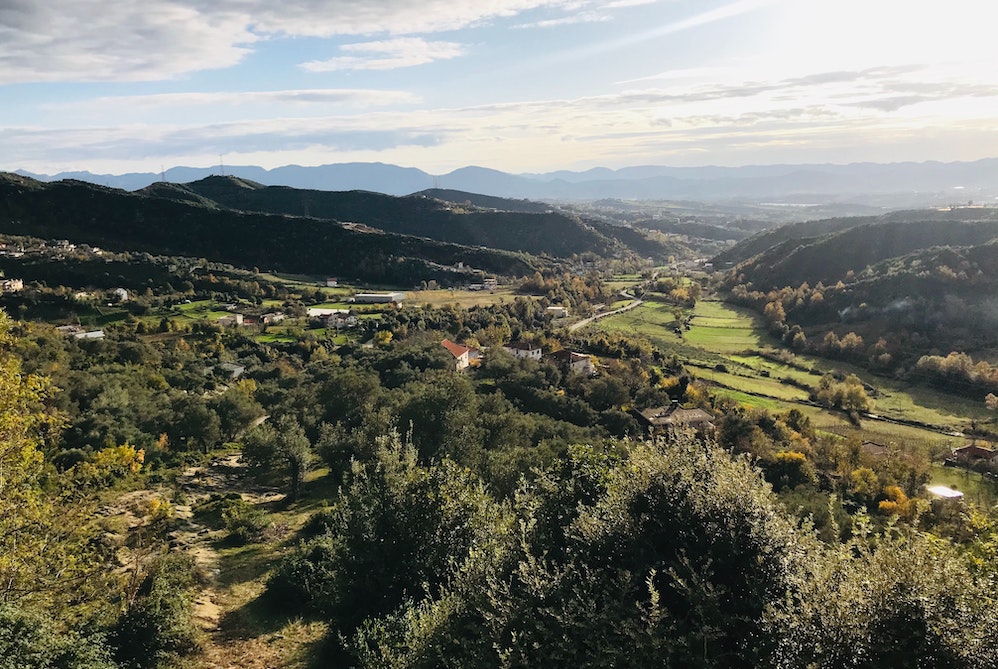 Editor's note: Feb. 8 is the International Day of Prayer and Awareness Against Human Trafficking and the feast day of St. Josephine Bakhita, patron saint of trafficking victims. Events to mark the day are listed near the end of this column and also in this related story.

Albania and the whole of the South Balkans is in a troubled state, not only because of COVID-19, but also because of the political disturbance on many of our borders that is gathering momentum. Shortly before the present pandemic, Albania suffered from a 6.4 magnitude earthquake leaving thousands homeless, injured and with at least 51 dead.

I shall never forget the trauma of this experience, which took place one November morning at 4 a.m., in 2019. Thousands of us were sitting in the cold streets for hours, shaken by the massive impact on the capitol city of Tirana where I live. Our nongovernmental organization, Mary Ward Loreto in Albania (MWL) responded fast during this time of emerging massive hunger: developing feeding and health care programs as an emergency response, serving nearly 500 families, and steadily opening the lines for online counseling and care.

Visiting the camps — still housing the homeless — has become a very sad and upsetting experience for me, as the anger deepens in many of the families. These people were promised houses so long ago by the leaders in Albania. We have managed to get funding to build three houses during this time, but it is only trust in God that keeps us from saying: "Well, what is this amongst so many?" Training programs in human and economic development continue among small groups, and also service learning and ethics training in schools. These are implemented on and offline.

Where the internet is not available, the MWL staff, with good personal protective equipment, are training in the villages and small towns, especially in the mountain regions. In the past, I visited the mountain schools in November and was shocked to experience such cold; some people do not even have running water or windows to keep the bitter wind out. Mary Ward Loreto is launching a new research project: "Perceived Causes of the Corruption and Lack of Ethics in the Education System in Albania." This is Part 11 of an earlier research project which revealed this corruption and lack of ethics.

Alongside these challenges, MWL has begun functioning in eight self-managing teams. It is great for me to see how creatively the organization is able to work during this pandemic. Six MWL Advice and Service centers — in six of the most marginalized key regions of Albania — are responding to the needs of the most abused and exploited people, mostly women and girls.

During this time of pandemic, I met a traumatized family who had been unable to pay their rent because of sudden unemployment. They were offered a bribe by the landlord, as an alternative to rent, to sell their daughter for prostitution in the slave trade of the trafficking market. This is an offense that should be prosecuted, but will this young woman be heard? Fortunately, emergency COVID-19 funding was available for the rent, until times become better.

In the U.K., I became involved in a new fund-raising initiative for Mary Ward Loreto beginning in late 2019, with group activity and 20 individual conversations. Now a new foundation has been set up based on the needs of the growing cross-border work of MWL Foundation in the U.K., where the highest number of trafficked victims over the last three years have been Albanian. The name of the new U.K. charity is Anti Modern Slavery Alliance (AMSA). The English Board of Trustees includes all the disciplines relevant to the mission — from law enforcement, legal aid, health, social work, psychology, research and the corporations.

The three-pronged objectives are: first to bring the corporations to the front of the funding needs and to engage them at a grass roots level in combating crime, especially using due diligence down the supply chains. In Albania, it is incredible for me to listen to those working in sweat shops down the supply chain. Shoes are made — that carry prestigious names from Italy — whose factory workers treat the leather with chemicals while wearing no masks or protective equipment.

I have also spoken to many of these workers working in sweat shops in the tailoring factories; rarely are they able to survive more than four years without becoming too ill to work — due to poor conditions, very long hours and an appalling wage far below the poverty line.

A second focus for AMSA is a much-needed legal aid service to work with the survivors in physical locations but — as cyber hubs — also able to respond quickly and efficiently to the real needs of survivors as they are presented. These will function under policies of trauma-informed care, human rights law, and victim protected practice.

Third, the foundation will work with and build alliances among other like-minded NGOs and statutory foundations. It will not reinvent the wheel but create a strong advocacy voice to bring about justice. Essentially, AMSA desires to support the gaps where no one else is responding to the shortfall in the essential long-term holistic care of survivors. Weak law leaves thousands of vulnerable survivors of trafficking to be an obvious prey to the traffickers and therefore to being re-trafficked while still experiencing trauma.

A couple of years ago as I sat on a street outside Euston station in London, with two undocumented East European girls who were homeless, I realized how easy it is to become trafficked on these busy streets. There were nine girls in this group, scattered throughout a small area, and but for the help of a young lawyer passing by, who had a phone and offered his help without request, we would not have been able to work together to get the necessary help they needed to survive this trauma.

Another strong commitment is being fulfilled in 31 European countries — north, south, east and west — by the NGO, Religious in Europe Networking Against Trafficking and Exploitation (RENATE). As president of RENATE and part of many groups within the network, I am feeling very blessed as the mission shows signs of greater impact in collaboration with so many other agencies. This is due to innumerable partnerships, task groups, country groups, core group, the trustees and board. The stories are being told every day.

A recent online film festival on Oct. 18, 2020, was designed to raise awareness about human trafficking. See it here if you missed it. The website of RENATE and the RENATE events website provide regular updates of upcoming events, stories and news. Please join us online and in the mission itself. We can all make a difference. Consumers have great power to change the market! The next online event celebrates an international day of prayer for St. Bakhita day, with the theme: "An Economy Without Trafficking." It will be launched as a film on the RENATE events website at 6 p.m. Central European Time on Feb. 7, to be seen across all time zones from Australia to the USA.

Thank you to everybody for your support and prayers throughout the years that our Institute of the Blessed Virgin Mary congregation has been in Albania. This is the power house behind the action, and we are all grateful.