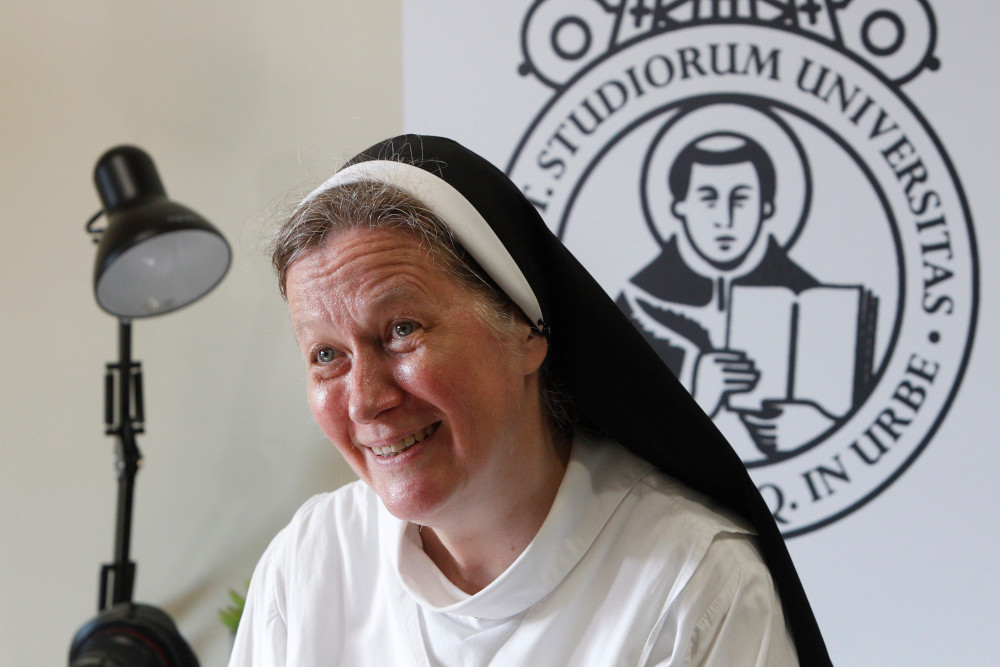 The 2007-2008 global financial crisis, the climate crisis and the COVID-19 pandemic — "these are some of the results of a too individualistic mindset," said the British Dominican, vice rector of Rome's Pontifical University of St. Thomas.

Pope Francis named Alford a member of the Pontifical Academy of Social Sciences in early September.

"We could think of some societies even today that don't give people enough individual freedom, and that's a problem," she said. "But we can also have too much of it in the sense that it leads to breakdown, [a] breakdown of communities, breakdown of relationships."

When politics means governing is simply about "blocking the other side," she said, "this is something that we can all see isn't helping us."

After working in industry and earning her Ph.D. in engineering management from Cambridge University, Alford entered the Dominicans and studied theology. She teaches Catholic social doctrine, business ethics and corporate responsibility as well as working with major corporations in London through a project called "A Blueprint for Better Business."

The pontifical academy she is joining brings together social scientists — mainly scholars in the fields of economics, sociology, law and political science — to study questions of interest to the Vatican as it develops and promotes the application of Catholic social teaching.

Alford said St. John Paul II, who established the academy in 1994, "was really important in terms of relaunching the whole idea of Catholic social thought," which teaches that the Gospel has clear and concrete principles for living together in a way that recognizes the God-given human dignity of each person and promotes societal living that is good, just and peaceful.

She said John Paul's "relaunching" was necessary after the Second Vatican Council when some experts thought Catholic social thought was "sort of bourgeois, middle class, not really Gospel-oriented."

And, in fact, the council's Pastoral Constitution on the Church in the Modern World does not use the term "Catholic social doctrine," she said. Instead, it refers to "the signs of the times" and interpreting them in the light of the Gospel — precisely what Catholic social teaching does.

Particularly with this encyclical on human labor — a document that captivated Alford while working on her dissertation at Cambridge — John Paul put renewed attention on the social implications of professing Christianity, she said. Retired Pope Benedict XVI added to the body of social encyclicals, and Francis "speeded up" the ethical and theological reflection on what it means for the church to minister in the world.

"In terms of actualization, in terms of showing that the Gospel is a liberating force in society, I think Catholic social thought is really, really impressive," Alford said.

And, because it is based on virtues, she said, Catholic social teaching naturally lends itself to interreligious dialogue and cooperation, building on common values.

That broad outreach is expected to be part of the social encyclical Francis will sign in Assisi Oct. 3; the Vatican said it will be about "fraternity and social friendship."

"We don't want to throw individual freedom out — that's good — but it needs to be put back into a bigger vision of a good human life," Alford said. If a person believes that doing something good for someone else always involves "a loss for me," then "we've got a problem."

Part of the task of Catholic social teaching, she said, is to help people realize that promoting the common good is not simply altruistic, but also is a matter of recognizing their own connections to others and nourishing their own need for relationships.