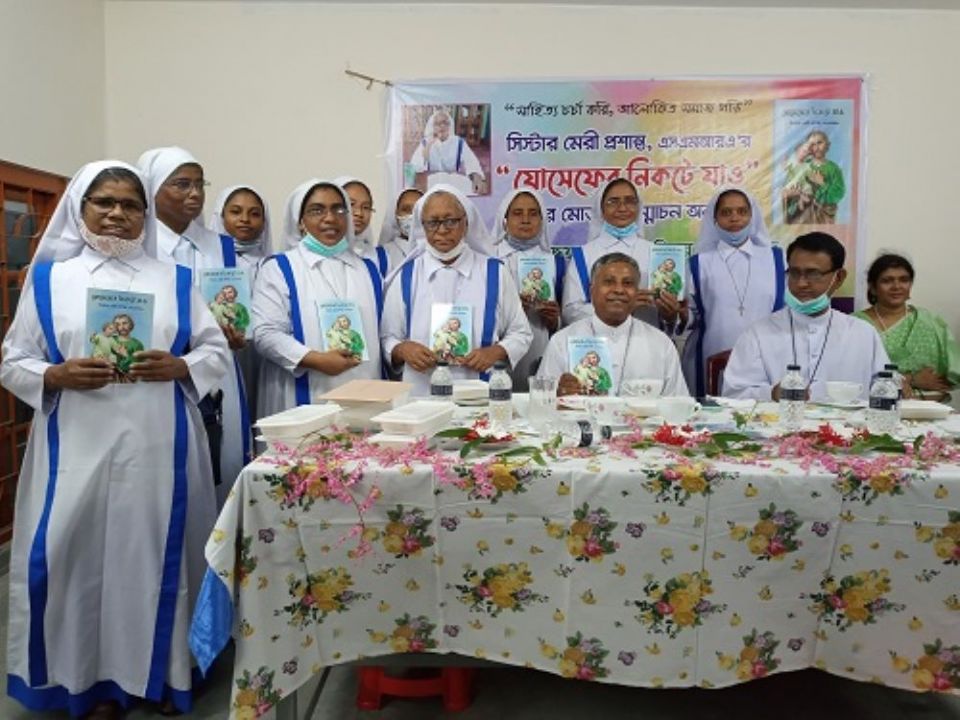 Sr. Mary Proshanta of the Associates of Mary Queen of the Apostles and guests celebrate the Sept. 17 release of Proshanta's book, "Go to Saint Joseph." It is the first book on St. Joseph to be written in Bangla. (Sumon Corraya)

The faithful in Bangladesh now have a book on St. Joseph in their own language.

Sr. Mary Proshanta, a member of the Associates of Mary, Queen of the Apostles, compiled the book from the previously published works of the Daughters of St. Anne and the Catholic mission in Kolkata, India, and translated it to Bangla. Go to Saint Joseph was released Sept. 17.

Pope Francis declared 2021 a "Year of St. Joseph," and the Dhaka Archdiocese had planned several events on the topic, but all were canceled because of the pandemic, making Proshanta's work especially useful.

"In our country, we don't have any books on St. Joseph in the local language," said Archbishop Bejoy D'Cruze of Dhaka. "It is a timely initiative of Sister Proshanta. This book has enriched Christian literature."

Proshanta said she had searched for books about St. Joseph in Bangla but could not find any.

"In the past, I prayed to St. Joseph, and I received an answer to my prayer," she said. "I have attraction and devotion to him, so I decided to write a book on him."

The original work was published 70 years ago, and the Daughters of St. Anne and the Catholic mission in Kolkata gave Proshanta permission to publish the translation.

Sr. Valerie Heinonen, an Ursuline Sister of Tildonk known for her more than four decades of work in corporate responsibility, died Sept. 18. She was 80.

When Heinonen retired from her position as director of shareholder advocacy at Mercy Investment Services in 2019, the announcement said her name "has been synonymous with shareholder advocacy and corporate engagement." She worked with the Interfaith Center on Corporate Responsibility, was the shareholder representative for the Sisters of Mercy and the Dominican Sisters of Hope, and helped with her own community's financial planning.

Born Jan. 19, 1941, in Bayport, New York, to Gunnar and Rose Heinonen, she joined the Ursulines of Tildonk at age 17 and after final vows had a 13-year teaching career.

In 1976, Heinonen began her career in shareholder activism at the Interfaith Center on Corporate Responsibility, where for 20 years she served as the program director for militarism, global finance, and community economic development. Her work helped change the policy of Dick's Sporting Goods in 2018 to stop selling assault rifles and high-capacity magazines and to raise the minimum age for those wishing to buy a gun. 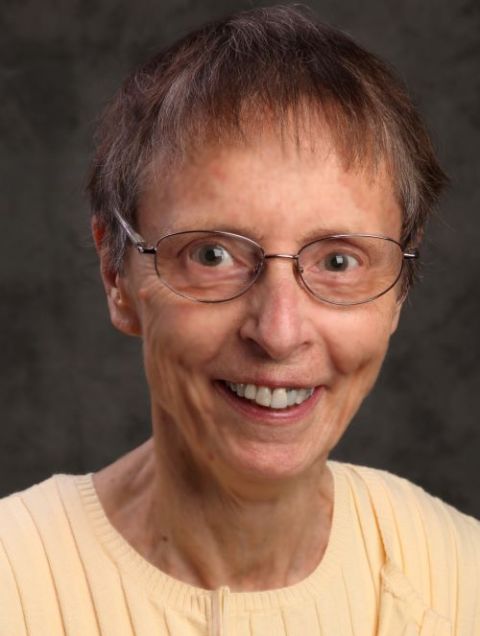 Quoted by the New York Times, the Washington Post and PBS, Heinonen was also an active and familiar participant in shareholder meetings across the country. For decades, she urged companies to recognize their responsibility and to fund affordable housing, limit weapon sales by defense contractors, lessen their environmental impact and pay attention to human rights issues.

Cathy Rowan, chairperson of Mercy Investment Services' board of directors, said in the retirement announcement: "Sister Valerie is a promoter and defender of human rights — such as the right to housing, the rights of indigenous peoples, and the right to live in a clean and safe environment — in the hundreds of meetings with corporations that she has had over the decades. She is a mentor and friend whose integrity is deeply respected by shareholder advocates and corporate leaders."

Heinonen's obituary says she will be cremated and a Mass in celebration of her life will be planned for a time convenient for her family. 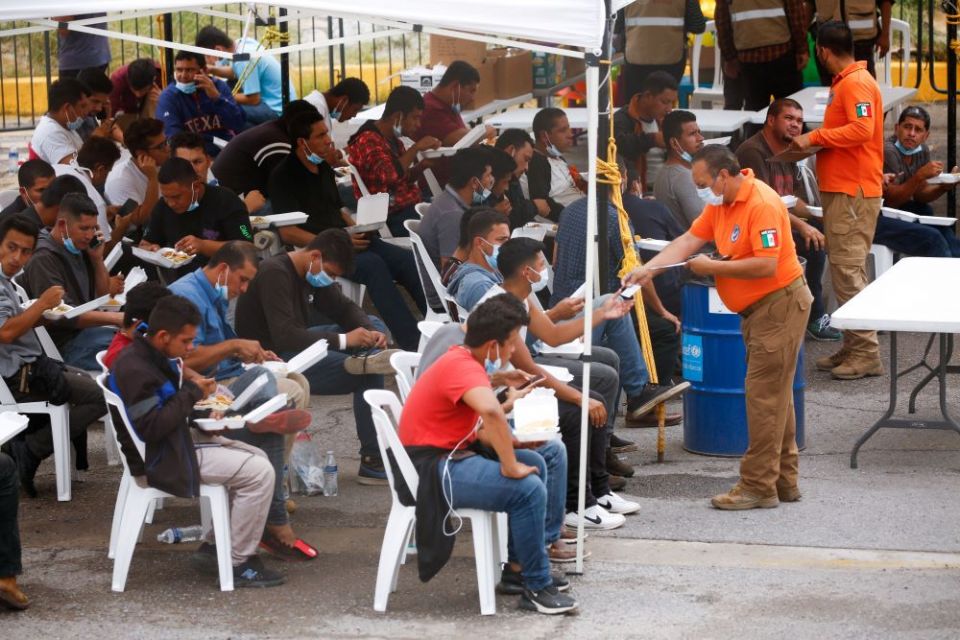 A health worker tends to a coronavirus patient Aug. 20 in the chapel of Quezon City General Hospital, which was turned into a COVID-19 ward amid rising delta variant infections in the Philippines. (CNS/Reuters/Eloisa Lopez)

Migrants in the Mexican border city of Ciudad Juárez will be able to provide food for their families and generate income thanks to a project to sustainably produce vegetables and tilapia.

The project is a partnership between the Hope Border Institute; Bishop Mark Seitz of the Diocese of El Paso, Texas; and the San Matías Migrant Shelter in Ciudad Juárez.

The Trump administration's Migrant Protection Protocols, also known as the "Remain in Mexico" policy, requires most people seeking asylum in the United States to wait outside the country until their cases can be heard. President Joe Biden has moved to rescind the policy, but that decision is tied up in the courts. Meanwhile, thousands wait in shelters, on the street, or in camps, often in squalid conditions.

The wait for an asylum hearing can be months; the new program will allow migrants to sustain their families until their cases are heard.

Fr. Héctor Trejo, director of the San Matías Migrant Shelter, said in a written statement the project "will contribute to a more dignified life for migrant families by helping them meet their basic needs."

"This project is a source of hope at a time when governments in the region are taking even more extreme approaches to migration," Corbett said in the statement. "People on the move are bringing new life to our community and helping us to realize that we can build a border community that is more compassionate, more sustainable and more sensitive to the environment." 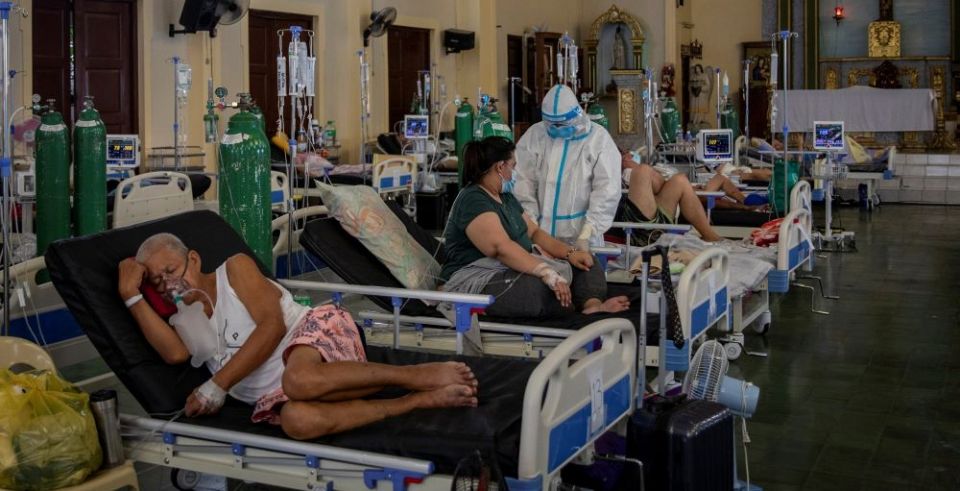 A health worker tends to a coronavirus patient Aug. 20 in the chapel of Quezon City General Hospital, which was turned into a COVID-19 ward amid rising delta variant infections in the Philippines. (CNS/Reuters/Eloisa Lopez)

More sisters in the Philippines test positive for COVID-19

Global Sisters Report noted in the Aug. 30 Monday Starter that in the Philippines, 24 Carmelite sisters, nine monastery staff, and the archbishop of Jaro had all tested positive for the coronavirus, and four of the sisters had died.

Now, Catholic News Agency reports that the Congregation of the Religious of the Virgin Mary said that 62 of its nuns and at least 50 of its staff have tested positive, and the Holy Spirit Sisters reported 22 COVID-19 cases — 13 sisters and nine staff members — and one death.

The staff at the Holy Spirit Sisters convent had been vaccinated, CNA reported, but the sisters were still waiting for their shots. Though the sisters seldom leave the convent, officials said an asymptomatic visitor may have spread the virus.

[Sumon Corraya in Dhaka, Bangladesh, contributed to this Monday Starter.]

Nine deaths at Latham convent tied to the coronavirus