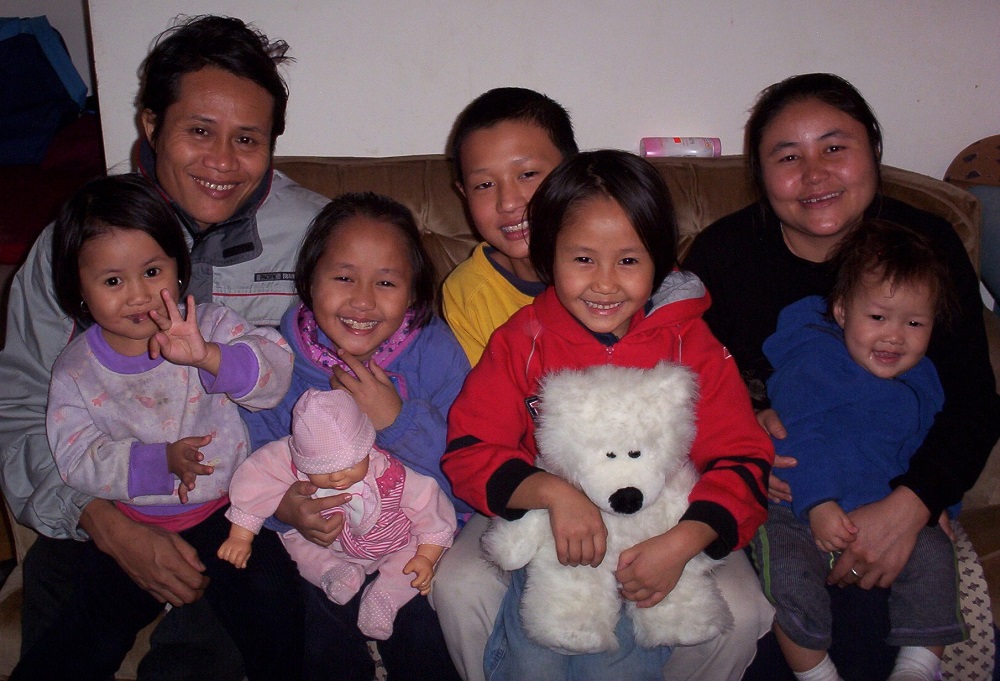 It was Shrove Tuesday. It took four hours and 20 minutes from door to door.

After I finally dropped the children and their father off at home, I thought about stopping at the Polish bakery to get the pre-Ash Wednesday treat, a tradition in Cleveland, Ohio. Twelve seemed like a nice number. I wanted to get 12 paczki to take home, and my fantasy was to eat all 12 of the jelly donuts with hot and strong black coffee. I didn't buy any, but an entire morning waiting nudged me toward the edge of absurdity.

A Burmese refugee family that I mentor had recently arrived in Cleveland. At their home, I sat in a chair and waited in their sparsely furnished living room as they got ready for their appointment at the health clinic. The family sat on the floor, tying shoes, saying goodbye to Mom and the two babies who stayed behind. The babies would have their turn on another day.

In the car, Bway, the oldest son, sat in the front with me. Dad and the two girls sat in the back seat. Our destination was a public health clinic deep in the poorest and most disadvantaged neighborhood of the east side of Cleveland. Bway was glued to the window as he noticed that the people walking on the sidewalk were all Black. In his young life, he had only known Asian and, now, white people.

All refugees who are resettled are given several health evaluations once they arrive. The children were used to doctors and nurses. I did not tell them they would be getting a shot in the arm this time. No need for terror on the ride over. A moment in the exam room would be long enough.

Once we arrived, the waiting room was filled with other people who are poor. Mostly Black. Bway was still intrigued. There were lots of locals waiting for appointments and prescriptions to be filled. Lots of locals and four refugees. And me.

It seemed as though we were all bumps on a log until our name was called to go upstairs to the next waiting room in order to wait until we could be called into the exam room, where we could be seated to wait for the nurse or the doctor. A nurse came in. All business. Needles evident. These were strong kids. No problem offering their arms. No evidence of terror. No wincing or crying. Just doing what they had to do. Post-injection, another wait to get the discharge papers printed.

I wondered as we waited how long it would take to get used to it. To get used to being a bump on a log in one waiting room or another.

The family I had driven to the clinic did not seem to mind. I think they are used to being patient. And strong.

And, of course, I did not eat 12 jelly-filled Polish donuts. Not even one. But I kept thinking about the waiting and the people who shared that space with me for four hours.

Those of us who know refugee families in our town know that they are poor. But not in spirit. Not in heart. Not in determination. And certainly not in the ability to endure. They are grateful to be here. To get immunizations. To have a simple home and friends who look out for them. For entry-level jobs that give them dignity and the ability to provide the very basics for their families.

I know these refugee children who had to wait so long for their shots. I have been in their home. I have visited their school and met their teachers. They take their studies seriously and are good students. In the near future, they will become American citizens. Educated kids who will be near the top or at the top of their class. Perhaps a doctor or two among them who will understand that this kind of waiting is not appropriate. Who will learn from their own experience that all are deserving of the dignity that they themselves were denied when they waited patiently at a clinic for three hours and 50 minutes for medicine meant to keep them healthy.

There is no denying that they suffered severe persecution for the sake of justice before they arrived on our shores. They fled violence in their home country of Burma on foot to a refugee camp in Thailand. After years of waiting, they were finally relocated to Cleveland, where they were able then to leave fear behind.

So that means, according to Jesus and the Sermon on the Mount, that the kingdom of heaven will be theirs. And since God knows better than any of us how patient they have been, I have no doubt that when the time comes, God will be right there to welcome them. No waiting necessary. And they will be ready, willing and able to claim their kingdom.

I would bet at least one jelly-filled donut on it.