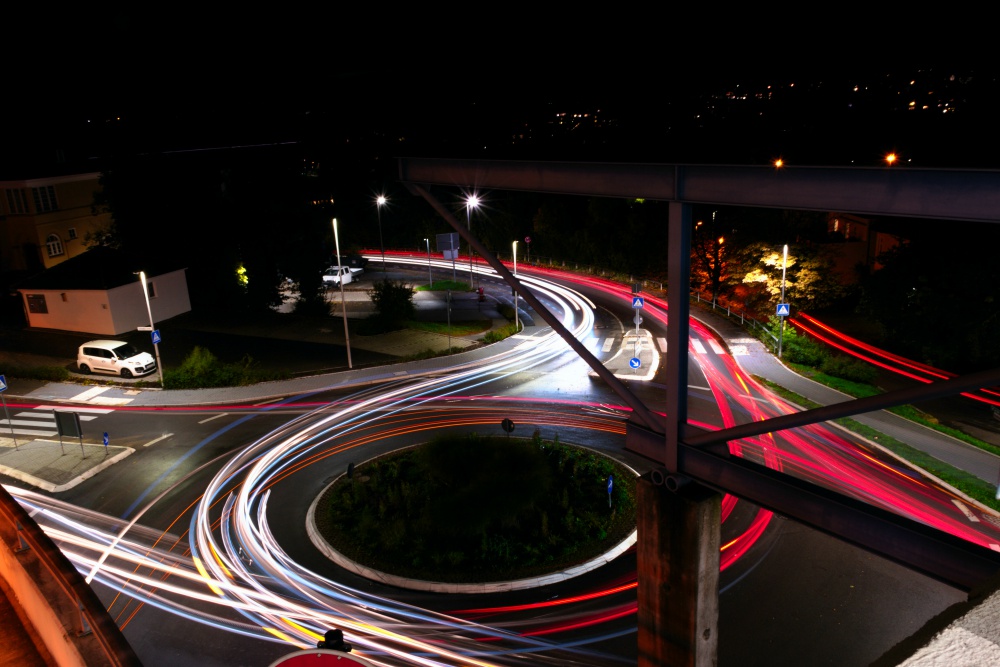 We can thank the British for an invention more than 50 years ago that has made automobile deriving safer for us. This invention is the traffic roundabout.

The concept is quite simple, really. Instead of traffic totally stopping at an intersection before heading in the desired direction, traffic doesn't stop in a roundabout. It merely slows down to create a one-way continuous circular approach around the intersection. The driver enters the roundabout and exits on the desired intersection street.

A traffic roundabout's benefits include:

Not long ago, a familiar intersection near where I live was changed into a roundabout. At first, there was microsecond confusion about how this worked, but drivers quickly caught on. It's easier to understand how the roundabout works by driving it rather than explaining it. Now the roundabout is second nature.

I was skittish about using the roundabout the first time. Because one must enter the traffic stream, what was it like to actually get into the circular traffic flow? Could I do that safely? Would other cars let me in?

It didn't take long to feel confident about using the roundabout and, recently being so experienced in using this, it occurred to me that society would be better if we all practiced these roundabout principles even when we're not driving:

Principle No. 1: You start by paying attention to everyone else.

Principle No. 2: You finish by others paying attention to you.

The term "civil society" can mean several things, including the combination of societal elements like business, politics, labor and family. Instead of that, I choose to focus on the civility needed in society in order for us to show courtesy and respect to each other. My term is "civilized behavior society."

If my behavior is considerate, then that improves and builds up society. Being courteous to you doesn't diminish me. If society demonstrated the above roundabout principles, this wisdom could prevail:

Demographics don't matter in a roundabout. Not wealth or race or political party or creed. We're all just cars united in the brief activity of negotiating an intersection.

A roundabout can provide us several takeaways:

Society would be better for all of us being more considerate of others.

Consider the Black Lives Matter effort and the reality of racial inequality. I would naturally appreciate my neighbor. I would be engaged in the give-and-take of daily life without focusing on the color of skin. All come along and no one is left behind.

Consider the strict party lines that are being exhibited in our U.S. Congress. If senators and representatives cared about getting things accomplished for constituents, the constant and inveterate bickering along party lines wouldn't be the norm.