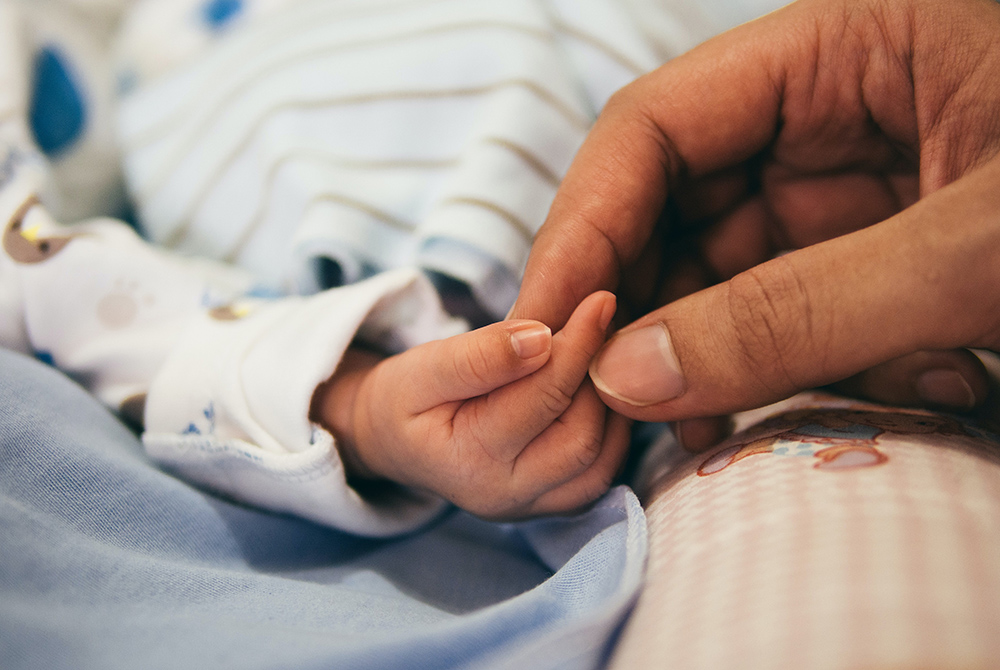 It's funny the things we remember from our childhood. The little rituals we carry with us into adulthood.

As a child, I can remember the soft jangle of the cross my father wore around his neck clattering against his Miraculous Medal as he settled by my bedside to put me to sleep. I recall the way my tiny fingers traced the image of Mary on the medal as I drifted off to sleep. My mother meanwhile would, as she still does from time to time, trace a cross across my forehead. And there in the moments before bed, I felt safe and secure, surrounded by the love of my parents and assured, without any words, of the loving presence of God in the stillness of the moment.

Traditions like these imprint themselves on our little lives and grow along with us. All these years later, I can still hear the jangle of my father's necklace as I fiddle with my own and feel my mother's thumb as I trace my own brow. Truly, these little rituals serve as touchstones to a much bigger story.

With this thought in mind, I set out the first Christmas after my nephew and godson was born with a mission in mind: to find a way to make those kinds of memories.

As much as it was my nephew's first Christmas, it was also my brother's first Christmas as a father. Having just begun my formation as a Sister of St. Joseph, I prayed about what might be the best gift for memory making. Thoughts of experiences and adventures whizzed through my mind. Yet, as I prayed, I found my fingers tracing the small medal that hung around my neck, transporting me back to those bedside moments.

"Go to Joseph." I thought to myself.

By Christmas morning, a tiny box sat beneath the tree for my brother: a perfect-sized St. Joseph medal for little fingers to trace.

Joseph, after all, is a father to us all. He is an everyday saint. A man of few words, whose love of God was reflected in the way he loved those around him.

As we celebrate Father's Day in the United States and in places around the world this weekend, I believe Joseph offers us an example of a father whose faithfulness is ingrained in each of us.

In Joseph, we find a mirror of God's love in action and a quiet companion who gives witness to the steadfast faith and willing courage of a person totally obedient and fully given to God. Whether in his dreams, his work or his fatherhood, Joseph shows us that faith takes many forms. 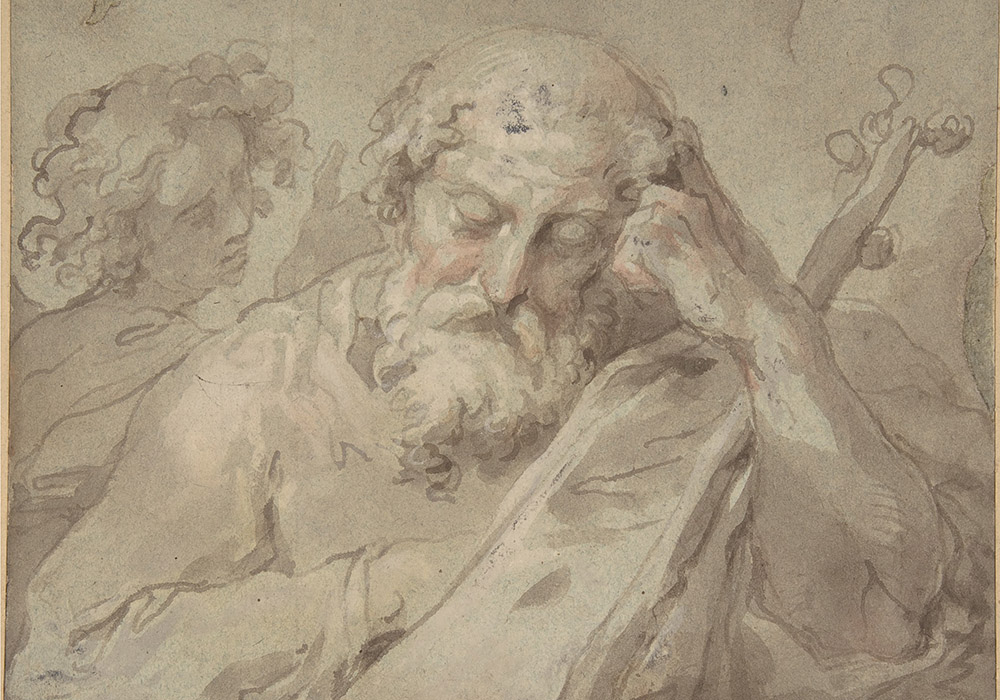 "The Dream of Saint Joseph," Anonymous, Italian, first half of the 18th century, in ink (Metropolitan Museum of Art)

As a dreamer, Joseph reveals to us that God's dreams are meant to put us in touch with reality rather than helping us to escape it. "Joseph did not hesitate to obey, regardless of the hardship involved." Pope Francis has written about Joseph's response to his dreams. In each case, Joseph faced the reality at hand, be it taking Mary into his home, uprooting his family to go to Egypt, or returning to Israel by one way or another. In each case, Joseph was attentive to God's message, realizing that these dreams were bigger than just him. Thus, Joseph shows us that our dreams are meant to serve the world, not just ourselves. By our obedience, we engage the realities of the moment and with God we are able to act in ways that serve the greater good and God's greater glory.

As a worker, Joseph shows us that we are called to be co-creators with God and that such creation takes hard work, courage and an ability to adapt to the needs of the moment. Joseph made a way even when one was not necessarily clear. "God always finds a way to save us," Pope Francis exhorts in "Patris Corde," "provided we show the same creative courage as the carpenter of Nazareth." With creative courage, Joseph transformed problems into possibilities and made a life for his family (and all of us) through his indominable engagement with the Spirit's call and Love's inspiration. Our call, then, is to get our hands dirty in the service of God's plan, working joyfully and giving witness to the value and dignity of all peoples' work.

Finally, as a father, Joseph demonstrates the power of love, given freely and abundantly, to foster life in our world. Although Joseph was not Jesus' biological father, we see the evidence of his love in the life of Jesus. Joseph's loving spirit, care for all people, faithfulness to God's call, and protection of the most vulnerable is no doubt seen in his foster son. Jesus learned from Joseph and Joseph provided the space in which a young Jesus could flourish. We can only hope to do the same for those entrusted to our care.

Recalling my gift to my brother many Christmases ago, I wonder what the impact of that medal has been. To be honest, I don't know if he ever wears it. Yet, I know Joseph is with him and his children all the same. I can see it in his gentleness, hear it in tender moments, feel it in their drive to do good, and sense it in the quiet confidence of a father doing his best to bring his sons' light to full flame in the world.

As we mark this Father's Day, may our prayer be that we may become more like Joseph: faithful and fully given to God's will, obedient in our discerning and dreaming, resourceful in our work of co-creation, and loving and tender in our embrace of all who we meet.

May we go to Joseph and discover with him God's dream alive in each of us.