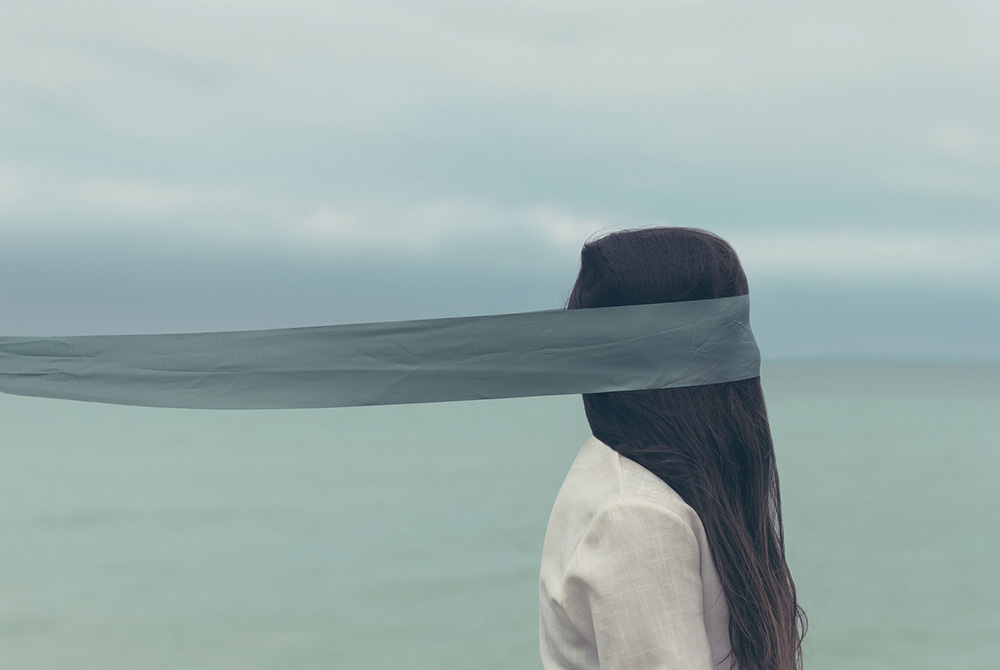 On June 14, I sat in a pew at a local parish for the first time in months. After weeks of virtual celebrations, I found it fitting that we would gather in-person on the feast of the Body and Blood of Christ. It felt good to be together as a communal body. Though our faces were partially covered, the familiar space and feeling of ritual allowed the anxiety of gathering to succumb, for a moment, to the peace of place and presence.

I cherished the peace, yet, as I listened to the presider's homily and then to the prayers of the faithful, I winced — not at what was being said, but what wasn't.

We prayed for an end of violence, for peace, and for those working to end injustice, never once using the words race or racism, let alone "Black Lives Matter."

In the wake of the brutal murder of George Floyd and weeks of protests that swelled across the country and on our city streets, there was an implicit silence. This parish, which I'd come to know as progressive, failed to name the racism and white privilege/supremacy that has been thrust into the public consciousness.

I also winced because I knew that most Sundays before that I wouldn't have batted an eye at the absence of the issue and these words from the preacher's mouth or our communal prayer. Speaking of justice and peace would have soothed my soul and I would have been able to carry on as usual without even noticing the omission. Yet, now, rightfully, everything seems far from normal.

"There is no way to tell the truth about race in this country without white people becoming uncomfortable." Bryan Massingale poignantly writes, "Because the plain truth is that if it were up to people of color, racism would have been resolved, over and done, a long time ago. The only reason for racism's persistence is that white people continue to benefit from it."

That last line from Massingale's must-read op-ed on white privilege and what we can do about it continues to stick with me. This is not a problem separate from me or the church or my religious congregation. It is something whose effects I witness on a daily basis — be it in the classroom with students from Central and South America, watching students at our local inner city public school line up for laptops months after instruction went online, or meeting with neighbors, a majority of whom are Black and Latino, in need of food assistance and other basic needs.

We serve the needs we are aware of and learn the stories of those we walk with, all while striving to root out the causes of such racism. In the end, however, if we are honest with ourselves, we also must face the fact that we — a congregation of women religious that is predominantly white — benefit from unjust systems and perpetuate, despite our best efforts, implicit biases and cultural norms based on our whiteness.

The demand to admit and counteract our personal, ecclesial, societal, and congregational blindness to racism is clear. As Sr. Mumbi Kigutha clearly conveyed in these pages a few weeks ago, we must "move from a place of tokenism to a place of egalitarianism," making efforts across the board to "critically interrogate" as well as recognize, celebrate and proclaim that Black Lives Matter. 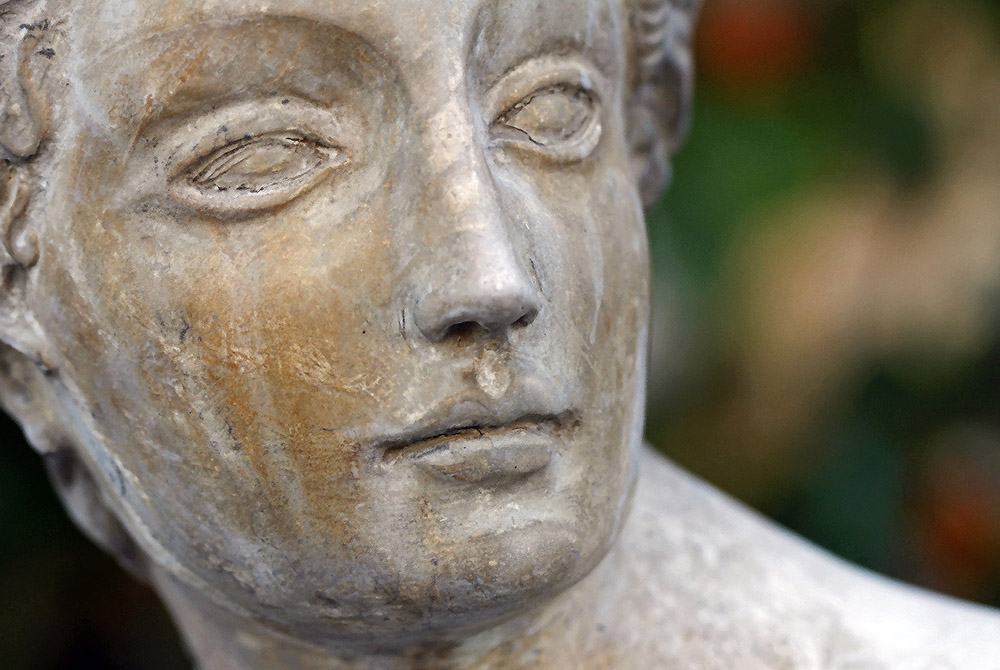 So often we pray to have our eyes opened, to see as God sees. Perhaps the first step in gaining that vision is admitting our blindness. Awakening to the fact that we might not be seeing everything is an unsettling admission. It pushes us to expand our vision, to let new light illuminate the larger reality of the world we may never have seen or wanted to see.

These past few weeks, I've heard stories of individuals in staff meetings asking for forgiveness of transgressions in sweeping statements like "if I've ever done anything to offend anyone, please accept my apology." I don't doubt the sincerity of these statements but I wonder if they are meant more to make the offender feel better than to name specific transgressions, to do the work of identifying and naming microaggressions in everyday life, or to admit to (and begin to see) the ways in which those of us in the majority have benefited and continue to benefit from a society that assumes that white lives matter more, good intentions can carry the day, and that white lives are innocent, good and somehow more worthy of protection than others.

In the same way, I think about the multitude of black squares that "blacked out" Instagram in early June in an effort to amplify black voices. This act which genuinely intended to raise awareness instead ended up largely playing out as performative allyship, giving those from non-marginalized groups who posted it a sense of having done the right thing without really helping the marginalized groups it was intended to benefit.

If we remain blind to our actions and intentions, carrying on what is "normal" and thus perpetuating the racism ingrained in our society, we serve only ourselves and impede the work of movements that are trying to create change. Our intentions, which I believe are good, can unintentionally cause harm to our sisters and brothers. Without a critical eye, we can never see what we are blind to — and without naming our blind spots and those in the people we interact with, we can never hope to have the open eyes we've prayed for.

Once we can admit our blindness, we can see our blind spots more clearly.

For the past few years, I've gone to a local rec center in the city of Camden early each morning to work out. Within the first few months, I became friendly with the people who would arrive at the same time. Because it was so early, we needed to be buzzed from one part of the building to the next. The security guard on duty was notoriously tired by the time we arrived at the end of his all-night shift. One morning, two men, both of whom were black, and I arrived at the same time but the security guard was nowhere to be found.

Having seen him push the button on the desk numerous times, I wondered aloud if we might go behind the desk and do the same. My two companions looked right at me and quickly responded they were fine waiting as I craned my neck to better see the button; just then the security guard emerged from the back office wiping the sleep from his eyes. The men chuckled nervously and the guard buzzed us in. Recounting the story to a friend later that day, I heard my own confusion at the men's reaction. Then, like a light bulb going off, I realized how blind (and privileged) I had been.

I have work to do. (We all do.) More work than I can even realize at this point. I don't say this to be commended or comforted; I am simply acknowledging the uncomfortable grace I'm encountering.

This does not cover all the areas of our/my blindness. Nor does it offer an answer (or answers) to the issue of racism. In writing it, I had to admit to my blind spots and shortcomings and the inadequacies of my language. I had to face the inadequacy of the energy I have put forth in becoming anti-racist and better educating myself about the struggles of my Black and brown sisters and brothers.

In all honesty, this is an unfinished piece because we as a society and as groups and individuals are in an unfinished process. Acknowledging this fact is not to dismiss it but to underscore the work yet to be done. I pray that we all might have the presence of mind and heart to go deeper, to lift up voices we have failed to hear or seek out to listen to before, and to humbly see our blindness and illuminate it as we continue to engage in the work of change.

[A Sister of St. Joseph of Philadelphia, Colleen Gibson is the author of the blog Wandering in Wonder and has been published work in various periodicals including America, Commonweal and Give Us This Day. She currently serves as coordinator of services at the Sisters of St. Joseph Neighborhood Center in Camden, New Jersey.]